Super Rugby has seen its fair share of dominant squads over the years, with the lantern passed between several clubs in the competition’s history. The current era sees the Crusaders as the benchmark.

The Crusaders are currently enjoying an impressive 19-game winning streak, the longest of any team in the history of Super Rugby. Indeed, the squad now look primed to become the first team in competition history to win 20 consecutive games.

The feat multiplies in importance when we understand that the Crusaders are one of only five teams (Lions, Blues, Bulls, Hurricanes) to have ever won 10 or more consecutive Super Rugby games - the Crusaders are set to double that.

The last three Super Rugby seasons have seen the Lions, Hurricanes, and Crusaders either enter the top five longest winning streaks or consolidate their position. 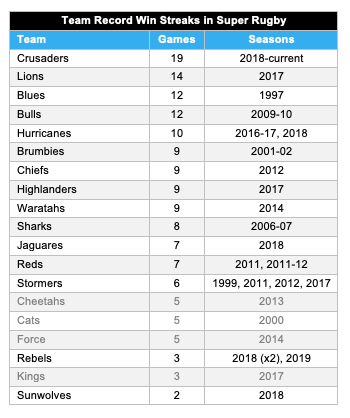 The Blues were the first team to string together 10 successive victories in their 12-game span in the 1997 campaign, followed by the Bulls who would stretch their exploits across the 2009 and 2010 seasons.

As of yet, no Australian team has managed to swing more than nine straight wins on the bounce in Super Rugby, though the Brumbies (2001-02) and NSW Waratahs (2014) came close.

The Jaguares have already managed to register an impressive seven-game winning streak in their young Super Rugby tenure, better than seven other teams in the competition’s history, including a Stormers side that has missed just one season since the competition began in 1996. 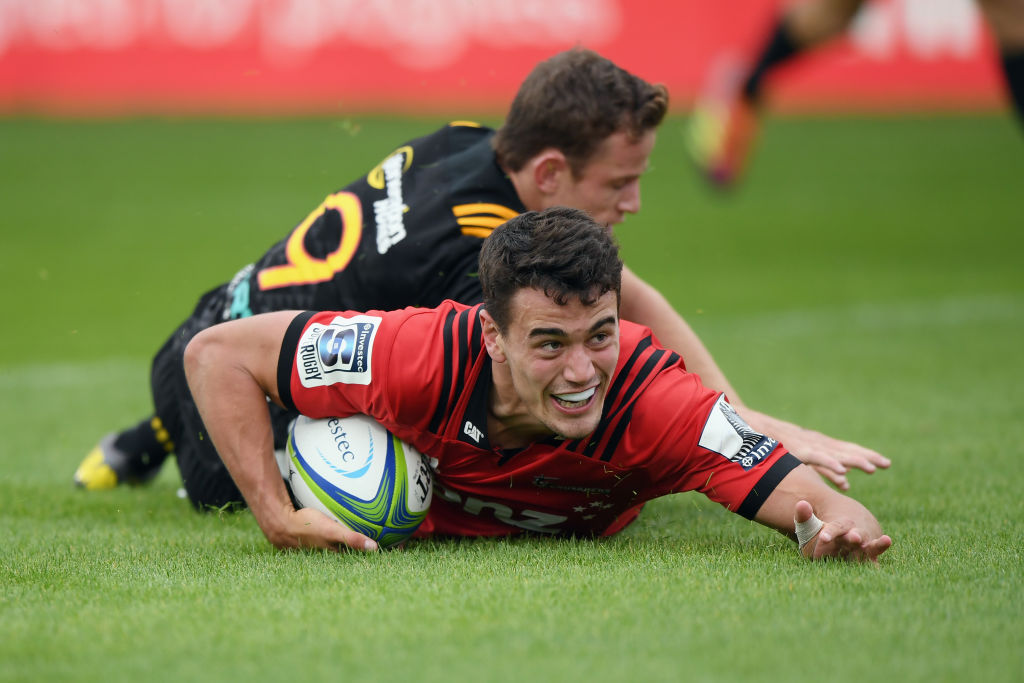 Another young star Will Jordan now starring for the Crusaders