The All Blacks put one hand on the Tri-Nations trophy as they bounced back in style with a 38-0 bonus-point win over Argentina in Newcastle.

In a fast-paced and entertaining encounter, New Zealand enjoyed the bulk of the territory and possession, and though they had to work hard to break down Argentina's defence, they showed great patience to eventually outscore their opponents five tries to nil.

Replacement back Will Jordan led the way with a brace of five-pointers and their other tries were scored by Dane Coles, Ardie Savea and Patrick Tuipulotu, with Richie Mo'unga finishing with a 13-point haul courtesy of five conversions and a penalty.

The build-up to this game was dominated by the passing of Argentina football legend Diego Maradona, and the Pumas were highly motivated to secure victory as a tribute to their fallen countryman. There was a touching gesture from New Zealand before their customary haka when their captain, Sam Cane, presented his opponents with an All Blacks jersey with Maradona's name and the number 10 on its back.

The two teams soon got down to business, however, and it was the All Blacks who came out firing from the kick-off to open up a 10-0 lead.

The ABs had a Beauden Barrett try disallowed in the 10th minute after Anton Lienert-Brown knocked on in the build-up, but continued to dominate and two minutes later opened the scoring courtesy of Coles' try. The ball went through 11 phases, with Akira Ioane Scott Barrett and Nepo Laulala prominent ball carriers, before Mo'unga threw a skip pass to Coles who went over in the right-hand corner.

Mo'unga added the extras before slotting a penalty after the Pumas strayed offside on defence.

Argentina were slowly getting into the game but battled to gain momentum as New Zealand were winning most of the collisions and also held the upper hand in the set phases.

On the half-hour mark, Argentina finally found themselves on the attack inside New Zealand's 22 but after a solid lineout drive, the ball came out to the backs and Jeronimo de la Fuente knocked on a poor pass from Felipe Ezcurra.

Despite that effort, the All Blacks finished the half stronger but could not score further points, leaving the match still evenly poised at the interval.

The second half started in a similar fashion to the first, with the All Blacks dominating, and they thought they'd increased their lead in the 46th minute when Savea crossed the whitewash off the back of a scrum close to Argentina's try-line, but he failed to ground the ball after being held up by the cover defence.

Savea was not to be denied, however, and five minutes later he scored his side's second try after powering over off the back of a lineout on Argentina's five-metre line.

That score brought plenty of relief to the All Blacks ranks and there was further reward in the 69th minute when Jordan rounded off after pouncing on a wayward pass from Santiago Carreras. Two minutes later. he found himself in the clear again to cross for the all-important bonus-point score.

Despite having the game in the bag, New Zealand continued to attack but had to finish the game with 14 men after Tyrel Lomax was yellow carded for clearing out an opponent illegally at a ruck.

That did not deter them, however, as they stayed true to their attacking roots to sealed the win in style when Tuipulotu went over for a fifth try in injury time. 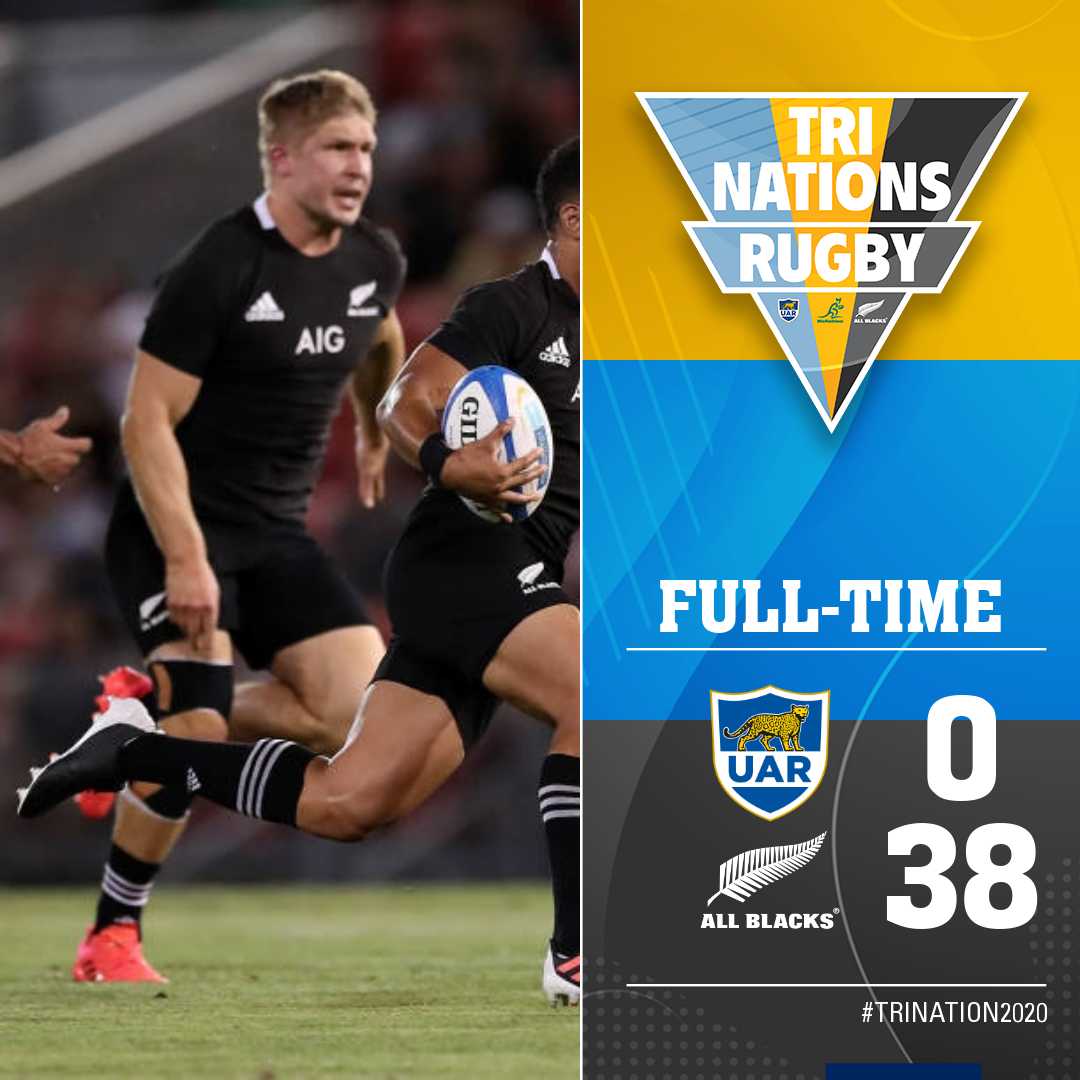