All Black and Springboks Teams Announced for Wellington

First versus second as Springboks hope to repeat their victory over All Blacks in Wellington last year.

The All Blacks team has been named to play South Africa in the Freedom Cup Investec Rugby Championship Test at a sold out Westpac Stadium. The announcement sees a wealth of experience return to the matchday 23, with Joe Moody, Codie Taylor and Owen Franks the starting front row, with last week's front row of Ofa Tuungafasi, Dane Coles and Angus Ta'avao on the bench.

Samuel Whitelock joins Brodie Retallick in the starting second row, Shannon Frizell is at blindside flanker, with Vaea Fifita moving to the bench, while Matt Todd is at seven and Captain Kieran Read at the back of the scrum.  Dalton Papalii provides loose forward cover on the bench.

In the backs, TJ Perenara will start at halfback and Aaron Smith is on the bench, Beauden Barrett moves to fullback to make way for Richie Mo'unga at 10, Sonny Bill Williams returns to the All Blacks at 12, inside Jack Goodhue at centre.  Rieko Ioane is on the left wing, and with Barrett at fullback, Ben Smith moves to the right wing. Anton Lienert-Brown and George Bridge are the other back reserves.

All Blacks Head Coach Steve Hansen said: "The key for us this week has been to continue building on the very good groundwork we've put in over the last couple of weeks. Whilst we were a little rusty last week, we're looking forward to seeing improvements in all areas of our game this week."

"It's always an exciting occasion when we play the Springboks. We have a lot of respect for them and love playing them, as they bring many challenges to the contest.  One of those challenge this week will be to not only match the physicality of the Boks, but to impose our own physicality on the game, and execute our game and our skillsets at a higher level." 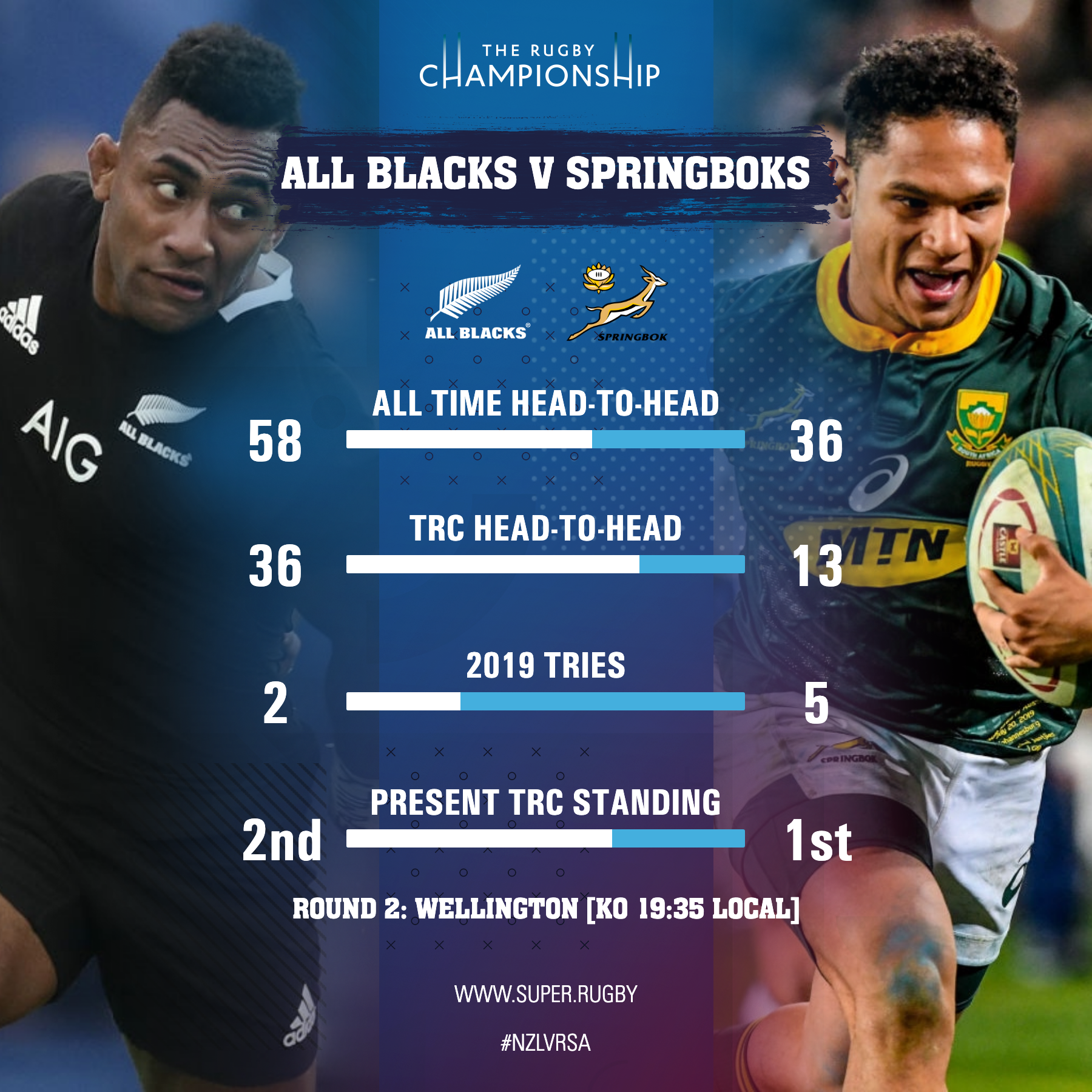 Experienced No 8 Duane Vermeulen will lead the Springboks against the All Blacks as Rassie Erasmus, Director of Rugby, named a much-changed side from the one that defeated the Wallabies by 35-17 in Johannesburg in Round 1.

Eben Etzebeth (lock), last weekend’s Bok captain, and Pieter-Steph du Toit (loose forward) are the only two forwards who were retained from the win over the Wallabies, with Makazole Mapimpi (wing) the only backline player in the starting line-up who also started last weekend. The rest of the Springbok starting lineup consists mainly of the group of players who travelled to New Zealand last Thursday, a few days before the rest of the South African tour party.

Willie le Roux returns at fullback while Cheslin Kolbe is drafted in on the right wing. Damian de Allende and Lukhanyo Am form a familiar looking midfield pairing and they will play next to Handré Pollard (flyhalf) and Faf de Klerk (scrumhalf).

Vermeulen, Du Toit and Kwagga Smith (flanker) form the loose trio, with the former Blitzbok speedster set to earn his second start in the Green and Gold following his international debut last year against Wales in Washington. Franco Mostert partners Etzebeth in the second row and Malcolm Marx (hooker) is joined in the front row by Steven Kitshoff and Frans Malherbe.

Erasmus said the Boks will not be carried away by their home win over the Wallabies, which was South Africa’s biggest win over Australia in the last five years. The Boks only have two Tests left in the shortened Rugby Championship, and two more internationals against Argentina and Japan, before the start of the Rugby World Cup in September.

“We have the outmost respect for the All Blacks who are the undisputed number one rugby team in the world,” said Erasmus.

“We know we will have to be at our very best to be competitive against the All Blacks on Saturday and that is why we have sent a group of players in advance to Wellington, so they could acclimatise after the long trip over from South Africa. The New Zealanders are a very experienced and settled side while we have some catching up to do in terms of where the two sides are at the moment."

“They are bringing back their Crusaders players, who were all rested after the Super Rugby final, so we are in for a huge battle against the best team in the world,” added Erasmus. 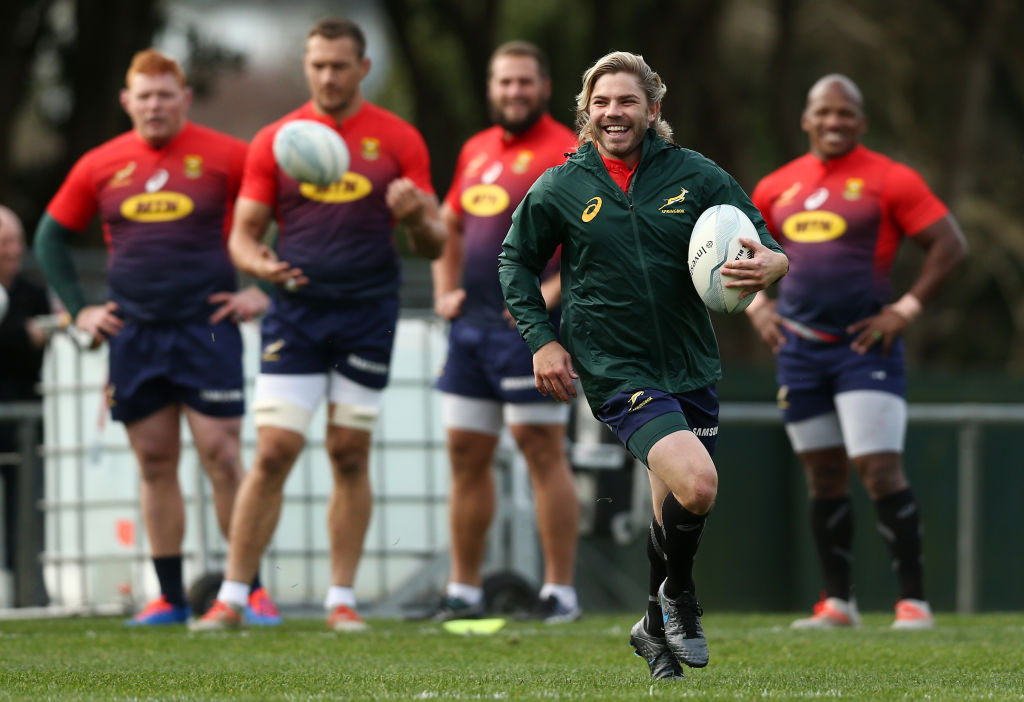