Fly-half Barrett will be playing his 100th Test and eighth against the Welsh in a career which began back in 2012 and he becomes the All Blacks’ 11th Test centurion.

All Blacks Head Coach Ian Foster said: “It’s a very special time for Beauden and his family and it’s also a special time for this team and its legacy.  He’s a big part of this team, he’s a key leader, he’s captained the All Blacks, he’s vice captain on this tour and he’s an influencer on and off the park. I can’t speak more highly about his contribution as a person to the black jersey.  The chance to play his 100th Test at this stadium against Wales is really special.”

WATCH: Beauden Barrett reflects on what he is most proud of in his All Blacks career.

WATCH: Beauden Barrett reflects on his self-belief when becoming a professional rugby player.

In the starting forward pack, the experienced front row of props Joe Moody and Nepo Laulala and hooker Codie Taylor are back, after last running out in the second Test against South Africa earlier this month, while the starting locks of Brodie Retallick, in his 90th Test, and 128-Test All Blacks Captain Samuel Whitelock bring huge international experience. Ethan Blackadder gets the nod at blindside flanker in his fourth Test start, Dalton Papalii is again at seven, while Ardie Savea returns in the number eight jersey. The forward reserves are hooker Samisoni Taukei’aho, props Karl Tu’inukuafe and Tyrel Lomax, lock Tupou Vaa’i and loose forward Akira Ioane.

In the starting backline, halfback TJ Perenara will start inside Beauden Barrett, with David Havili at 12 and centre Anton Lienert-Brown the midfield combination. Rieko Ioane and Will Jordan are on the wings and Jordie Barrett is at fullback.  The back reserves are halfback Brad Weber, first five-eighth Richie Mo’unga and winger Sevu Reece.

Foster said: “It’s exciting to be back here in the North, albeit in very different circumstances.  The All Blacks have always loved touring North, these Test matches are a big part of our history as a rugby team and it’s been three years since we played in Europe, so there’s a real sense of excitement. What a better place to start than at a packed-out stadium here in Cardiff.

Foster added the All Blacks squad was under no illusions about what they would be facing on Saturday.

“The Welsh will play with their traditional passion and their fans singing in the Stadium, and they’ll throw everything at us.  They are Six Nations champions and a very good team.  They have a group of young players coming through who’ll be excited to play so we will have to be ready, and we are.”

Reflecting on how the All Blacks squad was doing nine weeks into a 13-week overseas tour “like no other”, Foster added:

“We have a short-term focus because the length of the tour is so unique to us.  Clearly, there have been a lot of obstacles we’ve had to go through - and will go through - but I’m incredibly proud of how the team has responded to the challenges.

“But we are focussed on what each week holds and putting all our energy into that. Ultimately, we will be judged on our perfomance on Saturday and that’s what we love. We have got to be clear when we play and go out and do what we do, and we’re certainly ready to do that. 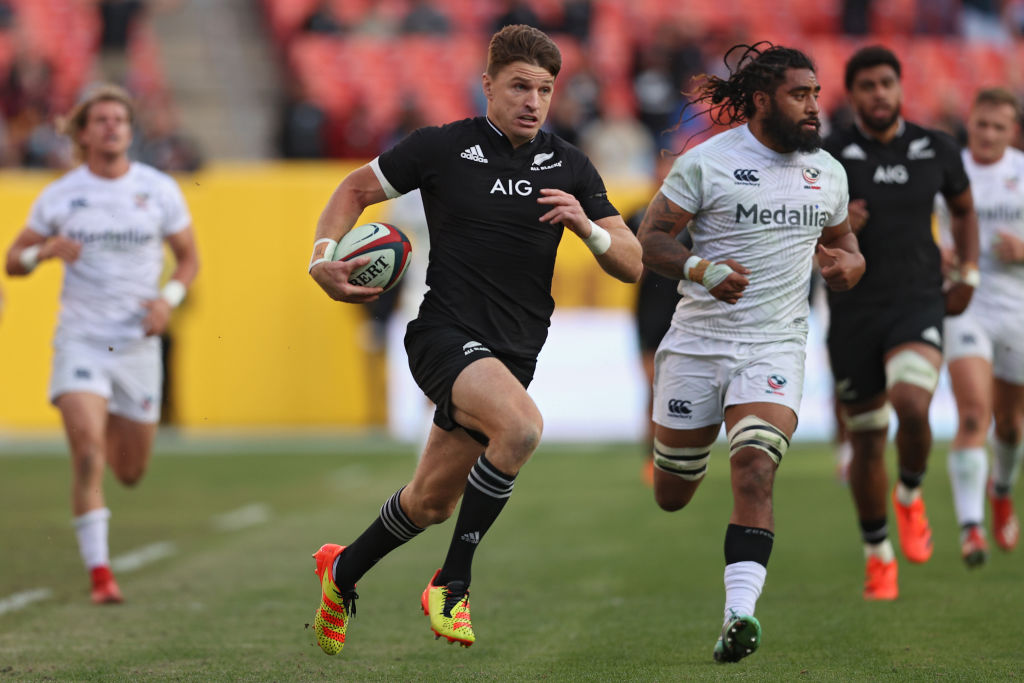