All Black Ben Smith is one of the world's best outside backs comfortable at wing, fullback or wherever his coach puts him but what is his best position?

During this tournament, the All Blacks have taken a keen interest in chopping and changing their back-line for each game. In fact, the only back-line player for the All Blacks who has started in in each of the last two games has been Ben Smith, who himself has never played in the same back-line position in consecutive games this tournament. The 32-year-old has been deployed as winger and full-back in five games in The Rugby Championship and leads the competition in a few key categories; but it’s a mystery where he will line up on Saturday against Argentina.

The lack of consistency position-wise for Smith could be a reason for why New Zealand’s 10th all-time leading try scorer has failed to cross the stripe this tournament. In fact, if the Argentines manage to keep the New Zealand veteran try-less on Saturday, it will equal Ben Smith’s longest try drought in his Test career (five games in 2014). Smith’s three most recent tries against Argentina have come when he has worn the No.15 jersey, however he has also scored three tries on the wing when playing in Argentina. 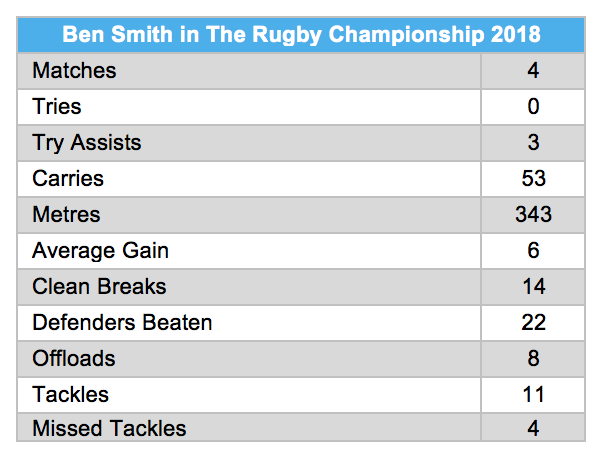 In this year’s edition of The Rugby Championship, Smith sits in top spot for carries (53), clean breaks (14) and offloads (8), while he is one of just two players to have gained more than 300 metres (343) this tournament and sits just behind Ramiro Moyano (346). Smith averages 83 metres gained when playing at fullback, compared to 89 metres on the wing, while he has made seven clean breaks in each position. Smith beat seven defenders in a losing side last round while wearing #14, the most of any player on the park, whilst he also set up a try. However, he also beat seven defenders at fullback in his most recent game vs Argentina, against whom he has played 15 in his last four games. 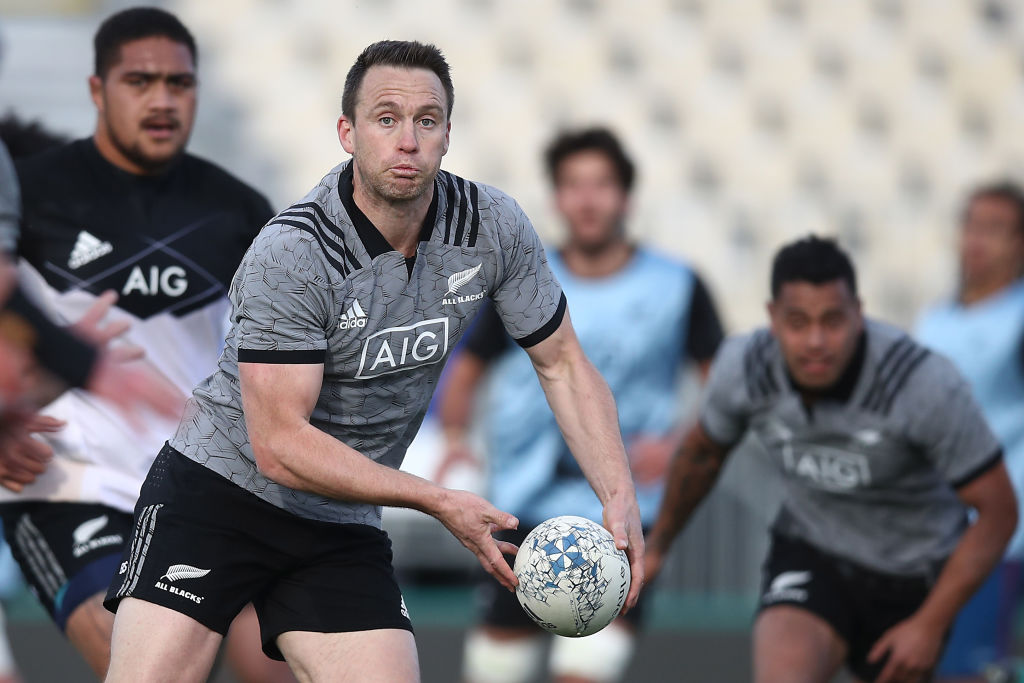 While his attack appears to be unaffected by what number appears on his back, his defence was sorely tested in his most recent game. Last round, South Africa found success on the All Blacks’ right defensive edge on numerous occasions: the edge where Smith was defending. The left winger Diyanti was poorly contained, breaking the line on three occasions and crossing for two tries. This poor showing in New Zealand’s second loss at home since 2010 may point to a change of position for Smith, however no other All Black has worn the No.14 shirt more than once this tournament. Regardless of where he plays though, the Pumas will have their hands full containing the evergreen Smith, who will no doubt be eager to snap his try-scoring drought.