All Black Team Versus Tonga Announced

The All Blacks team has been named to play Tonga in the historic opening match of the Steinlager Series at Mt Smart Stadium, Auckland, on Saturday 3 July (kick-off 7.05PM).

Four uncapped All Blacks have been named in the side: Quinn Tupaea will start at second five-eighth, with prop George Bower, loose forward Ethan Blackadder and halfback Finlay Christie set to make their Test debuts from the bench.

The experienced hooker Dane Coles will start in his 75th Test alongside props Karl Tu’inukuafe and the returning Angus Ta’avao. Hooker Asafo Aumua will provide impact off the bench in his second Test, with Tyrel Lomax the other reserve prop alongside Bower.

Scott Barrett and Captain Samuel Whitelock are starting locks, with Patrick Tuipulotu coming off the bench. In the loose forwards, Akira Ioane is at six and Dalton Papalii is in the number seven jersey, and it’s a welcome return to the All Blacks for Luke Jacobson, who will start at number eight.

In the backs, Brad Weber will make his first Test start in his eighth Test, inside Richie Mo’unga at ten, while Rieko Ioane will provide experienced support at centre outside Tupaea. George Bridge returns to the All Blacks side on the left wing with Will Jordan on the right and Damian McKenzie at fullback. The other back reserves alongside Christie are Jordie and Beauden Barrett. 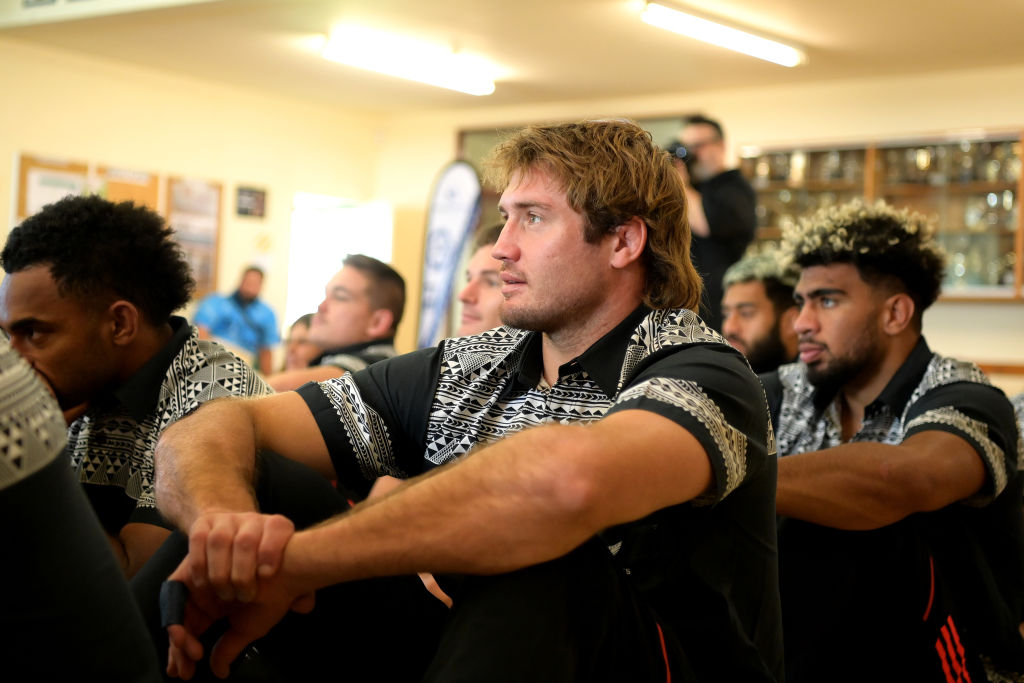 All Blacks Head Coach Ian Foster said the chance to play a first Test at home was “pretty special” especially for the newer players selected.

“It’s fantastic that Quinn, George, Ethan and Finlay have an opportunity and we’re excited for them, especially playing in front of a home crowd.

Commenting on the make-up of the loose forward trio, Foster added: “Dalton gets a reward for a great campaign this year. In Akira’s case, he started at six last year and it’s a chance for him to put a marker down. Luke played very well for the Chiefs and he is back in great form.”

Foster also said Jordie Barrett would cover the midfield from the bench. “He is excited by that. We know where he will play long term but he’s a great utility player to have.”

After a truncated season last year, Foster said the team was energised by what lay ahead, especially playing a first-ever All Blacks Test at Mt Smart Stadium.

“Our whole group is excited. After Covid disrupted our season last year we felt a little bit distanced from our fans playing most of our games overseas, so what’s in front of us this weekend is very exciting.”