All Blacks and Boks Named for Loftus

The All Blacks have won the title but Springboks would love to finish with same number of wins as their arch rivals.

The All Blacks matchday 23 sees just two changes to the forward pack, with 102-Test prop Owen Franks back at tighthead prop and All Blacks Captain Kieran Read returning at number eight. Ofa Tuungafasi moves to the run on reserves.

In the backs, Aaron Smith returns to the starting halfback spot with TJ Perenara on the bench, while Jack Goodhue has been named at centre for his sixth Test, with Ryan Crotty to provide impact off the bench in the 23 jersey.

All Blacks Head Coach Steve Hansen said: "Test matches between the All Blacks and Springboks are always intense and dramatic contests, and we expect this weekend will be no different."

"Nothing changes for us.  It's a Test match that everyone in New Zealand expects us to win.  The fact that it's an All Blacks-Springboks Test match makes it even more exciting and it's one that we're really looking forward to.

"South Africa are playing with a lot of confidence and after their two recent wins, their confidence levels will be even higher. So we'll need to respond with real purpose, composure, belief and intensity.

"While our preparation this week has had to be slightly modified because of our travel, it has still been thorough, which should put us in good stead for Saturday." 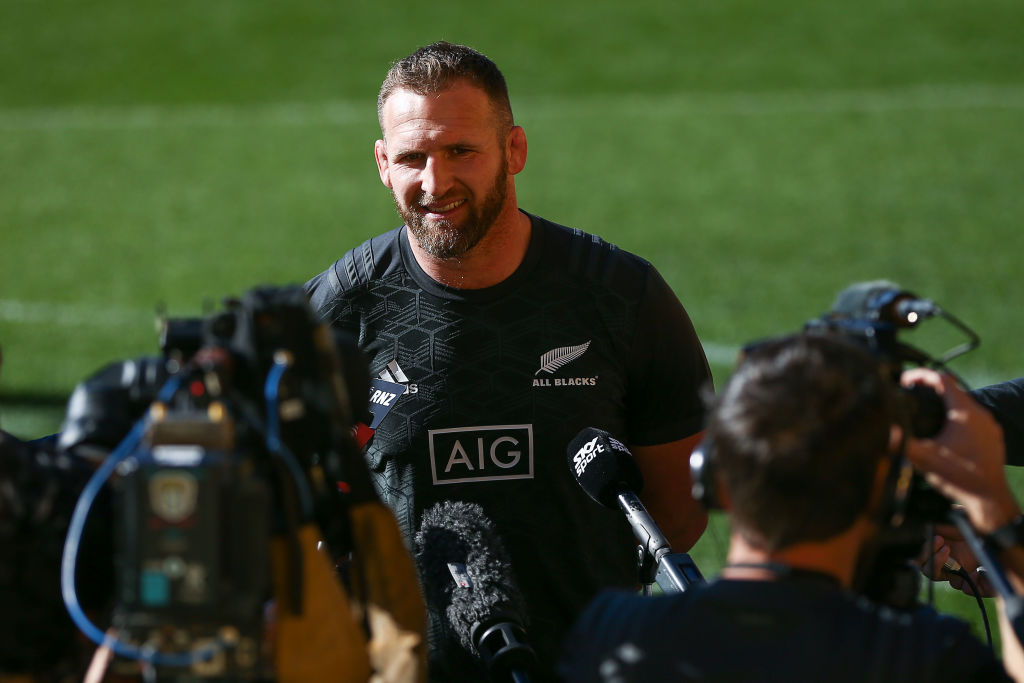 Damian de Allende, Francois Louw and Steven Kitshoff are back in the Springbok starting line-up for Saturday’s Castle Lager Rugby Championship match against the All Blacks at Loftus Versfeld in Pretoria, where Willie le Roux will play in his 50th Test for South Africa.

De Allende has shrugged off his shoulder injury that forced him to miss last weekend’s win over the Wallabies in Port Elizabeth and takes over the No 12 jersey from Andre Esterhuizen. Louw is back in the frame having returned from English club commitments and he will start at No 8, while Sikhumbuzo Notshe will play off the bench.

Kitshoff is part of the starting front row in a straight rotational swop with the experienced Tendai Mtawarira, who will provide impact off the bench. Vincent Koch is also set to play an impact role after he was named amongst the replacement forwards, in place of Wilco Louw.

The rest of the team that defeated Australia last weekend in Port Elizabeth was kept unchanged.

“Damian has trained very well and took full contact this week, so he is ready,” said Rassie Erasmus, Director of Rugby.

“Notshe played well against the Wallabies last weekend and will offer us something different when he goes on, but Flo (Louw) has a lot of experience and is good on the ground.”

Erasmus said he is looking forward to seeing Koch get another run in the Springbok jersey.

“Vincent has learnt a lot from playing in Northern Hemisphere conditions and I am sure he is very keen to pull on that Green and Gold jersey again. He has a burning desire to play for the Springboks and I am delighted for him as we continue to build our squad depth.”

Erasmus congratulated Le Roux for reaching the special milestone of 50 Test caps: “Willie has grown immensely since making his debut five years ago and his calm influence at the back, as well as his experience, will be vital on Saturday. He deserves this accolade.”

SA Rugby’s Director of Rugby added that while his team has some momentum going into the big game, they will be looking to improve in all areas against a quality All Blacks team.

“The All Blacks usually hit hard back after a loss so we have to be mentally and physically ready for a massive contest. We will have to front up in defence and be clinical when we creating chances because the All Blacks punish you for errors and missed opportunities.

“The Springboks versus All Blacks at a packed Loftus, I think it’s going to be a special occasion.”