All Blacks and Inaugural All Blacks XV Teams Announced

New Zealand has announced two powerful squads for matches in Europe in November.

All Blacks selectors Ian Foster, Joe Schmidt and Jason Ryan have named the following squad for the Lipovitan-D Rugby Challenge Cup fixture in Japan and the Healthspan Elite Northern Tour of Wales, Scotland and England.

The bulk of the Rugby Championship squad has been retained as the All Blacks set their sights on the Northern Tour.

The squad features the return of 56-Test midfielder Anton Lienert-Brown [pictured below] who has made a successful return to play following shoulder surgery. The 27-year-old is a timely addition to a midfield group which is missing Quinn Tupaea and Jack Goodhue due to injury.

While there is a combined 1362 Test caps across this squad, a number of capped players will be given the opportunity to gain valuable experience on tour with the All Blacks XV. Coached by Leon MacDonald, the squad is named tomorrow (Monday) and will boost the depth in New Zealand’s talent pool as Rugby World Cup 2023 approaches.

“The Northern Tour is always a highlight in the All Black calendar and this year is no exception,” said Foster. “With less than a year till the start of the Rugby World Cup, this tour gives us another great opportunity to grow from where we finished the Rugby Championship. Experiencing big Test matches in the north is great preparation for what is to come in France next year.

“The addition of our All Blacks XV team will also help grow this experience across a wider group of players.” 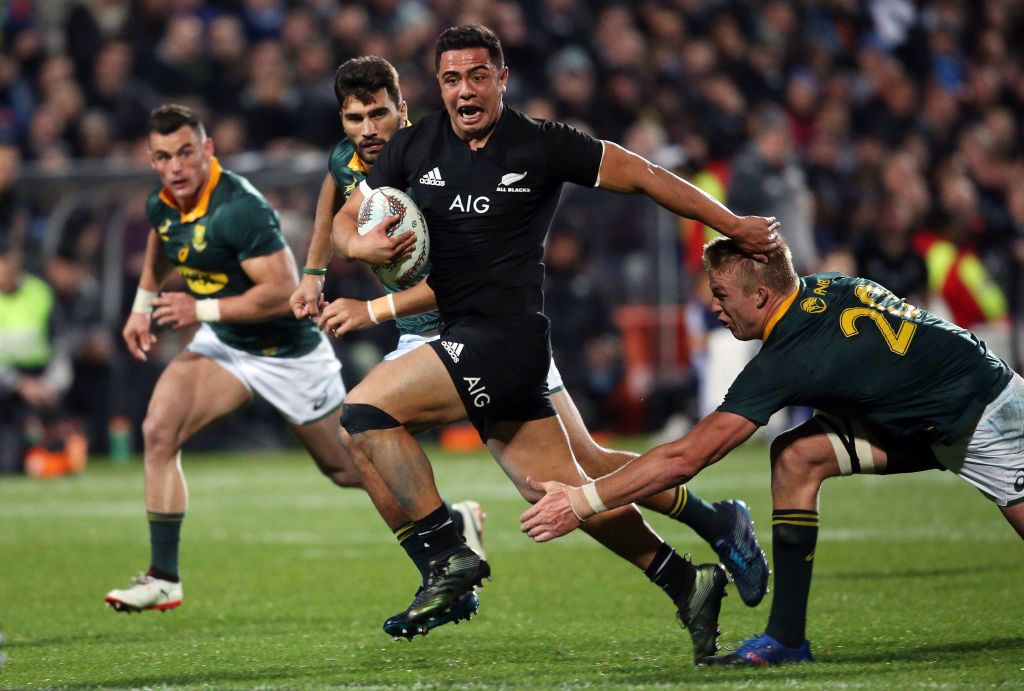 The All Blacks XV have called in an additional six players to join the squad, ahead of their inaugural Northern Tour against Ireland A (4 November) and Barbarians (13 November).

Cortez Ratima, Pouri Rakete-Stones, Shaun Stevenson, Josh Ioane, Tevita Mafileo and Tyrone Thompson will join the All Blacks XV in Auckland tomorrow morning. Replacing injured players and covering those called in to join the All Blacks.

All Blacks XV Head Coach, Leon MacDonald said, “We are expecting an intense challenge from both Ireland A and the Barbarians. These two fixtures will allow players to showcase what they have and put their best foot forward on an international stage.

“The selection panel have named a dynamic All Blacks XV squad, with eight capped All Blacks who know how to perform at this level and emerging talent. To play at international level is extremely valuable for the players and I am looking forward to guiding the team in what will be a first for the All Blacks XV.”

Ian Foster All Blacks Head Coach and All Blacks XV selector said, “The squad has a mixture of some experienced players and some younger talent coming through that we, as a group of All Blacks, are really keen to see how they progress in a Northern Hemisphere environment.

“It’s a great opportunity for them to play with a black jersey on, in a different environment and test themselves against different game plans and styles. Hopefully, that will help prepare us really well in another part of our building blocks for the Rugby World Cup next year.”