All Blacks Change One for Ireland

The All Blacks team to play Ireland in Dublin has been named as the world's top two ranked teams go head-to-head.

The matchday 23 features just the one change from the team which beat England last weekend: Ryan Crotty comes in for the injured Sonny Bill Williams, with Anton Lienert-Brown coming into the run on reserves in the 23 jersey.

All Blacks Head Coach Steve Hansen said: "This will be another great challenge for our squad and one that we're all really looking forward to.  These are the types of Test matches that gets everyone up - it's number one versus number two - and there's a real excitement that's building as we get closer to Saturday.

"The earlier part of our week has been about getting our processes and clarity right, focussing on our core roles and the execution of our skills and then going out and training well.

"On Saturday we'll be playing an opponent who will want to keep the ball for long periods of time, and if they aren't getting what they want, then they'll kick and try to pressure us.

"For us, we'll need to be strong at set piece, both on our ball and theirs, and be prepared to work hard with or without the ball.  When the momentum comes our way, we'll need to take the opportunities that will come, as the team that makes the most of their opportunities will win the game."

Steve Hansen added: "As always, we've been given a warm welcome by the Irish public and we look forward to playing our part in what will be a wonderful game at one of the great rugby stadiums."

Meanwhile, it will be a significant match for three All Blacks.

Aaron Smith will play his 82nd Test match and become the most capped All Blacks halfback in history, overtaking Justin Marshall, while Brodie Retallick and Samuel Whitelock will set a new record for an All Blacks starting lock partnership, starting in their 50th Test together.

"On behalf of the All Blacks, we want to congratulate Aaron, Brodie and Sam on their achievements," Hansen said. 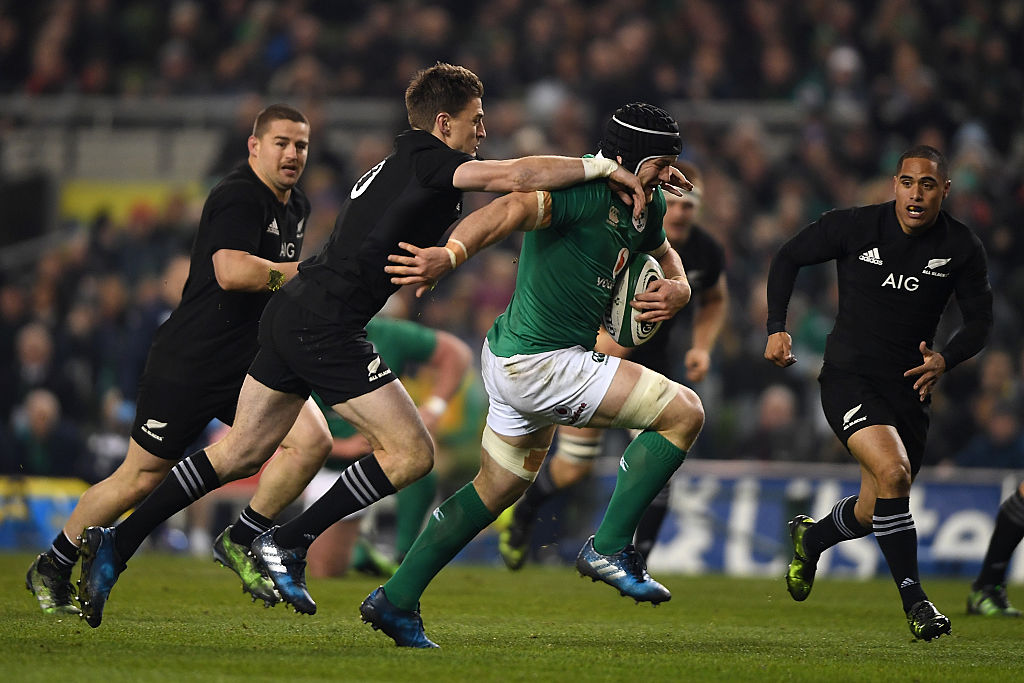 Kearney plays for the first time in this November series and joins Keith Earls and Jacob Stockdale in the back three.

Garry Ringrose renews his partnership with Bundee Aki from the game against Italy in Chicago. Jonathan Sexton is partnered by Kieran Marmion.

Up front, captain Rory Best packs down with Cian Healy and Tadhg Furlong. Devin Toner starts in the second-row with James Ryan.

Dan Leavy is named at openside with Peter O’Mahony on the opposite flank and CJ Stander at number eight.