The New Zealand All Blacks have been crowned Tri Nations champions following a second consecutive draw between the Wallabies and Los Pumas in Sydney. In a tightly contested tournament two wins out of four matches and three bonus points was enough for the All Blacks to secure the title.

In what has been a very challenging year for SANZAAR and its member unions the Tri Nations proved to be a fitting end to the season. The tournament saw the Pumas beat the All Blacks for the first time in their history in round three, the All Blacks record their biggest win over the Wallabies in round one before the host nation got their revenge with a victory in Brisbane a week later.

SANZAAR and its members now look forward to the 2021 Rugby Championship and the return of world champions South Africa who, due to difficulties around the pandemic, were unable to compete on the international stage this year.

SANZAAR CEO Andy Marinos stated, “Congratulations to the All Blacks on winning the Tri Nations in a tournament that could have seen any of the three teams win the title right up to the end. The All Blacks bonus points made all the difference as while they lost two matches the two drawn matches between the Wallabies and the Pumas cost both teams vital tournament points.”

“The performance of the Argentinean team is quite remarkable if you think about the amount of time they have been away from home and the various quarantine protocols they had to endure. It is testament to their team environment, strong management and a desire to want to play in a very difficult year for the sport. Indeed a lot of their home-based players had played very little rugby prior to the Tri Nations.”

"Another positive from this competition has been the realisation from the members that if required in future years, the concept of a centralised TRC is very possible with the prospect of double-header rounds a huge benefit for the local fans and wider broadcast audience across the four geographies."

“SANZAAR would like to thank Rugby Australia as hosts of the Tri Nations. They showed  wonderful professionalism and determination to ensure the tournament took place in Sydney, Newcastle and Brisbane. I believe rugby fans in Australia that attended matches and those watching overseas through our host broadcasters appreciate all the hard work that was put in to produce a six-match tournament that delivered some great rugby.”

“The relationship between RA and its partners, including Tourism Australia, Destination NSW and Tourism & Events Queensland, was also key to the success of the tournament in such challenging times. The establishment of a best-practice environment for the players to train and play, robust medical protocols and access to fantastic stadiums were essential and all very much appreciated by SANZAR management.” 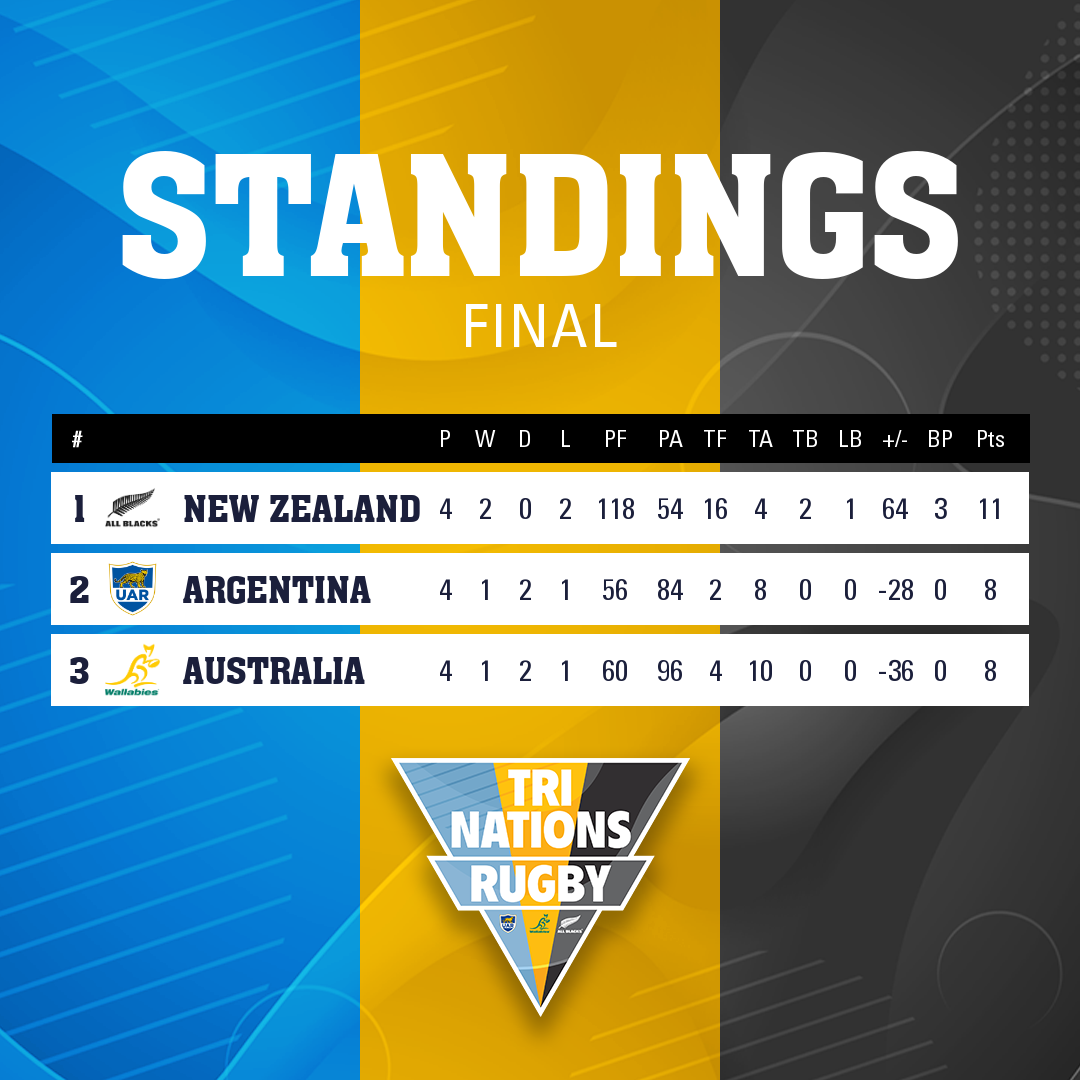