All Blacks Named For England Clash

The All Blacks team has been named to play the Hillary Shield Test against England at Twickenham, London, on Saturday 10 November.

In the forwards, Karl Tu'inukuafe starts in the number one jersey, replacing the injured Joe Moody, alongside Codie Taylor and Owen Franks.  Ofa Tuungafasi and Nepo Laulala, together with hooker Dane Coles, will provide front row support from the bench.

In the backs, halfback Aaron Smith and first five-eighth Beauden Barrett will start, with the inside paring of TJ Perenara and Richie Mo'unga to bring impact from the bench, Jack Goodhue returns from illness and is named at centre, inside Sonny Bill Williams, while the outside back trio is unchanged from the Tokyo Test against Australia, with Rieko Ioane in the 11 jersey, Ben Smith in 14 and Damian McKenzie at fullback.  Ryan Crotty provides extra back cover in the run-on reserves.

All Blacks Head Coach Steve Hansen said there had been real excitement and energy in the All Blacks camp this week: "There's huge anticipation at what lies ahead on Saturday and the team is certainly looking forward to the challenge of the weekend.

"Our week's preparation has been very good. We've spent the early part of our week getting our preparation right and clarity of our roles and been building throughout the week so we're ready to go on Saturday.

"We know we'll be up against a very determined and well-coached English side.  They'll have gained a lot of confidence from their win over South Africa and be keen to make a statement in front of their passionate Twickenham home crowd.

"However, for us it's about making our own statement.  To do that, we'll need to bring our own intensity and accuracy to an even higher level throughout the game.  It's a great opportunity to assess where our game is at and we're really looking forward to it." 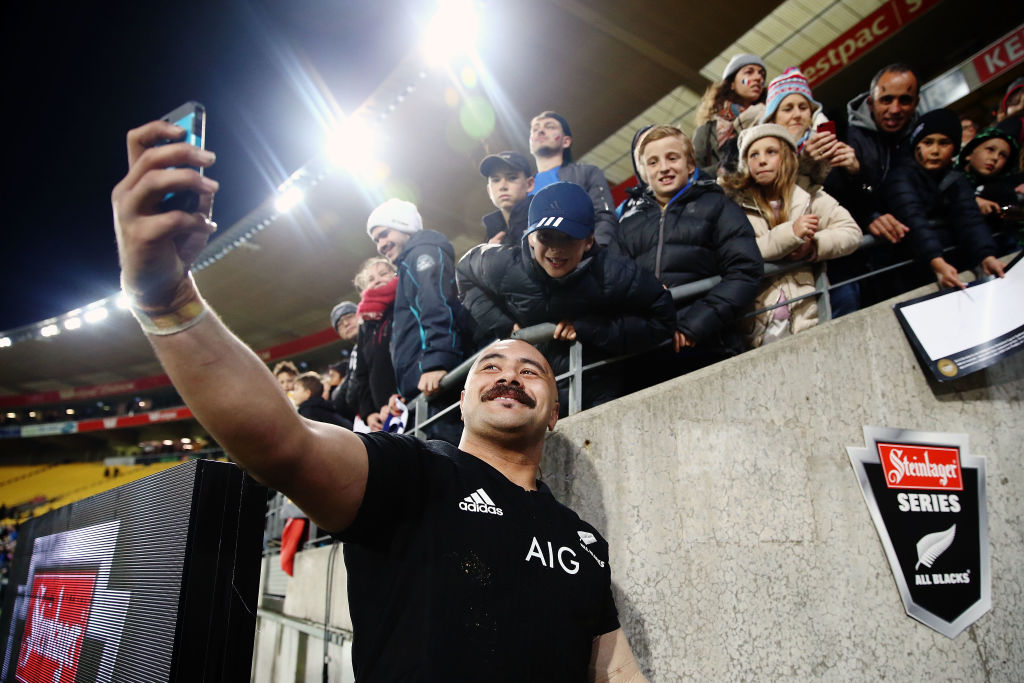 The matchday 23 is as follows (with Test caps in brackets):

Key facts - All Blacks vs England

* The All Blacks will again have an embroidered poppy on their sleeves this weekend to mark the Centenary of Armistice Day. The Royal New Zealand Returned and Services Association's poppy was designed specifically for New Zealand and has been in use since 1978.

* The All Blacks and England will also be playing their tenth match for the Hillary Shield. The trophy, named in honour of Sir Edmund Hillary, was first contested for in 2008.

* The All Blacks and England have played each other 40 times in their much-storied history, with 32 wins to the All Blacks, seven to England and one draw.  The most recent Test was in November 2014 at Twickenham, which the All Blacks narrowly won 24-21.

* Locks Brodie Retallick and Samuel Whitelock will be playing their 49th Test together, equalling the All Blacks starting locks partnership record set by Robin Brooke and Ian Jones.  Meanwhile, Ben Smith will be playing his 75th Test and Codie Taylor his 40th.