All Blacks Power Past Brave Japan

The All Blacks demonstrated the depth in quality at their disposal as they eased past a plucky Japan 69-31 at Ajinomoto Stadium in Tokyo.

Samuela Anise, Hendrik Tui, Timothy Lafaele (2) and Jamie Henry went over for the Brave Blossoms, who could not match their opponents.

After an early Mo’unga penalty, it was Japan who hit the front as a charged down kick led to second-row Anise crossing for a 7-3 buffer.

But New Zealand responded in the 15th minute as returning hooker Coles celebrated his comeback with a try on the wing before five minutes later Mo’unga extended the lead, converting his own try for a 17-7 gap. Japan were now in danger of being picked off.

Laumape’s first try on 28 minutes made it 24-7 but thankfully for the home side they responded six minutes later via Tui to cancel it out.

Tries from Tahuriorangi and Laumape before the break shot the All Blacks 38-14 ahead, but there was still time for Lafaele to respond for the hosts, which gave Japan their highest ever points tally against New Zealand at 19. In an open contest, it was likely they’d grab more.

So it proved as following Bridge crossing in the 47th minute for a debut try with his first touch, Henry hit back to make it a 45-24 game.

New Zealand though were scoring at will and Naholo’s try, after an impressive carry from Gareth Evans, put their seventh try on the board.

50-24 became 57-24 three minutes later as impressive replacement Bridge then turned provider to give centre Proctor his own score on debut.

Proctor’s midfield partner Laumape soon sealed his hat-trick, regathering his own chip to further extend the lead, before Bridge was over again as the All Blacks raced into a 69-24 advantage on 68 minutes. They were showing no signs of slowing down going into the closing stages.

Thankfully for Japan they stopped that All Black procession when centre Lafaele went over for his second score in the 71st minute, which proved the final try of the game in Tokyo, with New Zealand now shifting their focus to next weekend’s showdown with England at Twickenham Stadium. 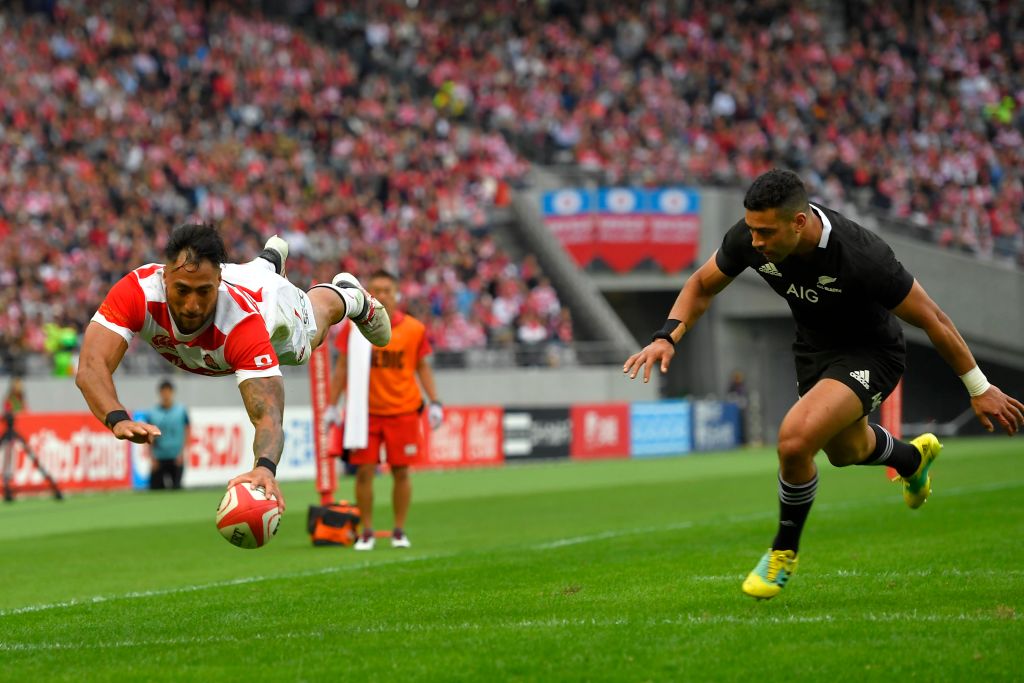