All Blacks squad for November Tour

The All Blacks selectors, Steve Hansen, Ian Foster and Grant Fox, have selected their squad for the All Blacks Tour to Japan and Europe in November.

The 32-man squad (with age, province and Test caps) will play Tests against Australia, Japan, England, Ireland and Italy:

In addition to the 32-man squad, the All Blacks selectors have also named a wider squad of 19 players, who will assemble in Japan following the Bledisloe Cup Test to prepare for the Test against Japan. 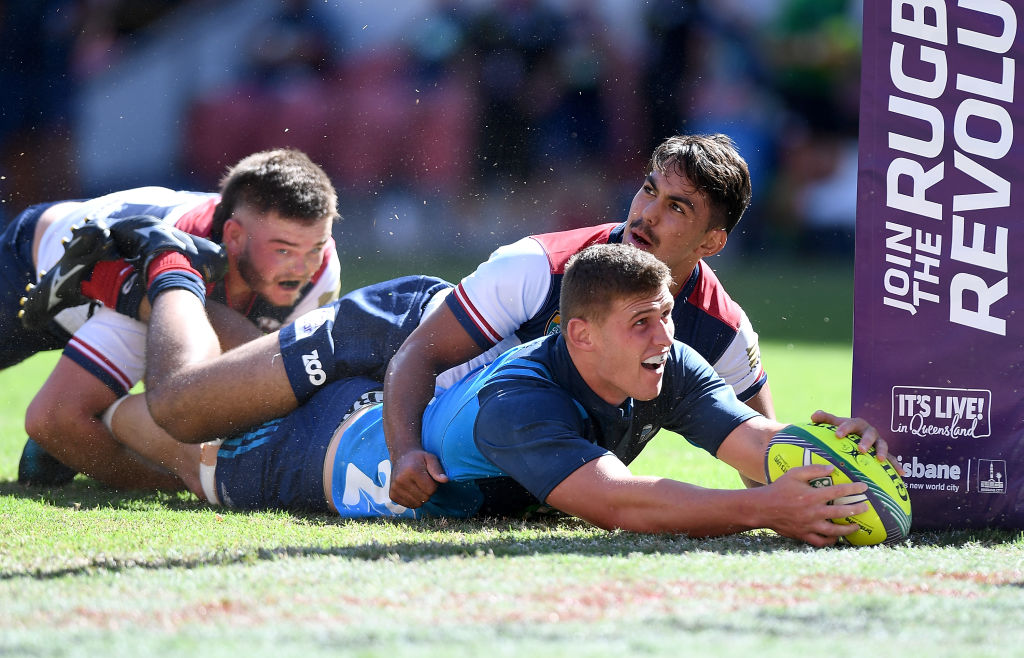 Those players are as follows (with age, province and Test caps in bracket. New All Blacks in bold):


All Blacks Head Coach Steve Hansen said: “This is a hugely exciting Vista Northern Tour we’re about to embark on and one which we’re all looking forward to.”

The key feature of the 32-man All Blacks squad is the selection of new All Black, 21-year-old Auckland loose forward Dalton Papalii, as well as the return of several senior All Blacks from injury.

Papalii gets his opportunity after an impressive Investec Super Rugby season followed by a strong Mitre 10 Cup season. He comes in following injuries to Sam Cane (neck surgery) and the unavailability of Shannon Frizell and Tasman loose forward contender Jordan Taufua.

“We thank the NZR Board and Panasonic for supporting the selection of Matt.  It’s much appreciated,” Hansen said.

Meanwhile, a number of All Blacks make eagerly-awaited returns from injury.

Hooker Dane Coles is back after missing most of the 2018 season and coming through his Mitre 10 Cup match on Friday.  Props Nepo Laulala and Joe Moody also return to the national side after injury-hampered seasons, with both players also returning to Mitre 10 Cup action on the weekend, while lock Brodie Retallick and loose forward Liam Squire also return from recent injuries.

“We congratulate Dalton on being named in the 32-man squad for the Tour.  He has played outstanding rugby this year and deserves his opportunity.”

“We also congratulate those new All Blacks named in the wider squad for the Japan Test. All these players and their families can be proud of the hard work, commitment and dedication that has led to this point,” Hansen said.

“Having the extra group come to Japan will allow us to send the bulk of our main squad to London early to acclimatise and prepare for what will be three big Test matches in the Northern Hemisphere, starting with England.

“Bringing in the wider squad players also allows us to grow our player depth and will expose them to the international arena, which we think will be great for their development and, in turn, will benefit New Zealand Rugby in the long-term.

“We’ll also be using the Japanese leg of our Tour to road test a few things ahead of next year’s Rugby World Cup, as we will be using the same hotels and training facilities while we are there. We’re also playing Australia and Japan at two of our Rugby World Cup venues,” Hansen said.

Hansen added: “We’re also looking forward to experiencing the Japanese culture again and what it has to offer and catching up with our supporters up there.”

The makeup of the 32-man All Blacks squad sees 18 forwards selected (three hookers, five props, four locks and six loose forwards) and 14 backs (three halfbacks, three first five–eighths, four midfielders and four outside backs) and has a total of 1,061 Test caps experience, an average of 33 Test caps per player and average age of 26.

There is also a wide spread of players from New Zealand’s rugby provinces in the squad, with 13 of the Mitre 10 Cup teams represented.