All Blacks Whitewash France in Dunedin

Completing a clean sweep in the Steinlager Series with their 49-14 win over France in Dunedin on Saturday, the All Blacks could take plenty from their effort as they prepare for the second phase of their international season.

Players will return to their franchises for the final stages of the Investec Super Rugby competition before the onset of the Rugby Championship.

Coach Steve Hansen said the result had been very pleasing especially having tidied up a lot of the problems experienced during the second Test. The tight five were more cohesive and provided the necessary platform.

First five-eighths Damian McKenzie had answered a lot of the questions being asked of him by fans and the media.

"He showed that's a very, very capable footballer at 10 and can drive a team around the park and some of the other younger guys played particularly well, then you chuck in some of the older guys, so it was a good night for us," he said.

The defence had been strong throughout the night, but especially during the first six minutes of the game when the All Blacks had very little ball. It had got better the further it went into the game while one or two things had been tidied up at halftime and the players responded.

Lock Scott Barrett had produced his best game in the All Blacks' jersey and Hansen said it was reward that he had been putting in to not over-think the game and to just get out and play.

"Tonight he did that really, really well and got big rewards for it because his instincts are good and he did some wonderful things and allowed us to give the skipper [Sam Whitelock] a wee break," he said.

Hansen said he was pleased with the effort of each of the debut players Shannon Frizell, Jack Goodhue, Jackson Hemopo and Richie Mo'unga and all four could be pleased with their efforts.

Backs coach Ian Foster said Goodhue had run some great lines and what he liked was how he handled getting the ball a number of times in tricky situations yet managed to make the right decisions and he had dealt with experience opponents in the French midfield very well.

Whitelock was pleased with the way the side maintained their composure under the weight of the initial French onslaught, a stage of the game where it might have been the cause of the concession of penalties. But their discipline held and that had extended through the game.

Looking ahead to the Investec Rugby Championship, Hansen said the All Blacks just had to get better overall. But they had been without Beauden Barrett, Kieran Read, Liam Squire, Brodie Retallick and Nepo Laulala while they had also been trying to introduce new aspects to their game.

Those players returning would make the All Blacks even stronger.

"The day we think we've arrived we're finished so we've just got to keep working hard. I think South Africa and Australia are really improved teams, are playing well and they are going to be great challenges and Argentina seem to be ticking along well in the Super competition and they're going to have a new coach so they're going to be surprise package as well," he said.

Hansen said there was no surprise the way France had played because the All Blacks felt even before they arrived they were an improving team and they had a strong defensive record while their Six Nations season had been good as well.

"They've come out here at the end of the season and the first two Test matches were a real fight and it wasn't until tonight that we really got some dominance for the whole 80 minutes and even tonight for the first six or seven minutes we were under the pump and right up until halftime it could have gone either way.

"But we managed to hang in there and convert some of the pressure we were applying our way so I think they are going good," he said. 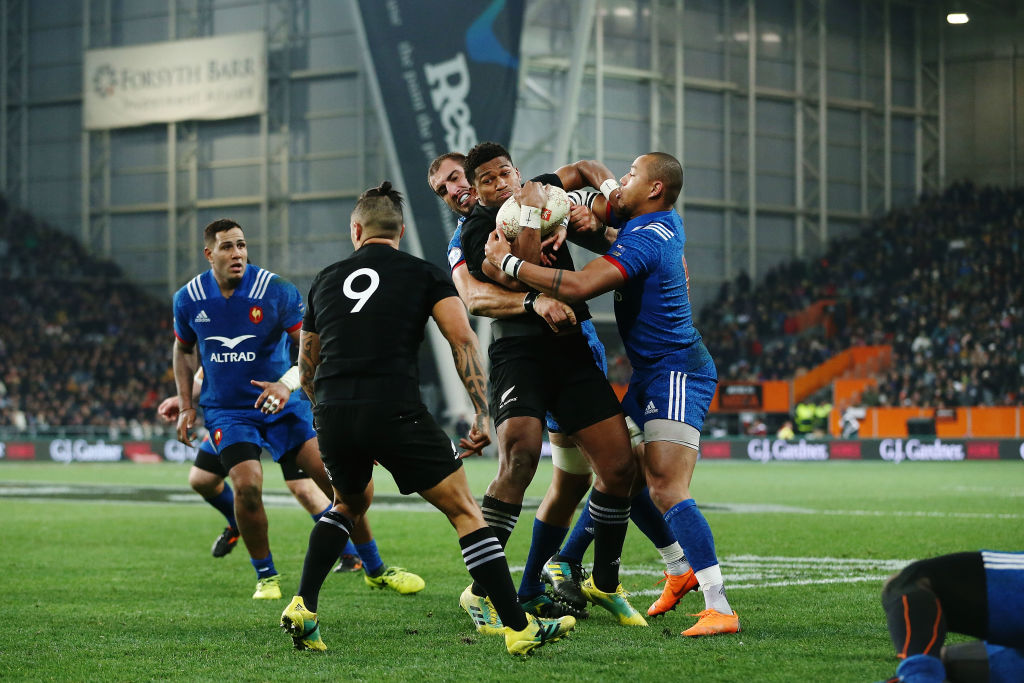