The All Blacks and Wallabies have announced their match day squads for the first Bledisloe Cup match at Eden Park, Auckland.

The All Blacks team has been named to play Australia in the opening Bledisloe Cup Test presented by Steinlager at Eden Park on Saturday 7 August. It will be a special night for halfback Aaron Smith, who will play his 100th Test, after making his Test debut against Ireland back in 2012.

83-Test lock Brodie Retallick is back at starting lock alongside captain Samuel Whitelock, with Scott Barrett on the bench. In the loose forwards, Ardie Savea is at eight, with Dalton Papalii at seven and Akira Ioane in the six jersey. Luke Jacobson is loose forward cover.

In the backs, Richie Mo’unga is again at ten, outside Smith. Second five-eighth David Havili and centre Anton Lienert-Brown are the midfield combination. Rieko Ioane moves to the left wing, Sevu Reece is on the right and Damian McKenzie is at fullback. Halfback Brad Weber, Beauden Barrett and Jordie Barrett are the back reserves.

Props Joe Moody and Ofa Tuungafasi weren’t considered for selection as they return from injuries, while the selectors have also taken a considered approach with outside back Will Jordan’s return from a slight hamstring strain.

All Blacks Head Coach Ian Foster said: “There is huge excitement in our group at what lies ahead this weekend. There is such a huge history with the Bledisloe Cup, the rivalry between the All Blacks and Australia goes back a long, long way, and it’s always a massive contest. The Cup isn’t ours; we have to go out and win it again. We can’t wait for the weekend.”

On Aaron Smith’s special milestone, Foster said: “He’s a special man, he’s achieved so much in the black jersey and has been an iconic player for us over the last decade. We know it’ll be a special night for him, his wife Teagan and his family.” 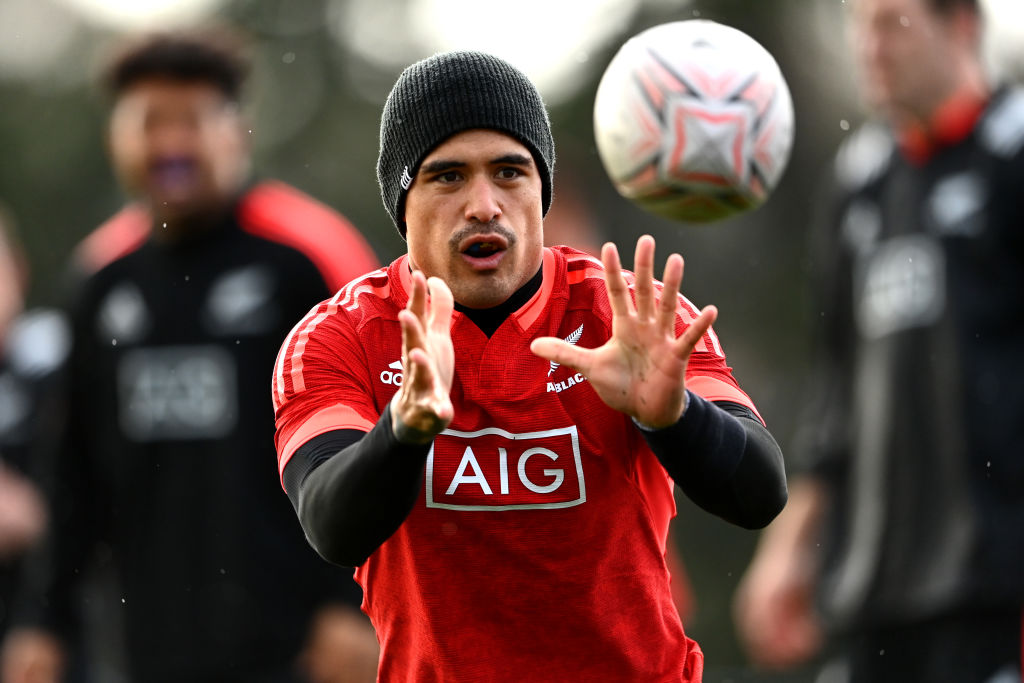 Wallabies coach Dave Rennie has selected Jordan Petaia on the wing for the first Bledisloe Cup Test in Auckland on Saturday night.

Petaia’s first appearance in the gold jersey in 2021 is one of two changes to an all-new back three, with Andrew Kellaway earning his first International start on the wing, with Tom Banks named at fullback.

The rest of the backline remains unchanged from the one that started in the deciding French Series Test win in Brisbane.

Hunter Paisami has been selected at inside centre for his 10th consecutive Test, partnering Len Ikitau in the midfield who earns another opportunity at outside centre after a strong showing in Brisbane.

The run-on front row remains settled with James Slipper in line to play his 104th Test at loosehead prop, joined by Brandon Paenga-Amosa at hooker and club teammate Allan Alaalatoa at tighthead.

After an impressive French Series, youngster Darcy Swain will play in his first Bledisloe Cup Test, combining with Lukhan Salakaia-Loto in the second row.

Rob Valetini and Harry Wilson return to the starting side at blindside flanker and no. 8 respectively. Skipper Michael Hooper rounds out the backrow in his 56th Test as captain, just three behind most decorated Wallabies captain, George Gregan.

Melbourne hooker Jordan Uelese retains his spot in the matchday 23, with the youngest member of the squad, Angus Bell, and damaging prop Taniela Tupou as the replacements.

Matt Philip has been selected as the second row cover with Reds flanker Fraser McReight named to make his first appearance in Wallaby gold this season.

Jake Gordon is the finishing scrumhalf with the experienced duo of Matt To’omua and Reece Hodge to cover the remaining backs.

Wallabies coach Dave Rennie said: “As a group we couldn’t be more excited about the challenge of taking on New Zealand at Eden Park, a place they’re expected to win whenever they play there.”

“We’ve had a strong week on the training field and the team is in good shape heading to Auckland.

“We have a great opportunity to show how tight we are as a group on Saturday night and create our own history in the Wallabies jersey.”