Springbok coach Jacques Nienaber made three changes to his starting team for the clash, two of which were personnel changes and one positional switch, mainly due to injuries to the influential Pieter-Steph du Toit (flanker) and Faf de Klerk (scrumhalf).

Damian de Allende will become the third Springbok in the Castle Lager Lions Series to reach the career milestone of 50 Test caps in Saturday’s decider in Cape Town, where Morné Steyn could earn his first Test cap since 2016.

With Du Toit, the World Rugby Player of the Year in 2019, having taken a knock to the shoulder in the second Test last weekend, Franco Mostert moves from lock to the side of the scrum, while Lood de Jager is promoted from the bench to the starting team and will start alongside Eben Etzebeth in the second row.

The other change is at scrumhalf, where Cobus Reinach replaces De Klerk, who has been ruled out due to a muscle strain in his leg.

Should Steyn take the field, it would mark a significant occasion for the player, as it would officially see him participate in back-to-back Castle Lager Lions Series tournaments. He kicked the penalty goal that sealed the series victory in 2009, while it would also see Steyn make a return to Test rugby for the first time in five years, after last playing against New Zealand in 2016.

“This is a massive Test for us with the Castle Lager Lions Series on the line, so it was important for us to maintain consistency in selection following on last week’s performance,” said Nienaber.

“Pieter-Steph du Toit was ruled out due to the shoulder injury he suffered last week, but we are fortunate to have experienced players such as Franco and Lood who can step in and who have the physical presence we need in those roles.

“Cobus is also an experienced player with a calm head and who can handle pressure, and we believe he will be able to dictate play well alongside Handré Pollard, while Herschel Jantjies has been great in adding the necessary spark we need off the bench, and will be asked to fulfil that role again.”

Nienaber was thrilled to see midfielder De Allende, who made his Test debut against Argentina in 2014, reach this significant career milestone and said: “It doesn’t get any bigger than earning a 50th Test cap in a series decider against the British & Irish Lions.

“We are excited for Damian and we know what it will mean to him and the team to win this match. He has been a key figure in the Bok team in the last few seasons and it gives us great pride to see him achieve this feat.”

Looking forward to the match, Nienaber said he is expecting an epic battle and that the Boks were ready to give everything to win the Series.

“This group of players are among a handful of players in the history of South African rugby that have an opportunity to clinch a series against the Lions after winning the Rugby World Cup, and every player in this squad understands what a rare honour that is,” said Nienaber.

“I don’t think one needs any more motivation than that to win this weekend. We are preparing for a physical encounter and we know that every small battle will count if we want to win the series.

“This match is as important to us as it is for the Lions, so we know it is going to be tight, and we will have to capitalise on every opportunity we have to score points, and be effective in every area of our game. 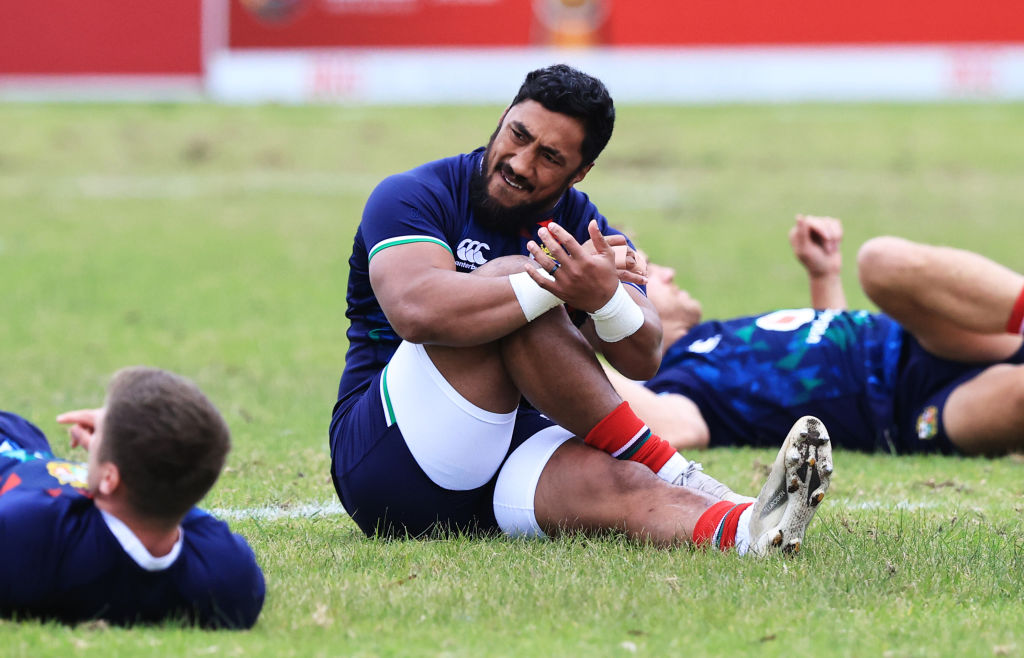 Irish centre Bundee Aki comes into the centres for the Lions

British & Irish Lions head coach Warren Gatland has made six changes to the starting XV which lost to the Springboks last Saturday in Cape Town.

Bundee Aki (Connacht Rugby, Ireland) is included at inside centre to win his first Test cap, joining Robbie Henshaw (Leinster Rugby, Ireland) who switches to 13. Dan Biggar (Northampton Saints, Wales) is retained at fly-half with Ali Price (Glasgow Warriors, Scotland) starting at scrum half having been named as a replacement last weekend.

In the pack, there are two changes to the front-row with injury-free Wyn Jones (Scarlets, Wales) taking his place on the loosehead to make his Lions Test debut alongside Ken Owens (Scarlets, Wales), who is promoted from the bench to start his first Test of the Tour at hooker. Tadhg Furlong (Leinster Rugby, Ireland) continues on the tighthead to win his sixth-successive Test cap.

Alun Wyn Jones (Ospreys, Wales) is named as captain to win his 12th consecutive cap moving him alongside Graham Price (1977 – 1983) and Mike Gibson (1966 – 1974) in the list of most Lions Test appearances. The iconic Welshman is again partnered in the second row by Maro Itoje (Saracens, England).

The back row remains the same with Courtney Lawes (Northampton Saints, England) at blind side flanker, Tom Curry (Sale Sharks, England) on the open side and Jack Conan (Leinster Rugby, Ireland) at No. 8.

On the bench, Adam Beard (Ospreys, Wales), Finn Russell (Racing 92, Scotland), and Sam Simmonds (Exeter Chiefs, England) feature for the first time in the Test Series and will all win their first Lions cap should they take the field.

“The matchday 23 have an incredibly special opportunity in front of them – to seal a Lions Series victory in South Africa,” said Gatland.

“It doesn’t get much bigger than this and we’re excited by the challenge that faces us on Saturday.

“We’ve no excuses from last week, the Springboks put us under pressure in the second half and deserved the win. We have to be much better than that second half performance, and I believe we will be.”