Australia will look for an improved defensive display this weekend and Michael Hoper and David Pocock will again lead the charge.

Australia conceded 17 first-half points to the Pumas last month, the equal-highest they have ever conceded to Argentina in the first 40 minutes of play. The answers to their defensive woes lie in the hands of Michael Hoper and David Pocock, who will be relied on heavily to keep the Puma’s pack on the backfoot.

The Wallabies are on a desperate mission to avoid the wooden spoon in The Rugby Championship this weekend when they travel to Salta for a showdown with the Pumas. Australia have never finished last in the tournament’s current format and need a win by at least eight points – denying Argentina a bonus point – to hand the unwanted prize to their hosts. 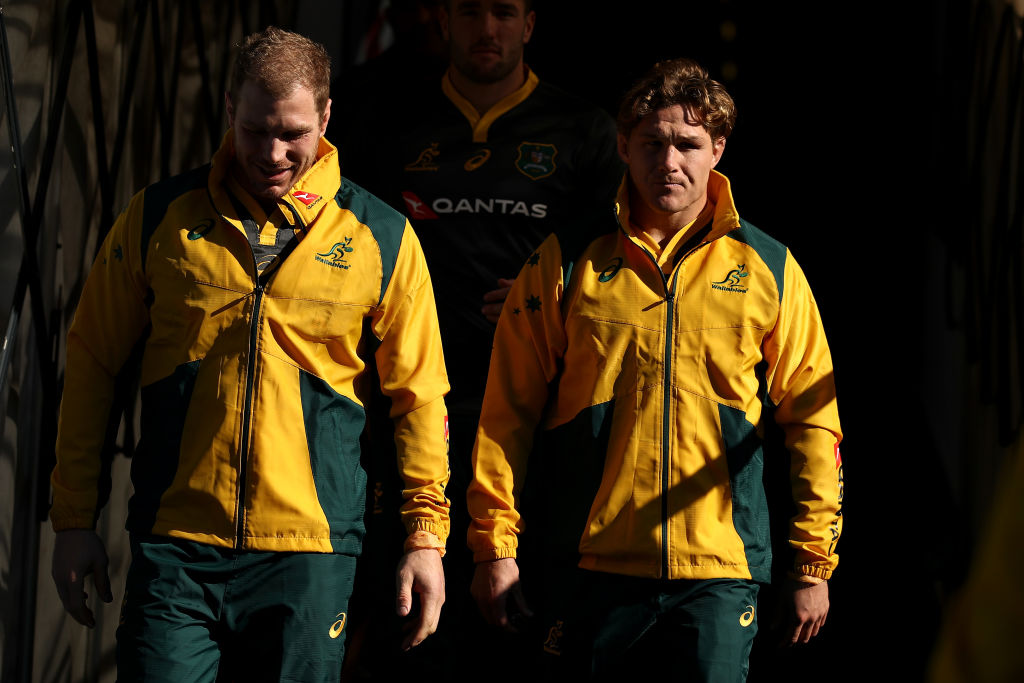 Hooper showed little signs of rust last weekend after returning from a hamstring injury and was one of the Wallabies’ best. Renowned for his solid defence, Hooper turned ball-runner for his side, clocking up some impressive figures. The Australian skipper gained 63 metres against South Africa, the most in his team and the most Hooper has gained in 15 games. 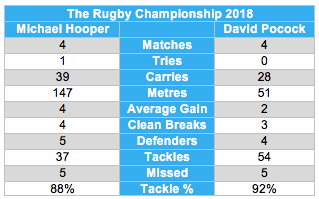 No other Australian forward on the night gained more than 10 metres, apart from Pocock (19) who also played a stellar game. The pair led the Wallabies for tackles, making nine each and playing the full 80 minutes. The Wallabies forward pack will have their work cut out for them when looking to make ground against defensive stalwarts like Pablo Matera, Marcos Kremer and Agustin Creevy - Australia will need Pocock and Hooper at their ruthless best if they are to win the battle at the breakdown.

Fortunately for Australia, Pocock has fought like a man possessed in ruck contests this tournament. The Brumbies flanker has won 12 turnovers in The Rugby Championship this year, at least five more than any other player, averaging one every 27 minutes. The Wallabies won just five turnovers on the Gold Coast when they hosted the Pumas in September, while the Pumas have conceded an average of 14 turnovers per game, the fewest in the tournament. Pocock will have a lot of heavy lifting to do at the ruck, but if he can win the ball as regularly as he has been, the Argentines will struggle to gain an advantage.

Defensively, it’s surprising that the dynamic duo of Pocock and Hooper haven’t collapsed from exhaustion, such is their work rate in defence. Of the 531 tackles Wallabies have made this tournament, the pair have made 91 tackles between them (Pocock 54, Hooper 37). That equates to 17% of the Wallabies’ tackle load, just a little less than one in five tackles; Pocock and Hooper will need more support from their fellow forwards if they are to challenge the Pumas’ pack this weekend. On a personal milestone front, Hooper is set to overtake one of the Wallabies most successful skippers, John Eales, for test caps on Saturday -  he will no doubt look to embody the tough-as-nails attitude of Australia’s most successful captain in the Wallabies’ quest to avoid the dreaded spoon.