Rugby Australia has announced the appointment of Dave Rennie as Head Coach of the Qantas Wallabies.

Rennie will fulfil his current commitments with Glasgow Warriors before joining the Qantas Wallabies in July 2020 on a three-and-a-half-year deal that will see him lead
Australia at the 2023 Rugby World Cup.

An accomplished and highly respected leader, Rennie joined the Chiefs as Head Coach in 2012 and enjoyed instant success winning back-to-back Vodafone Super Rugby titles in his first two years in charge. The Hamilton-based side played finals in each of the six seasons he spent with the Chiefs, a mark that is unmatched by any Head Coach in competition history.

Prior to the Chiefs, Rennie took the Wellington Lions to a first ITM Cup title in 14 years as Head Coach in 2000, and later steered New Zealand Under 20’s to three consecutive world titles from 2008 to 2010. 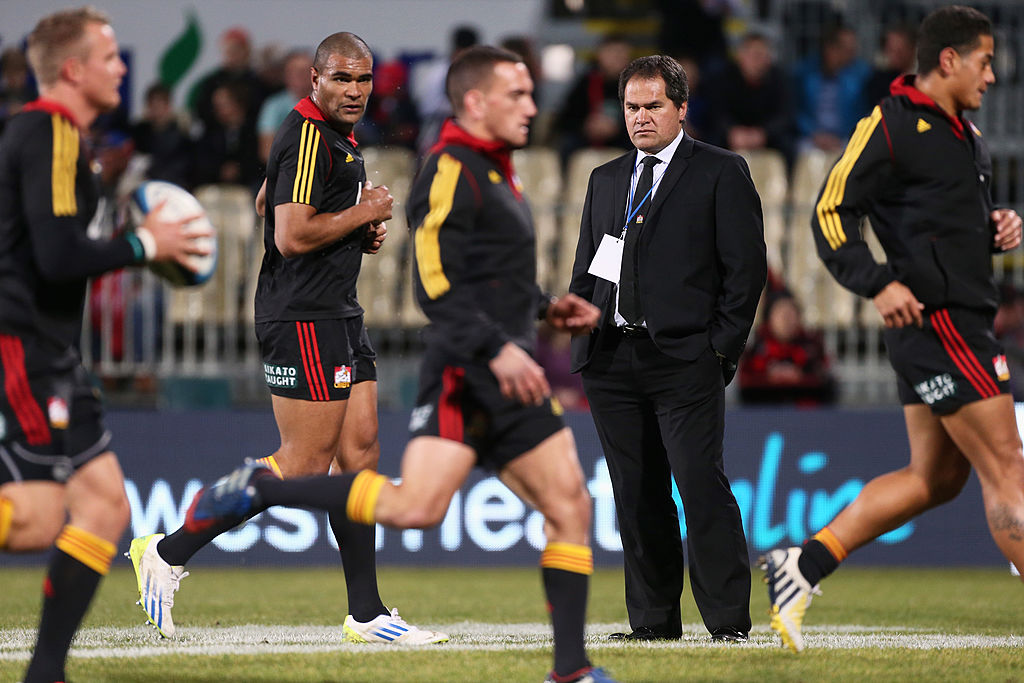 Rennie coached Chiefs to Super Rugby success in 2012 and 2013

Rennie was named Head Coach of Glasgow Warriors for the 2017/18 season and in his second year he took the Scottish outfit to the Pro 14 Final and the Quarter Finals of the
European Champions Cup, the first time the Warriors have made the playoffs in both competitions.

Today’s announcement is the result of an extensive search which included in-depth analysis of all of the leading experienced coaching candidates in world Rugby.

Rugby Australia Chief Executive, Raelene Castle said: “This is a massive coup for Australian Rugby, Dave Rennie was the clear standout candidate for the job, and we’re thrilled to have
secured his services.”

“Dave’s coaching philosophy focuses equally on football and team culture, the key pillars to building sustainable success in any team. He has a proven track record in the Northern
and Southern Hemisphere.

“Given incumbent Head Coach, Michael Cheika had indicated in early 2019 the possibility that he would not seek re-appointment for the role, we needed to identify a list of candidates that would be available to us, and suitable to work within our new High Performance framework. This search has been ongoing for the past six months.

“When Michael then confirmed he would not seek re-appointment following our Rugby World Cup exit, we moved to appoint our preferred candidate.

“I have had extensive conversations with Dave, and he was interviewed by Rugby Australia Chairman, Cameron Clyne and fellow Board Directors and former Wallabies, Brett Robinson and Phil Waugh before being appointed to the role.

“It was important to Dave to see out his contract with Glasgow and he will commence with the Wallabies at the completion of the Pro 14 season. Between now and June, the Wallabies Assistant Coaches and Director of Rugby, Scott Johnson will take the lead in working with the players under Dave’s guidance and direction.

“Dave and Scott worked closely together during their time in Scotland and will join forces once again to implement Rugby Australia’s National High Performance Plan. With Dave as Head Coach, and Scott managing our off-field program, the Wallabies have the right structure in place to build for the next era of sustained success,” said Castle.

Incoming Qantas Wallabies Head Coach, Dave Rennie said: “My wife, Steph and I have spent the past few months considering our future and we’re really excited about our decision.

“I’ve been coaching professionally for over 20 years and wherever I’ve gone, I’ve immersed myself in the community and culture. I believe I can make a difference here.

“There are some outstanding young men coming through the schools system. I want to create a strong connection with the Super Rugby and national age grade Coaches and help them achieve their goals, which will benefit the Wallabies in time.

“When I met Raelene Castle, I was really impressed with her plans for the future of Australian Rugby and I’m keen to be part of that.

“We’ve loved our time here in Glasgow. The Coaching group and management are absolutely world class. The work ethic and passion of the players has been incredible, and we will miss them,” said Rennie.