The Bledisloe Cup Series had plenty of points but the All Blacks had to make more tackles but conceded less points and missed far fewer tackles...

New Zealand have wrapped up the Bledisloe Cup with a game in hand in this unfamiliar 2020 edition of the trans-Tasman series and they’ll know that their defence is what holds them in good stead to finish without a loss as they head into the fourth and final game of the Bledisloe Cup this weekend.

Renowned for their offensive prowess, the All Blacks are also one of the most defensively adept teams in the world and their staunch approach without the ball in the 2020 Bledisloe Cup has led them to concede just 28 points across the three games thus far.

New Zealand have been required to make nearly 40 more tackles than Australia throughout the 2020 Bledisloe Cup but despite this have missed more than 20 fewer tackles than their trans-Tasman opponents. They have completed 417 of their 531 tackle attempts throughout the campaign thus far for a success rate of 79% - four percentage points better than the Wallabies.

Not only are they missing fewer tackles than their opposition this series, but they are also collapsing less often because of those misses. The All Blacks have shown how a defence can adapt on the fly to cover for any of the few mistakes that it makes. 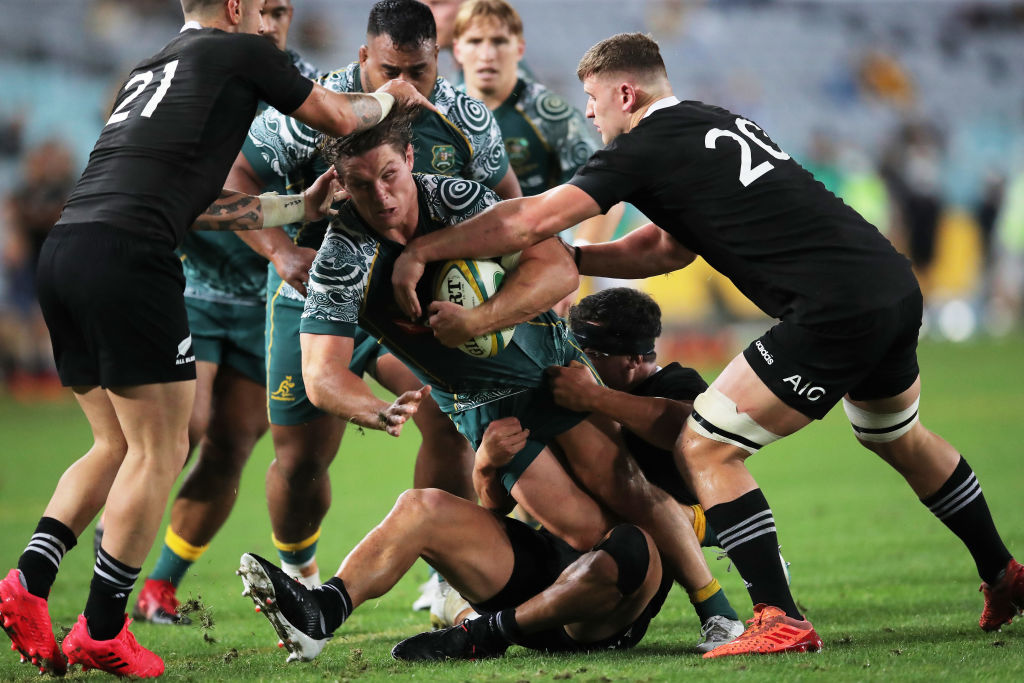 Australia have managed to scramble and save fewer than half of their total missed tackles (39/80) in the 2020 Bledisloe Cup, leading to havoc on most instances. New Zealand, however, have managed to shut down all but 16 of the plays allowed by their missed tackles in the same term. The All Blacks have allowed just 15 clean breaks as a direct result of a missed tackle this series, slightly more than half as many as the Wallabies (28). Furthermore, only one try that New Zealand have conceded this series has come as a direct result of a missed tackle while Australia have conceded 13 tries via this method.

All-in-all, New Zealand’s defence has shown that it is one of the most effective in the world at adapting on the fly to cover the few mistakes that it does make and Australia will need to capitalise on every one of the few opportunities they are allowed in the final Bledisloe Test of 2020 if they’re to go any way towards clinching their first win of the series.