Eden Park Aura Too Much For Wallabies

The All Blacks winning run at the fortress of Eden Park continues as the Wallabies went down 7-27 to NZ in Auckland to give the All Blacks a 1-nil lead in the 2020 Bledisloe Cup Series.

Australia had all the early ball and territory but couldn’t capitalise due to intense breakdown pressure from New Zealand.

The All Blacks eventually worked their way into the game and quickly turned defence into attack with a series of offloads breaking down Australia’s defence.

A penalty to Richie Mo’unga was soon followed by a try to New Zealand scrumhalf Aaron Smith, who bounced off a powerful scrum play to squeeze through for a 10-nil lead.

The Wallabies were able to wrestle back the momentum though and a sharp break from flanker Ned Hanigan was shifted out wide for try machine Marika Koroibete to finish in the corner. James O’Connor’s conversion brought the score to 10-7 with 10 minutes left to play in the opening half. 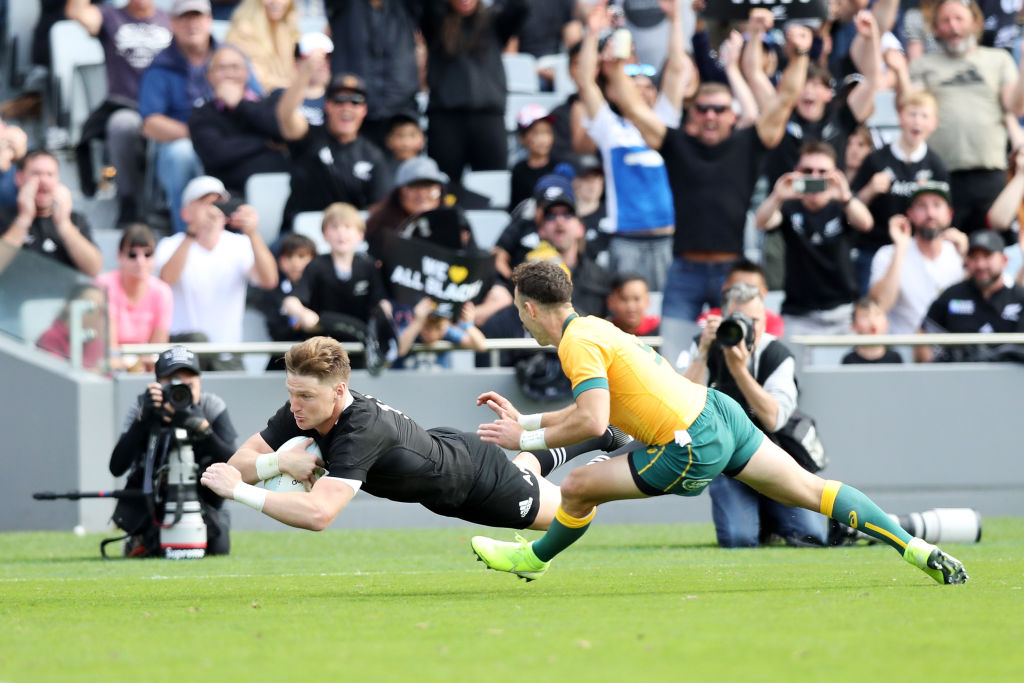 That’s where the scored stayed at the half-time break despite some brilliant attack as Australia tried to pry apart the New Zealand defence.

The All Blacks fired out of the blocks in the second stanza with Jordie Barrett dotting down after just two minutes of play to establish a 15-7 lead.

It quickly turned into a 20-7 lead after some sensational play from All Blacks winger Caleb Clarke in his first run-on start. The 110 kilogram behemoth terrorised the Wallabies defence before shifting the ball wide for Ardie Savea to score.

The Wallabies attempted to strike back straight away though as some sharp lead-up play through the middle gave Jordan Petaia space to drop it wide to Koroibete, but the winger was held up in goal.

Australia then had a try disallowed when hooker Brandon Paenga-Amosa was penalised for a double movement in stretching out for the try-line after a powerful rolling maul. The All Blacks then rubbed salt into the wounds just minutes later with New Zealand going the length of the field from the ensuing penalty for skipper Sam Cane to break through for a try of his own.

The Wallabies tried to force it in late stages of the second half but it wasn’t to be as New Zealand secured a 27-7 victory. 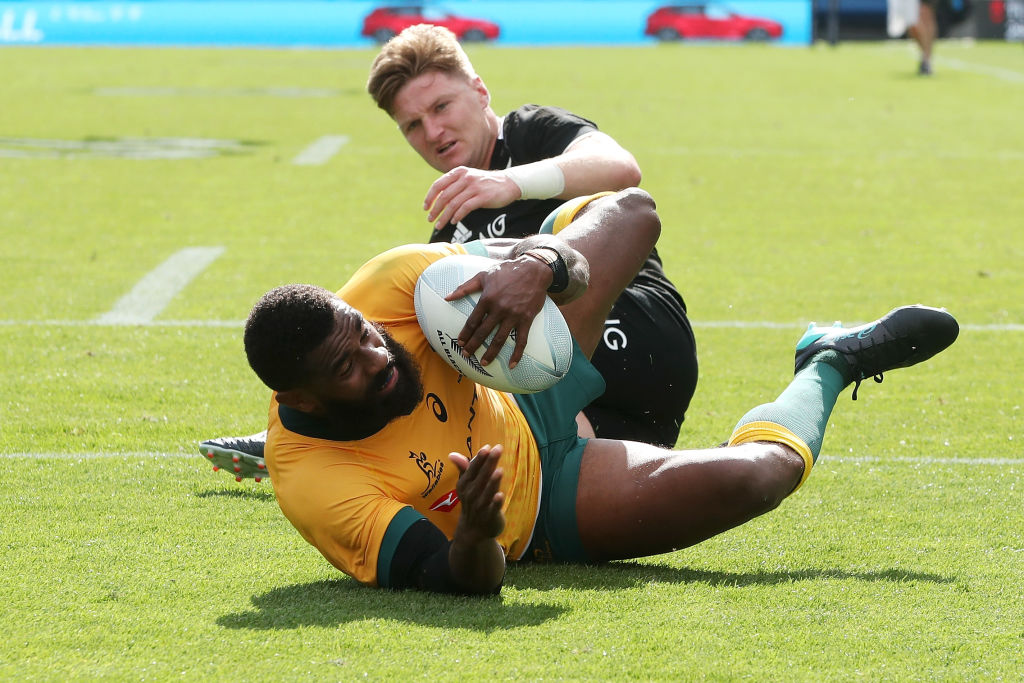 The two sides now enjoy a well-earned week off before the third Bledisloe Cup Test at Sydney’s ANZ Stadium on Saturday 31 October.

Tickets are on sale now for the third Bledisloe Cup Test at Sydney’s ANZ Stadium on Saturday 31 October via Ticketek.

Tickets go on sale for the 2020 Tri Nations a 1pm AEDT this Thursday, 22 October. For more, sign up at Team.Rugby.