England won the Third Test in wet conditions in Cape Town but the Springboks won the series 2-1 and now look forward to The Rugby Championship.

The Springboks have the potential to win the Rugby World Cup, agreed the coaches of South Africa and England, despite a “terrible” performance in a 25-10 defeat in the third and final test of the Castle Lager Incoming Series at a sodden DHL Newlands in Cape Town on Saturday.

South Africa won the series 2-1, but Rassie Erasmus, SA Rugby’s Director of Rugby, was a disappointed man after the reverse.

“We were terrible today, in my opinion,” said Erasmus.

“We did learn a lot today, we knew we took a gamble and we looked at combinations but the things we got wrong had nothing to do with combinations, they were things that we could control such as discipline and breakdown play.

Springbok captain Siya Kolisi added: “The referee did a great job, we just made a lot of mistakes. There were things we were in control of that we got wrong. There were no signs at training; we worked really hard.”

Erasmus added: “Sad to say, we didn’t get up for this game. I will have to look at myself and how we prepared – maybe I made mistakes but we’ll have to analyse how the different players reacted to playing a different game in a different competition.”

However, Erasmus was upbeat about South Africa’s potential: “I really think we can win the World Cup. If we can get it right quickly then we are definitely in with a chance – but we have to manage our talent.

“There’s a lot of things we have to balance so that we have fresh, experienced team with a lot of talent when we go to the World Cup.”

England coach Eddie Jones said: “The big difference between the Boks now and six months ago is that they work much harder off the ball; they’ve got a strong maul and when the opportunity arises, they have the ability to move the ball wide and in Willie le Roux they have someone who makes really good decisions.

“South Africa has got some bloody young players and incredible depth. They have made some really good gains over the past few weeks and they will continue to get stronger.

“The South African side is revitalised; they are well coached, well balanced and played some good rugby. In the first two games they were too good for us and deserved to win the series, but they were small margins in the series.” 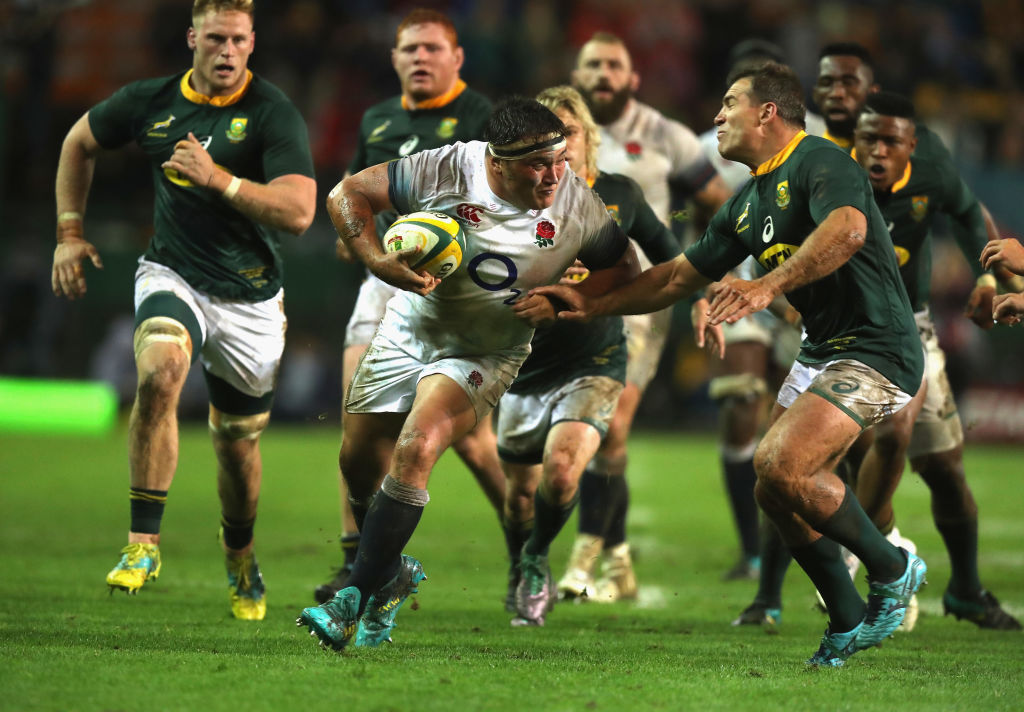