England have won the Ella-Mobbs Cup after a 21-17 victory over the Wallabies at the SCG.

Tries to man of the match Freddie Steward and Marcus Smith either side of the break helped seal the win and the series for Eddie Jones' men.

The Wallabies were eager to start strong and instantly Nick Frost made an impact as he charged down a kick in the first minute.

With both sides creating chances, it was the visitors that opened the scoring via the boot of Owen Farrell.

Needing a spark, the two Wallaby wingers combined for a brilliant opening try.

Marika Koroibete would bump off a tackler and throw a great ball to Tom Wright, making the break from his own half.

The Brumby charged into space before interchanging with Nic White as Wright dived over in the corner.

England found a response when Farrell's penalty thumped the post and gave England possession inside the 22, with Freddie Steward diving over in the corner for a 11-10 lead at the break.

Another penalty from Farrell extended the margin before Marcus Smith latched onto a loose ball and ran 60 metres the score.

Needing a response, the Wallabies eventually found their way over as replacement Folau Fainga’a charged over after some strong breaks.

The hosts continued to press for a game-winner as the likes of Koroibete, Wright and Pete Samu looked threatening with ball in hand.

In the end, a resilent England defence continued to win turnovers as the Wallabies went on the attack.

This allowed them to close out the game and secure the victory in a hard-fought series. 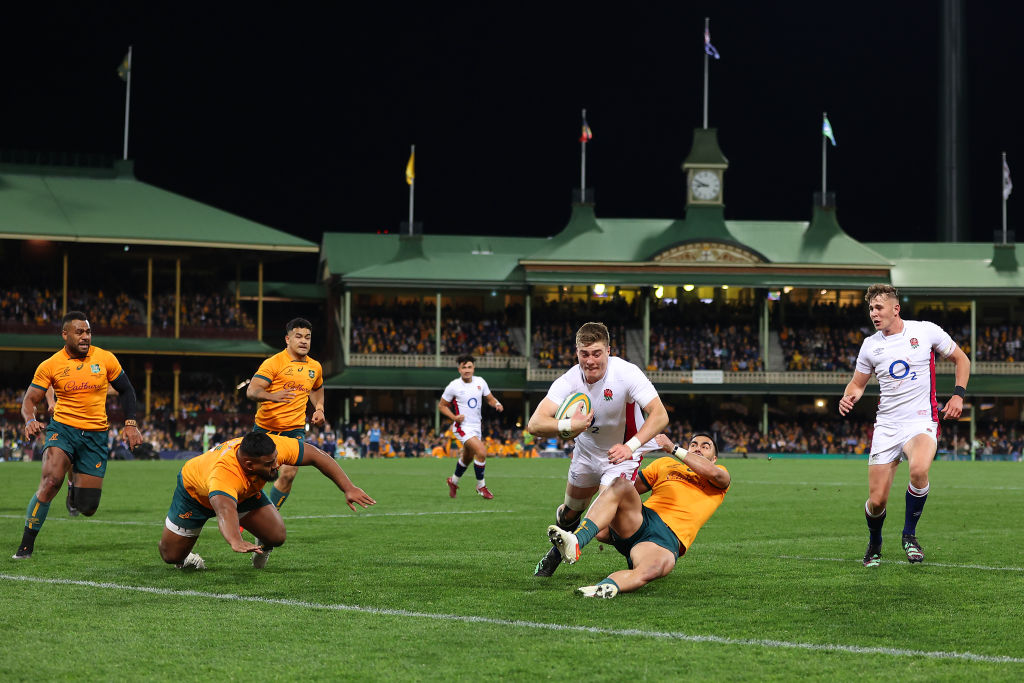