England Too Good for Wallabies at RWC

The Wallabies have fallen to England in their Rugby World Cup Quarter Final clash in Oita.

Despite seizing the upper hand in the opening 15 minutes, the Wallabies were unable to contain the northerners who pulled away to a 40-16 victory with a pair of tries in each half.

The Wallabies could produce only three points from their early dominance, before winger Jonny May struck twice for England against the grain to take the wind out of Australia's sails. In a three-minute period midway through the half, May scored his first when the ball was sent through the hands, and moments later was back over in the same corner after regathering a kick from centre Henry Slade.

May's brace set up a 17-9 half-time advantage for England, leaving the Wallabies in need of a big start to the second half.

Michael Cheika's men delivered exactly what was ordered, with Reece Hodge firing a perfect cut-out pass to Jordan Petaia, who turned it inside to winger Marika Koroibete to do the rest.

Koroibete's 50-metre dash to the line moved the Wallabies back to within a point of the lead in the 43rd minute, but from there it was all England, as they crossed twice more and rode the boot of Owen Farrell to punch their ticket to the Semi Finals.

Prop Kyle Sinckler and winger Anthony Watson were the other tryscorers for the men in white, while Australia's points came from Koroibete's try and four successful shots at goal from flyhalf Christian Lealiifano.

Koroibete had a second try scratched for a forward pass in the dying minutes, but by then the damage was done and England were left celebrating at the full-time whistle. 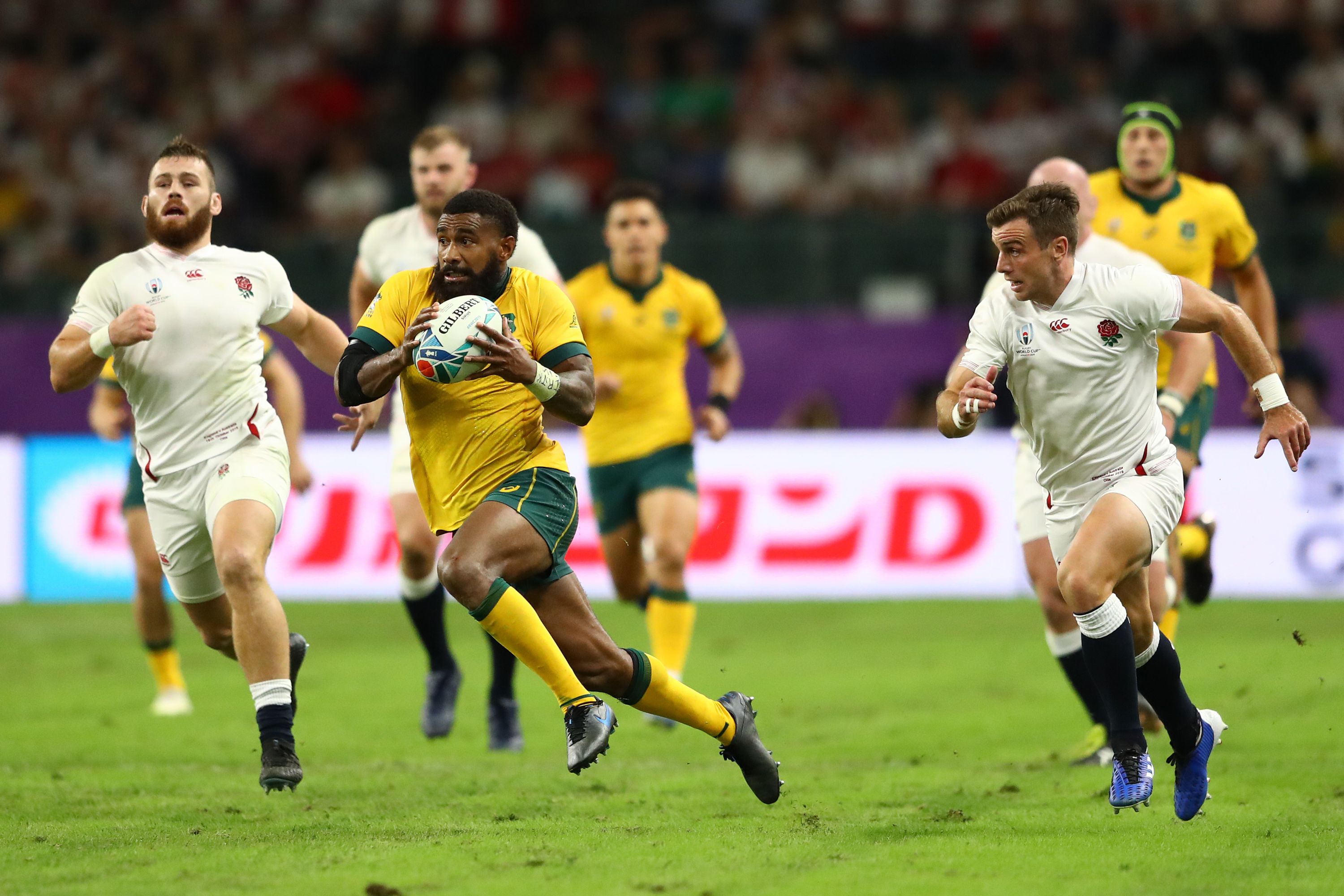