England have levelled the series after a 25-17 win over Australia at Suncorp Stadium.

The English started strong as Marcus Smith put Ellis Genge through a hole inside two minutes.

This set the tempo for the first half as the visitors dominated the collision battle and territory.

The Wallabies were struck down early by injury as Jordan Petaia was dazed after a tackle went awry.

Billy Vunipola opened the scoring in the fifth minute as they charged over from the rolling maul.

Two penalties from Owen Farrell kept the scoreboard ticking as they raced out to a 13-0 lead.

This allowed Farrell and England to build further pressure as they kicked two penalties with the Waratah in the bin.

Needing a response, the returning Taniela Tupou proved unstoppable from close as he barged over, reducing the margin to 19-7 at the break. 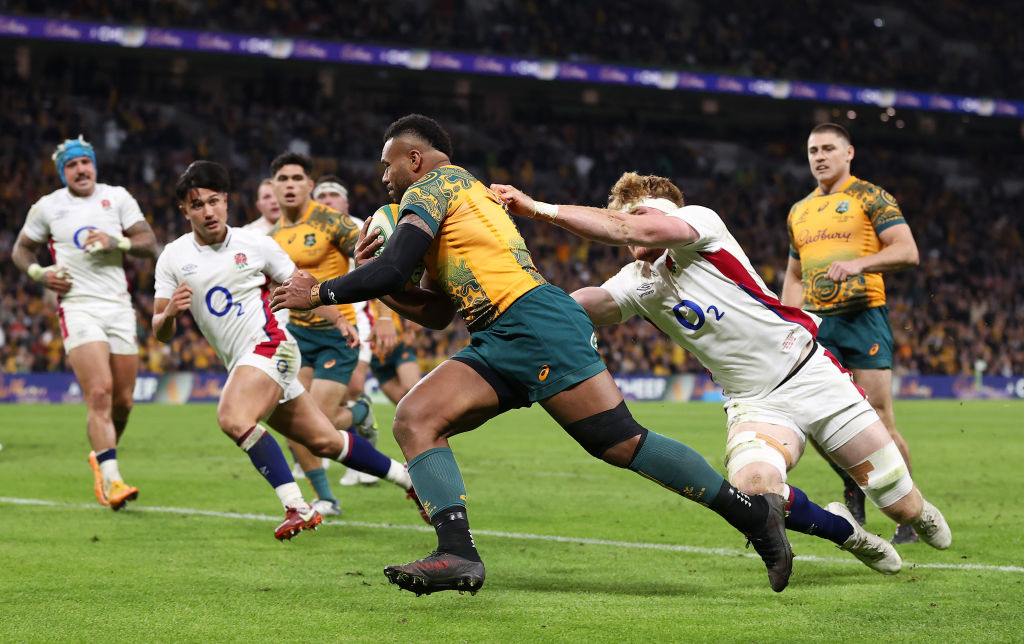 The Wallabies would suffer a further blow as Perese was carted from the field with a knee injury.

This failed to stop their momentum as Samu Kerevi sliced through the defence and crossed.

Marcus Smith was then sent for ten for his own deliberate knockdown, with Lolesio making no mistake with the resulting penalty.

From here, the hosts hunted for a response, however, struggled to finish off their chances as the English survived promising attacking efforts from Tom Wright and Marika Koroibete.

In the end, the English held on to level the series as Farrell kicked his seventh penalty of the night to seal the 25-17 victory.