The Wallabies broke Ireland’s 11-game winning streak as they overcame the Grand Slam champions 18-9 at Suncorp Stadium in Brisbane on Saturday.

They have now won their last two matches – against the All Blacks and Ireland (one and two in the world) – at the Queensland venue.

Bernard Foley and David Pocock dotted down for the hosts as they produced a brilliant defensive performance, soaking up some relentless Irish pressure and taking their chances when they got deep into opposition territory, unlike Ireland.

The win is the ideal tonic for Michael Cheika’s side after that awful 53-24 drubbing at the hands of Scotland in their previous game back in November of last year.

Key to the Wallabies’ victory was their dominance of the breakdown area, with Pocock especially annoying to the Irish, winning numerous turnovers in his first Test match in 18 months.

Foley gave Cheika’s side an early 3-0 lead after Bundee Aki was blown up for offside but 10 minutes later Ireland were back on level terms via the boot of Joey Carbery when Foley was penalised for offside.

Ireland began to control proceedings but were denied by some heroic Wallabies’ defending and steals from the loose forwards including Pocock and Michael Hooper. All the visitors came away with for their efforts was a Carbery penalty before they went behind soon afterwards.

Slightly against the run of play, the Australians took the ball through the backline with Foley showing especially good hands to create the space for Marika Koroibete cutting in off the left wing – the impressive former NRL star halted inches short.

The Irish defence were unable to regroup quickly enough, with Will Genia’s low, flat pass to the blindside allowing Foley to dive over in the corner as the Wallabies took an 8-3 lead with just over five minutes before the interval. 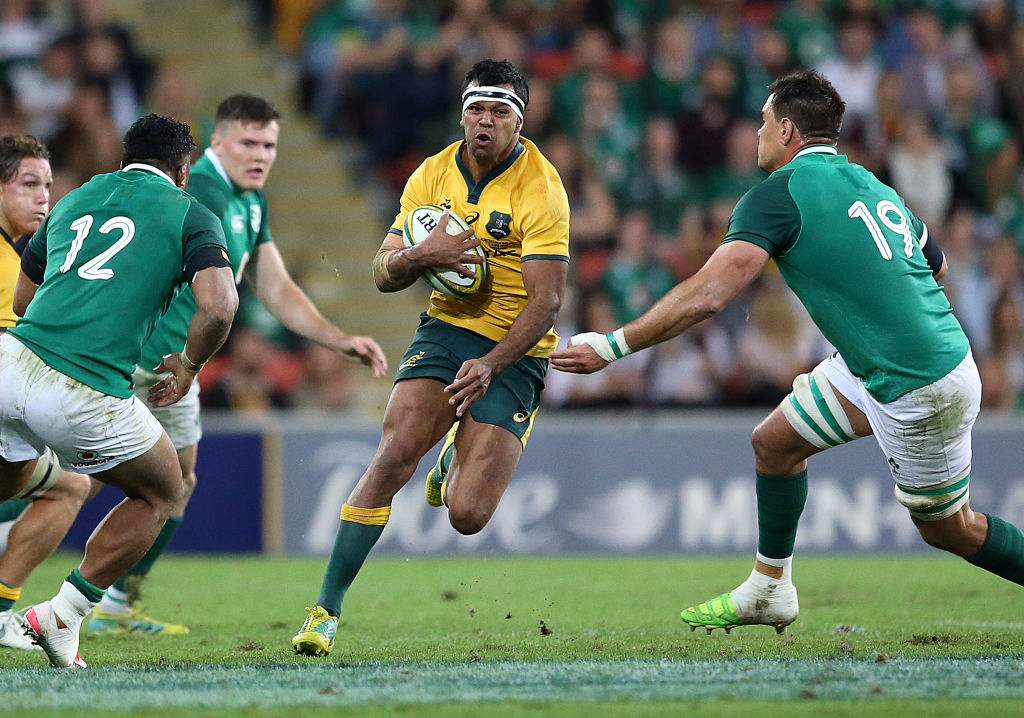 Ireland came out all guns blazing in the second half, having enjoyed 72 percent possession by the 52-minute mark. They were unlucky not to convert their dominance into points when CJ Stander was was held up after a barnstorming carry got him over the line only for Dane Haylett-Petty to do sterling work in managing to hold him up.

Kurtley Beale thought he made the try that would have given the Wallabies the lead, drawing three defenders and allowing Foley to release Israel Folau down the right touchline, but referee Marius van der Westhuizen called play back for a late tackle off the ball by Adam Coleman. Australia were not best pleased with the decision.

But a Foley penalty would ensure that they take an 11-9 lead with 11 minutes to go after the Wallaby front-row, including replacements Tolu Latu and Taniela Tupou, overturned an Irish scrum and won the penalty for their side.

By now the Irish were enjoying substantially less possession and territory with the Wallabies on the front foot. Pocock bashed his way over the line after excellent build-up play, just reward for a superb display from the flanker. Foley added the extras for an 18-9 lead with six minutes to go.

While Ireland did cross through Kieran Marmion late on, that was also chalked off due to a knock-on, with Australia winning to take a 1-0 lead in the series.