The Wallabies have fallen to France in another epic encounter at AAMI Park, setting up for a winner-takes-all final Third Test.

In front of a capacity crowd, it was a battle of the boot with Noah Lolesio and Melvyn Jaminet going head-to-head as penalties dominated the match.

France opened the scoring in the early stages of the game, leading with the boot of Jaminet before Lolesio took to the scorecard to set up the match.

Damian Penaud was the first to breach the Wallabies defence to score the game’s opening try, before the battle of the boot returned.

The Wallabies trailed moments before halftime until Taniela Tupou set up Jake Gordon in the corner to score Australia’s first try of the match, and reducing the margin to just two points at the break.

Lolesio continued the Wallabies scoring run, opening up the second half with another penalty before the boot of Jaminet increased France’s lead. 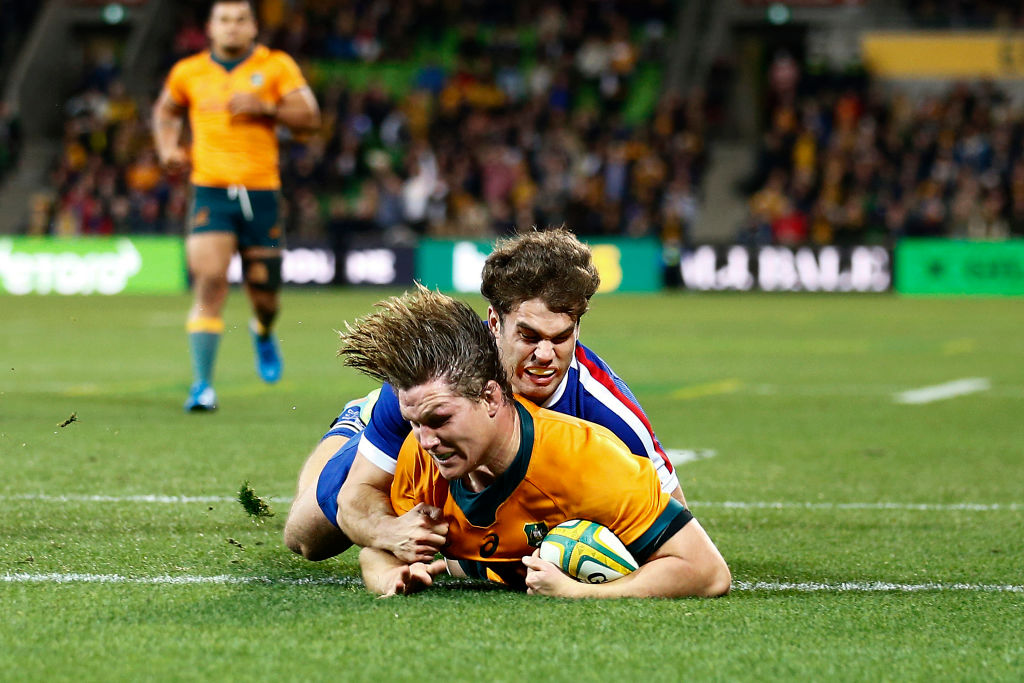 A Michael Hooper try in the 70th minute brought margin back again before Lolesio stepped up to kick a penalty and put Australia in front with just three minutes left to play.

The game seemed destined for a Wallabies victory before a penalty in front of the posts for France saw Jaminet continue his perfect form, and kick his seventh penalty of the night to force a decider this Saturday in the best of three-test Series.

The Wallabies will now head back to Suncorp Stadium on July 17 for the third and final eToro Test as they look to retain Trophée des Bicentenaires.