Wallabies coach Michael Cheika has named the Wallaby sqaud for Saturday’s clash with England at Twickenham, in what will be Will Genia’s 100th Test appearance.

Genia will become the tenth Australian Test centurion, almost 10 years on from his debut against New Zealand in 2009.

The 30-year old is one of five changes to Michael Cheika’s side that defeated Italy 26-7 in Padova last weekend.

Fellow centurion Sekope Kepu returns to the starting side at tighthead prop with Tolu Latu to start at hooker after sitting out last weekend’s clash.

Jack Maddocks will earn just his third Test start with Dane Haylett-Petty on the right wing to allow Israel Folau to remain at fullback.

However, star number 8 David Pocock has been ruled out of the match at Twickenham. Pocock has battled a neck complaint following the clash with Italy in Padova last weekend and will be replaced by Pete Samu in the matchday 23.

Samu’s inclusion from the bench has allowed the Wallabies to revert to a five-three split amongst the reserves with Marika Koroibete drafted in.

Koroibete was a threat in attack last weekend at Stadio Euganeo as he scored two tries in the 26-7 win.

The Wallabies will wear their Indigenous jersey for just the second time when they run out at Twickenham, after earning a hard-fought 23-18 win over New Zealand in the jersey’s debut last year.

Australia have only won twice in their past 10 meetings against the Old Enemy with the last Wallabies victory back in 2015 at the Rugby World Cup when England were the first hosts to be eliminated in the pool stage. 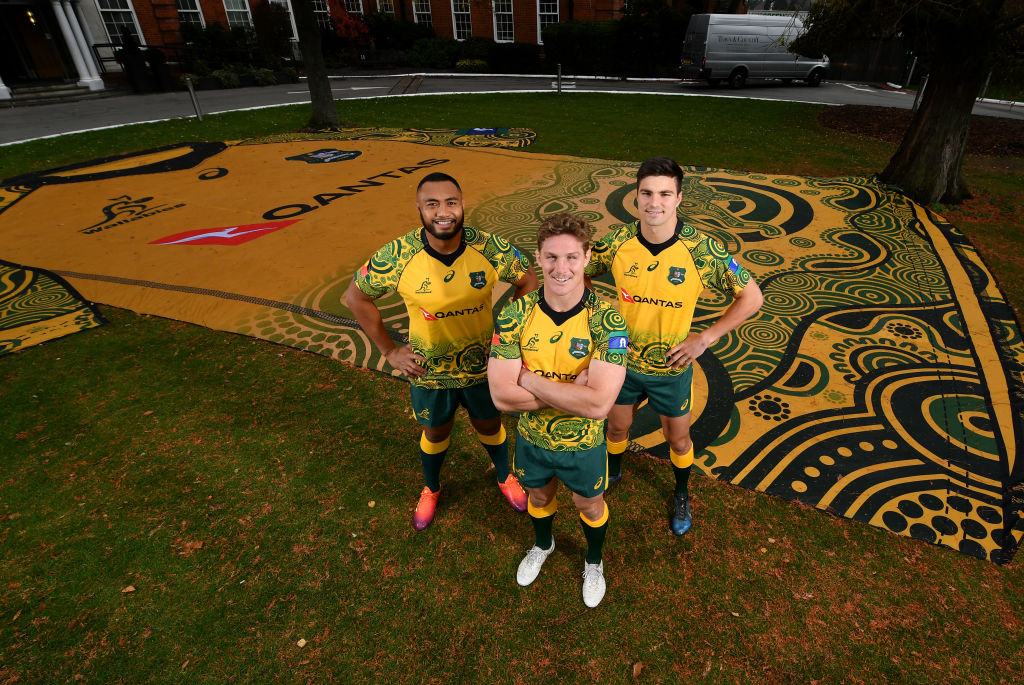 England head coach Eddie Jones has kept faith with wing Joe Cokanasiga and hooker Jamie George for the game against Australia at Twickenham.

Cokanasiga starts after fellow back three players Jack Nowell and Chris Ashton were ruled out, while George is preferred to co-captain Dylan Hartley.

Manu Tuilagi returns to the 23 after being forced to pull out before the opening November Test encounter versus South Africa and is joined on the bench by Nathan Hughes.

Elsewhere, there are several changes from the Japan contest with the majority of the team that ran New Zealand close being selected.

In the pack, Ben Moon and Kyle Sinckler join George in the front-row, with Courtney Lawes packing down behind the trio after shifting from the blindside.

The back-row once again sees Brad Shields, Sam Underhill and Mark Wilson lining up together after impressing against the All Blacks.

“We’ve picked our best 23 for the Australia game,” said Jones. “We know they have a unique style of attack so our ability to defend that is going to be important.