New Zealand finished their Rugby World Cup campaign on a high when they clinched a 40-17 win over Wales in the Bronze Final in Tokyo.

It was supposed to be the game nobody wanted to play but the All Blacks and Wales put their respective Rugby World Cup campaign disappointments behind them by extending their lengthy rivalry.

Leading the way were the departing All Blacks captain Kieran Read who made an emphatic statement while wing Ben Smith left memories of his special qualities by scoring two tries. Centre Ryan Crotty and Sonny Bill Williams were strong in midfield.

Of those, whose future is likely to continue with the side, none was more impressive than flanker Sam Cane whose tackling was outstanding, and it needed to be against a Welsh pack who built phase play after phase play, but generally the All Blacks defence proved strong. 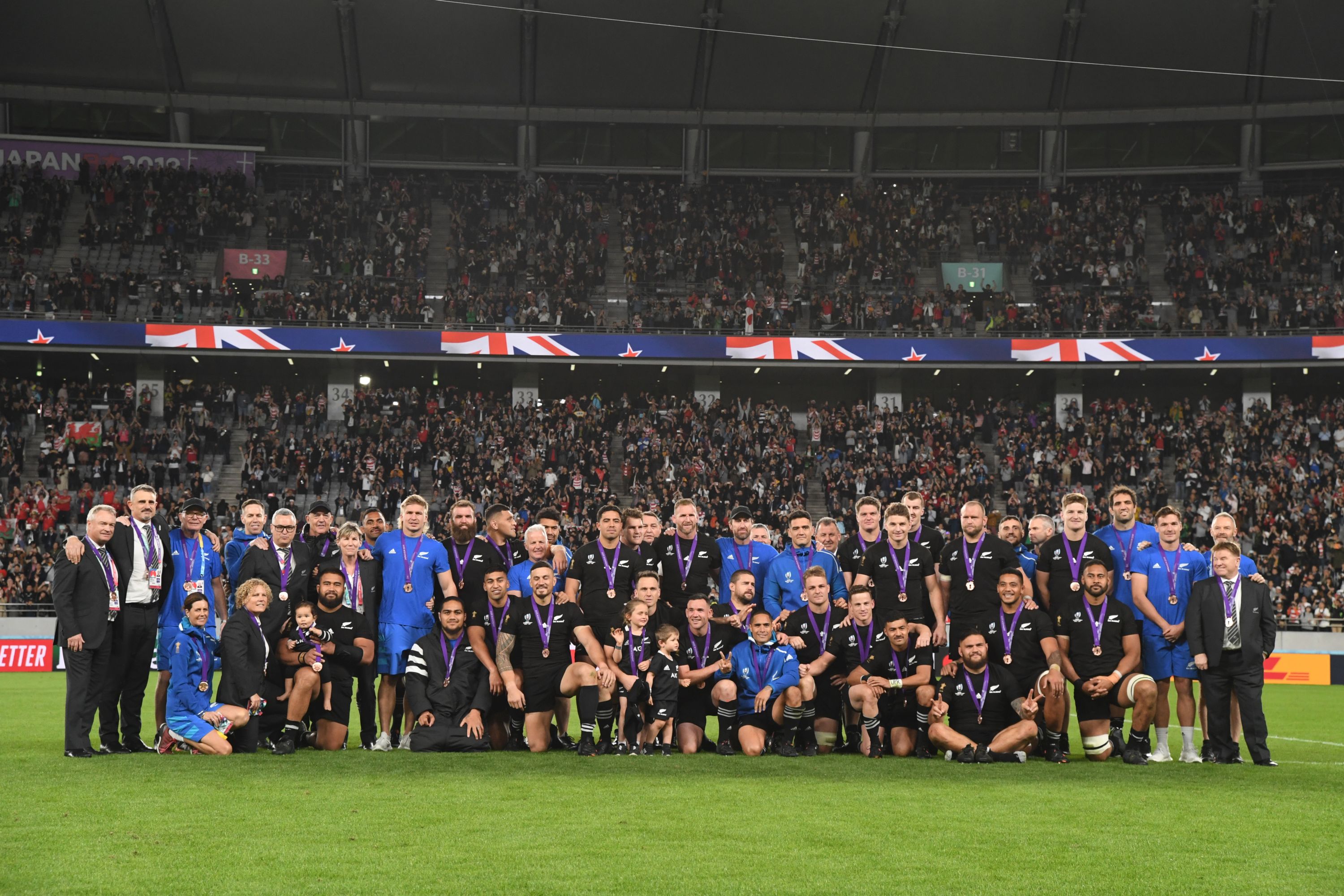 Coach Steve Hansen said he was proud of the side and he said it had been a privilege to be with the side through 15 years. Welsh coach Warren Gatland congratulated the All Blacks and said they had been fantastic on the night.

Considering both sides had come off tough semifinals the game produced a level of play that defied the pain both sides must have felt.

And they will get to do it three times again next year when Wales tour New Zealand in mid-season with both sides having new coaching personnel and new faces in their playing rosters.

A missed penalty goal by first five-eighths Richie Mo'unga (pictured) that rebounded off the post into the field of play had no immediate consequence and while Wales cleared, New Zealand ran the ball back with Mo'unga making the initial break before linking with Read. He gave lock Brodie Retallick the ball with room and when he was halted he had time slip a backhand pass to prop Joe Moody who had time to run 30m for the opening try in the fourth minute.

Two blindside breaks from the base of his pack, the first a scrum in the All Blacks half, and the second after a drive forward hooker Dane Coles, who left the field after the first quarter with a calf injury, flicked a reverse pass to fullback Beauden Barrett, who cut back and ran in untouched beneath the crossbar in the 12th minute.

Consecutive penalties conceded by the All Blacks saw Wales kick to the corner and while their mauls were countered, they eventually freed the ball to their backs where fullback was able to work his way over between wing Ben Smith and Mo'unga.

Ben Smith provided a double farewell present to the side. In the 32nd minute he made the most of a counter ruck won on the back of good work by Williams. Retallick was in to play halfback to feed Read and then blindside flanker Shannon Frizell before Smith was fed the ball from the breakdown. He sliced back through on the angle to put the ball over the line for the 32nd minute try.

Then on the halftime hooter, from an All Blacks lineout replacement hooker Liam Coltman took the ball and ran around the lineout to set up a ruck. Aaron Smith then threw the ball back across the faces of three Welsh defenders to Ben Smith on the sideline. He beat his marker Josh Adams with a classic fend and crossed for his second try.

Less than a minute after the start of the second half, Mo'unga angled a kick deep into touch in the Welsh 22m. Wales couldn't secure the lineout, Ben Smith ran hard in tidying up, before Williams and Read provided the impetus to see centre Ryan Crotty score.

Ben Smith had a third try over-ruled by the TMO it being ruled the ball had been propelled forward when Ioane touched the ball on to him.

Both sides made significant changes from their bench and it was the Welsh who made the most of it initially in a frenetic 16 phases driving at the All Blacks line and finally it was wing Josh Adams who managed to ground the ball on the paint to score in the 58th minute.

The final score was provided just before the end when a classic blindside move from a scrum out from the Welsh line, the result of a Mo'unga kick ahead which was trapped in-goal, saw Mo'unga slip through for the final try. 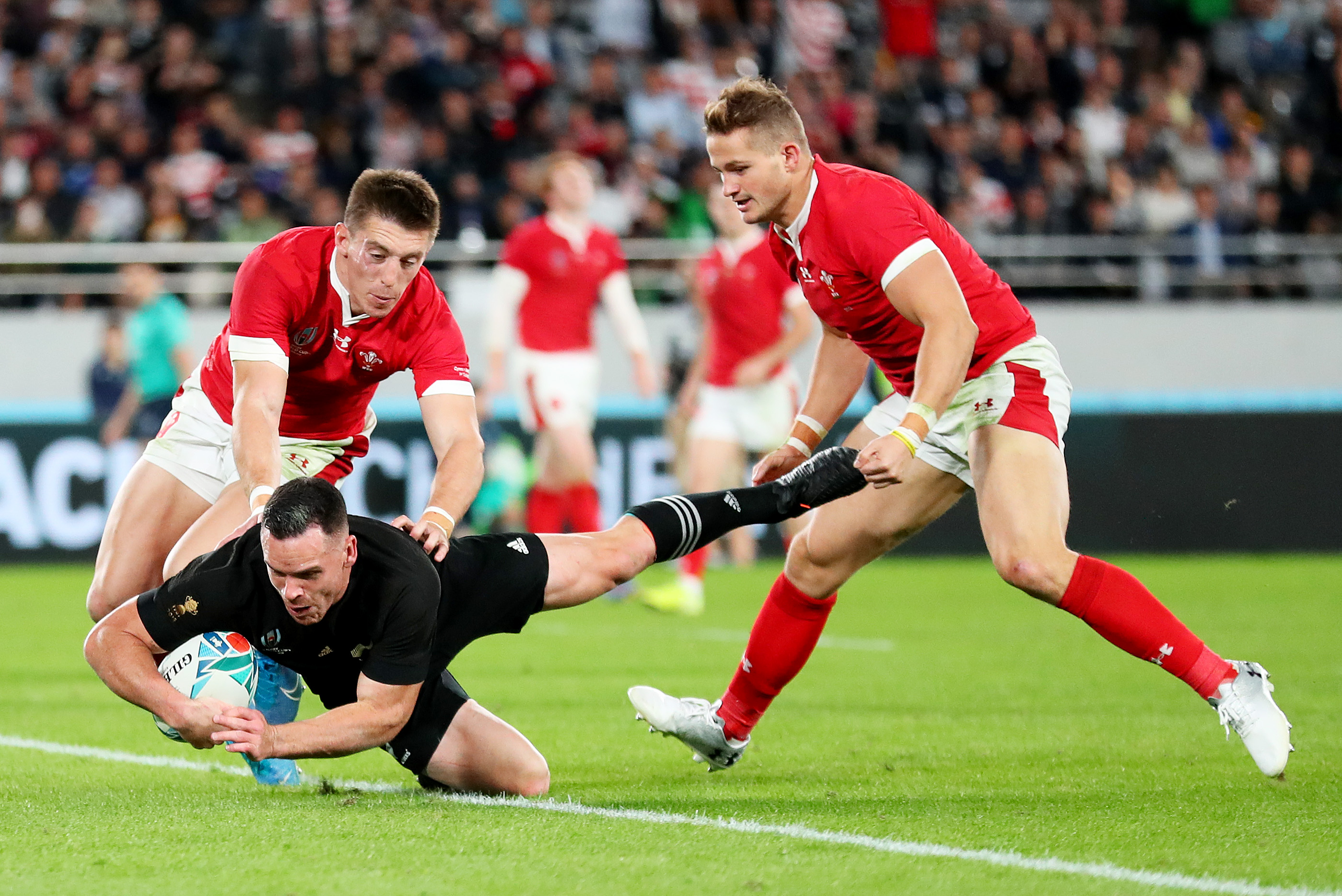