Argentina rewrote the history books in Sydney on Saturday as they outsmarted the All Blacks 25-15 to record their first-ever win against New Zealand.

Poor discipline and inaccuracy in the execution of their game-plan cost the All Blacks in last week's defeat to the Wallabies and it was a similar story against the Pumas, who dominated for long periods.

Nicolas Sanchez was the Pumas' hero as he delivered a masterful all-round performance, scoring all 25 of his team's points courtesy of a try, six penalties and a conversion.

For the All Blacks, Sam Cane and Caleb Clarke crossed the whitewash and their other points came via a penalty and a conversion from Richie Mo'unga.

Argentina were competitive during the early exchanges and took the lead in the sixth minute when Sanchez landed a long-range penalty from the halfway mark, before Mo'unga restored parity with a three-pointer of his own off the kicking tee five minutes later.

The All Blacks held the upper hand during the next five minutes but despite having most of the possession, they lost the initiative as they committed too many unforced errors, with ill-discipline also proving costly.

Midway through the half, the Pumas regained the lead when Sanchez went over for the opening try. This, after he launched a chip kick just outside New Zealand's 22 which wreaked havoc in his opponents' defence. Rodrigo Bruni booted the ball ahead before Sanchez gathered it and scored under the posts.

That score gave Argentina plenty of confidence and in the 27th minute, Sanchez added another penalty after Jordie Barrett was blown up for illegal play on defence.

On the half-hour mark, the Pumas launched a brilliant attack in which Tomas Cubelli laid the groundwork with a superb line break and Bruni and Juan Imhoff also did well with strong carries before Pablo Matera was held up by Mo'unga while crossing the try-line.

Argentina continued to dominate and in the 33rd minute another Sanchez penalty – after the All Blacks forwards infringed at a scrum – gave them a commanding 16-3 lead at half-time.

The Pumas made a bright start to the second period and Sanchez increased their lead in the 49th minute when he slotted his fourth penalty.

The All Blacks needed a response and that came five minutes later when Cane scored his try off the back of a lineout drive deep inside Pumas territory.

Mo'unga added the extras which meant Argentina were leading 19-10 but an indiscretion on defence from the All Blacks flyhalf shortly afterwards was punished by Sanchez, who converted another penalty.

With time running out, New Zealand upped the ante on attack and spent most of the final quarter camped inside Argentina's half. Chasing the game, they committed a plethora of unforced errors, however, and in the 77th minute, Sam Whitelock infringed at a lineout one metre inside his opponents' half.

Up stepped Sanchez, who showed his class as he landed his second long-range goal-kick off the match to effectively seal New Zealand's fate.

There was time for one final push from the All Blacks at the death which resulted in a try for an outstretched Caleb Clarke, but it made no difference to the final result as Argentina held on to complete the historic win. 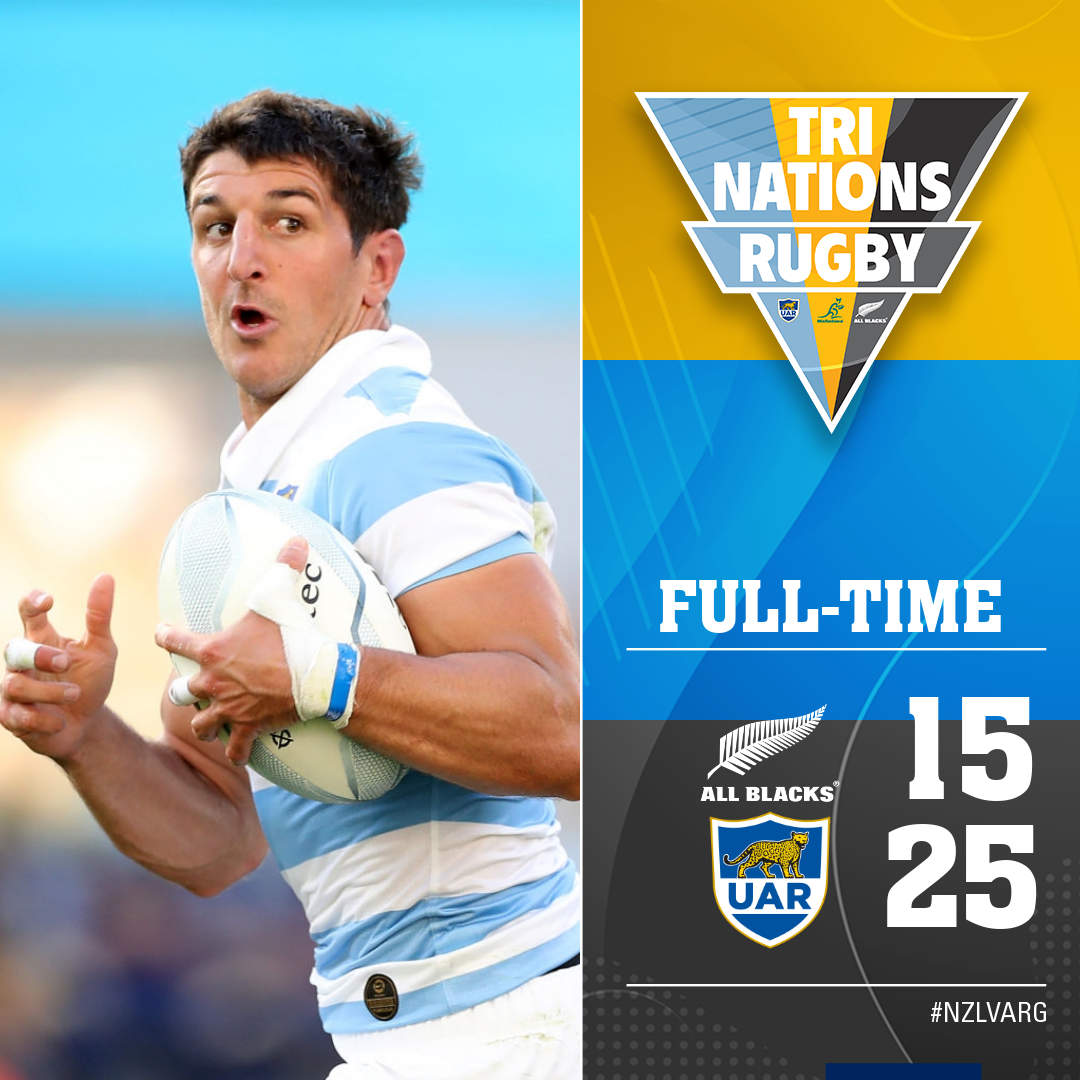