Coach Ian Foster has made several changes to the All Blacks for the Test against Italy at Stadium Olimpico in Rome, on 6 November.

The squad sees the young locking partnership of Tupou Vaa’i and Josh Lord named to start in the second row.  It will be 21-year-old Vaa’i’s fourth start in his 10th Test while 20-year-old Lord gets his first Test start after making his debut against the USA in the first Test of the Tudor Northern Tour.

The duo will have the experience of 77-Test hooker Dane Coles with them, together with props George Bower and Tyrel Lomax, in the starting front row, while the starting loose forward trio is Luke Jacobson at six,  Sam Cane will captain the side in the seven jersey, while Hoskins Sotutu is at number eight.

In the starting backline, Brad Weber is at halfback and Richie Mo’unga has been named at first five-eighth, while the young midfield pairing of Quinn Tupaea and Braydon Ennor are at second five-eighth and centre respectively.  George Bridge is on the left wing, Sevu Reece is on the right and Damian McKenzie is at fullback. The back reserves are halfback Finlay Christie, midfielder David Havili and outside back Jordie Barrett.

All Blacks Head Coach Ian Foster said: “We’ve had a great week here in Rome. It’s very stimulating to be in this city and, whilst we can’t get out as much as we like, it’s great to have the players experience a new culture, and that’s all part of generating energy in a squad when you’re touring.

“We are ready and prepared for this weekend. We know it’s a really big game for us when it comes to improving our skillsets and decision-making as we’ve made that a bit of a focus this week. The team that’s been selected has been given the job of ensuring we grow in those areas from our game against Wales. 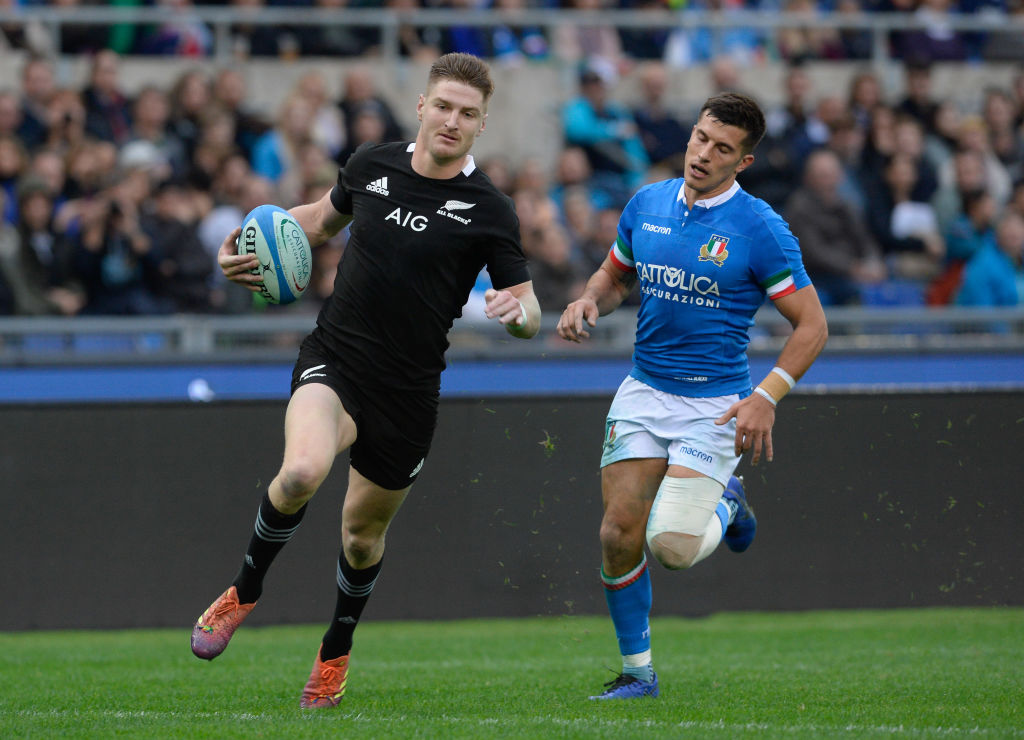 “With this tour we have an objective of growing the opportunities and the depth in this group. We’ve been driving our performances upwards because the competition and the energy in the squad has been huge. This week is about this particular group putting another marker down."

Commenting on his young starting locks combination, Foster said: “Tupou is a quality footballer and we have seen more signs of that in the last two weeks, while Josh on his first tour has learnt things quickly and has been really clear-headed at training. It’s his first start, which is exciting for him, and we’ve got a lot of faith in him.”

Foster said the All Blacks would be facing a little of the unknown with the Italians.

“They have a new coach in Kieran Crowley so they’ll have a different philosophy and I like that for us, because it means we will go into the match with a bit of an edge.

“While Italy may not have been happy with their recent Six Nations results, things generally shift when a new regime comes in, so we’re expecting them to play with a lot of passion in front of their home crowd.”