Kick returns by the back three are an important element of modern game. Who have been the best exponents in The Rugby Championship down the years?

Being able to catch a kick and return the ball with a substantial carry is of immense benefit at any level, an individual can earn vital metres back for their side after the opposition has sent the ball down field with a kick in play.

It is incredibly difficult to cross the gain-line from a kick return, only Le Roux and Argentina’s Ramiro Moyano and Matias Moroni have managed to do so once each. Scoring a try from a kick return has proven to be an equally difficult measure, with two All Blacks (Julian Savea and Damian McKenzie) and one Australian player (Joseph Tomane) finding the try-line from such a method.

Of the Australian squad named to face Argentina this weekend in The Rugby Championship 2019, it is fullback Kurtley Beale who has made the most metres (265 in 35 carries) from his kick returns at the tournament since 2012, 121 more than the next best player named for the Wallabies (Will Genia, 144 in 17 carries). Of their opposition, it is the Pumas’ fullback Joaquin Tuculet [pictured below] who has been the best of the current crop of players, producing 482 metres gained from his 54 kick return carries. 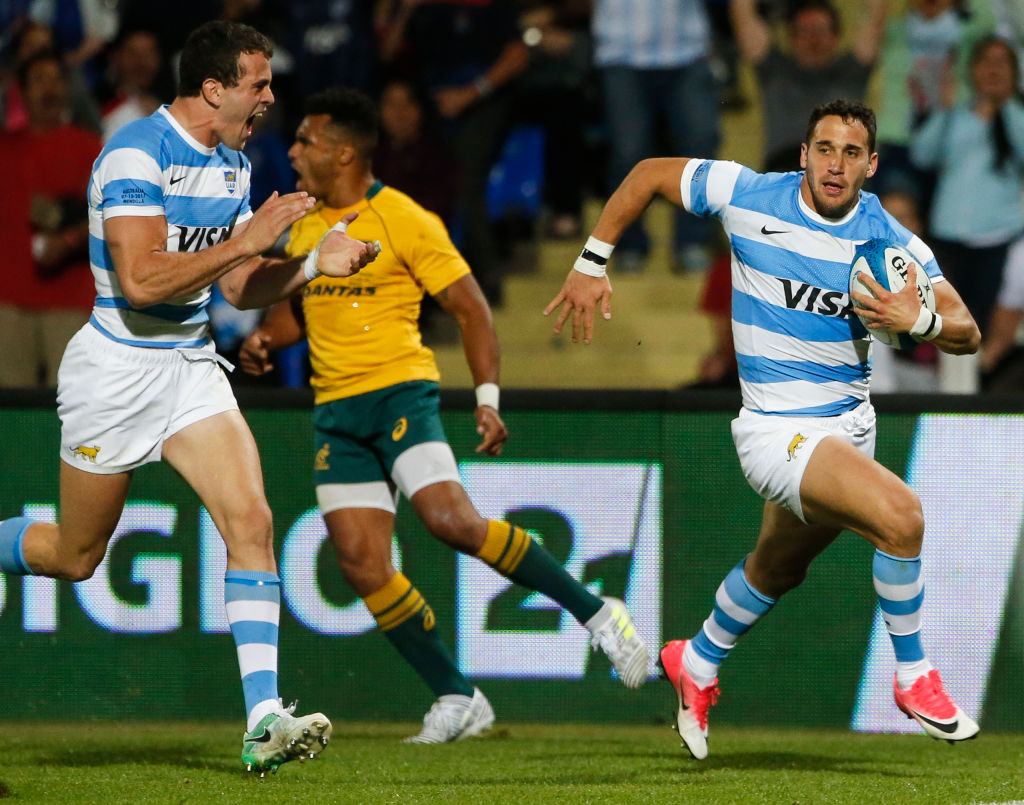 Ben Smith (452) and Rieko Ioane (143) are ranked first and third respectively for most metres gained from kick returns by active All Blacks players. Beauden Barrett is the man who falls in between them in second place, making 272 metres from his 49 kick return carries. Barrett will have the opportunity to improve on his total after being named at fullback to face the Springboks.

Willie Le Roux returns at fullback for South Africa for the clash, the All Blacks’ will need to be on their guard against such a fine exponent of the kick returns.

Of course, the climate and shape of the ground makes returning kicks even more of a challenge. In Wellington and Brisbane, Round 2 of The Rugby Championship 2019 throws up two completely different settings, each with their own obstacles to overcome.