Kolbe, Notshe to Start for Springboks

Cheslin Kolbe (wing) and Sikhumbuzo Notshe (No 8) will make their run-on debuts for the Springboks against the Wallabies in the Nelson Mandela Bay Stadium in Port Elizabeth on Saturday, when the two teams meet in the penultimate round of the Castle Lager Rugby Championship.

The inclusion of Kolbe on the right wing and Notshe in the pack are two of four personnel changes to the Springbok starting team that beat the All Blacks in an epic clash two weeks ago in Wellington, New Zealand.

Kolbe made his Springbok debut in Brisbane three weeks ago and was sent on as an early replacement against the All Blacks in Wellington the following week, scoring a vital try early in the second half.

Warren Whiteley sustained a groin injury earlier in the week, which has ruled him out of action for this Saturday, paving the way for Notshe to earn his first start for the Springboks.

Jesse Kriel, who started at right wing in Wellington, moves back to outside centre. Kriel is set to partner the strong running Andre Esterhuizen in a revamped Springbok midfield as a result of the injuries to Damian de Allende and Lukhanyo Am.

Up front there is a rotation at loosehead prop between Tendai Mtawarira and Steven Kitshoff, who on this occasion will provide impact off the bench. The rest of the starting line-up is unchanged, with Mtawarira set to make his 106th Test match appearance for the Springboks on Saturday.

There are however some tweaks to the replacement bench. Marco van Staden comes into the match-day squad as replacement for Francois Louw, and Embrose Papier is now the back-up scrumhalf in place of Ross Cronje. Furthermore, the versatile Damian Willemse returns to the bench.

“Cheslin has been very impressive since he joined the squad a few weeks ago and now he gets a deserved opportunity to start in a big Test,” said SA Rugby’s Director of Rugby, Rassie Erasmus.

“The same applies for Notshe, who did very well in the role of impact player during the English series. He has kept on working hard and he deserves his opportunity in the starting team.

“The inclusion of ‘Beast’ in the front row is a straight swop for Steven and Jesse returns to outside centre, a position where he has played most of his Test rugby, next to André, who started in four Tests already this year.”

The bench made a telling impact in Wellington, which is something Erasmus will once more demand from his replacements this weekend.

“The players that we sent on took their chances and that’s what we want from this group. We are trying to build experience in the squad that we can take to the Rugby World Cup,” said Erasmus.

The match will also commemorate the 100th birthday anniversary of former South African President, the late Mr Nelson Mandela, and the Springboks have enthusiastically joined into the various happenings in the Friendly City.

“The activities were not distracting at all – in fact, it served as a motivating factor for us if you just look at how much this Test and the occasion mean for the city and the Springbok supporters,” said Erasmus. 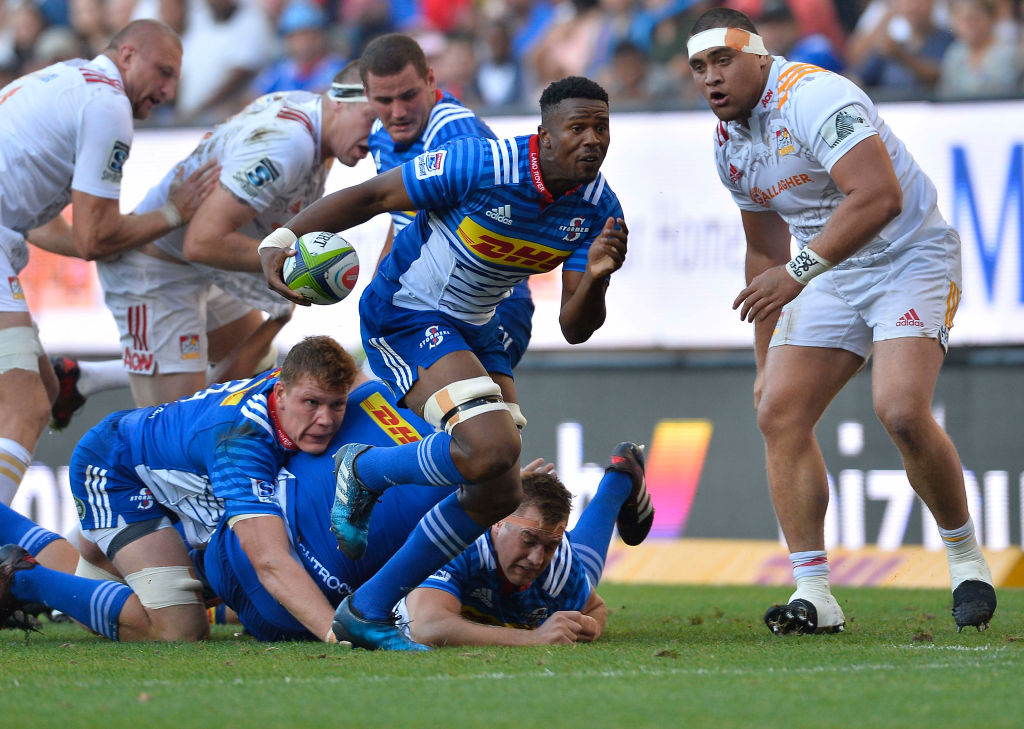 ·  The total test caps for the Springbok starting line-up is 466. There are 146 caps in the backline with 320 caps amongst the forwards. On the bench there are a further 101 caps.

·  The average caps per player in the backline are 21, the forwards 40 while the players on the bench average 13. The average age of the starting 15 is 26.