Major Changes Confirmed With Eight Matches to be Played in Queensland.

SANZAAR today confirmed major changes to The Rugby Championship (TRC) match schedule. This is in response to the ongoing impact of the pandemic and the subsequent tightening of regulations placed on travel and quarantine by various state and national governments due to the latest outbreaks of COVID-19 in Australia and New Zealand.

Despite these challenges, SANZAAR can today confirm that eight matches of the tournament will now be staged in Queensland after SANZAAR and the national unions were able to agree to suitable travel, accommodation and quarantine arrangements as regulated by the Queensland state government.

The outstanding second-round match, Australia versus New Zealand, that was due to be played in Perth on Saturday 28 August will be played in the city at Optus Stadium with confirmation of the match date to be announced in the next few days.

Unfortunately, this means there will be no matches played in New South Wales (Sydney and Newcastle), Australian Capital Territory (Canberra) or New Zealand (Auckland and Dunedin) as previously scheduled.

SANZAAR CEO Brendan Morris stated, "We thought last year was tough when we had to implement a Tri-nations tournament in Australia with South Africa absent due to the pandemic, but the current disruption caused by the 'delta variant' of COVID-19 has seen government authorities tighten up border bio-security measures substantially.

"This is totally understandable but after exploring several options, including moving the tournament to South Africa and even Europe, we now look forward with excitement to the remainder of The Rugby Championship in Queensland. Indeed, I am delighted on behalf of the SANZAAR stakeholders that we can now complete this world-class rugby tournament."

“We are very excited about this unique format and rugby experience as we look to deliver a month of “Double Headers” with the world's best players in Queensland, something never done in international rugby before.”

"On behalf of SANZAAR and the national unions, I would like to sincerely thank the Queensland Government for working with us and providing a travel, accommodation, training and playing environment that will allow us to safely complete the tournament. SANZAAR and the National Unions will now work closely with the states' health authorities to ensure all bio-security measures are adhered to."

“I personally want to thank Queensland Premier Annastacia Palaszczuk, Queensland Chief Health Officer Dr Jeannette Young, as well as John Lee of the Department of Tourism, Innovation and Sport, and their respective departments for their tireless efforts in supporting this tournament."

"SANZAAR would also like to recognise the tournaments' various commercial partners, our television broadcast rights holders and the fans for their patience and for their flexibility and understanding in this difficult time." 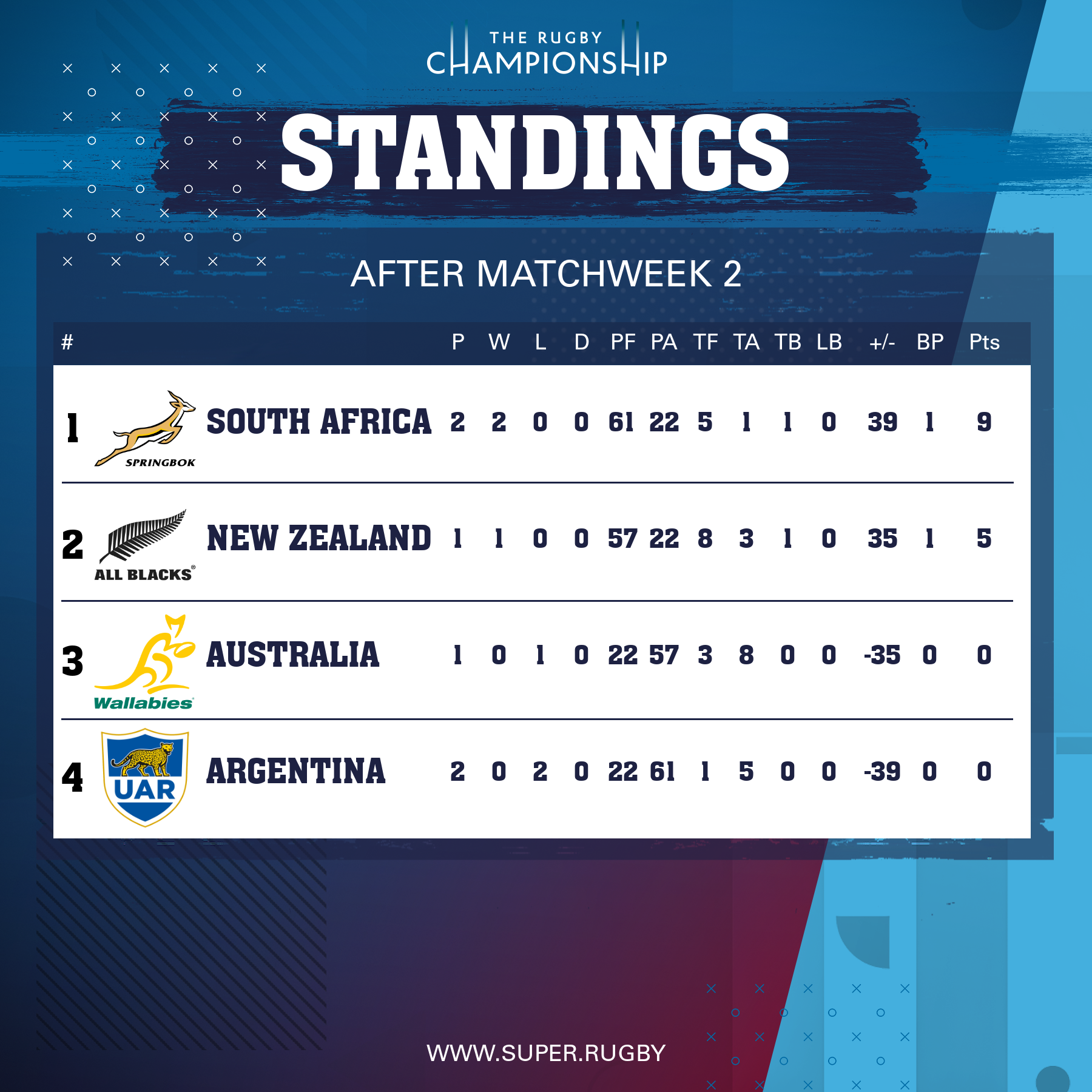 Queensland Sport Minister Stirling Hinchliffe said the Palaszczuk Government had worked quickly with SANZAAR to put in place strict quarantine requirements for the 2021 Rugby Championship matches to go ahead in Queensland.

“The four international Rugby doubleheaders to be played in Queensland will take place under non-negotiable Covid-safe conditions for the safety of players and spectators,” Mr. Hinchliffe said.

“Queensland’s Chief Health Officer has insisted on stringent bio-security measures for the eight matches to be played in front of spectators at Suncorp Stadium, Cbus on the Gold Coast and Townsville’s Queensland Country Bank Stadium."

“Although there’s plenty for Rugby fans in Queensland to be excited about, I want to make it clear the cost of relocating and quarantine for the remainder of the 2021 Rugby Championship is at the expense of SANZAAR."

“While the relocation of the 2021 championship is a bonus for Rugby-loving Queenslanders, we know this tournament will also be a bitter-sweet experience."

“Many Queensland fans continue to be concerned for the welfare of interstate family and friends in tough, ongoing lockdowns because of the pandemic’s Delta strain," added Mr Hinchliffe.