Meet the 2021 All Blacks TRC Squad

The All Blacks selectors have named their squad for the 2021 edition of The Rugby Championship.

One of the key features of the squad is the return of 69-Test halfback TJ Perenara to the national side. Having recently returned from Japan, Perenara is following a progressive return to rugby programme of club then Bunnings Warehouse NPC rugby. New All Black Finlay Christie will remain as temporary cover with the squad.

Props Ofa Tuungafasi and Joe Moody also return to the All Blacks. Prop George Bower will remain with the squad as injury cover for Moody, who is not expected to return to Test rugby until after the Bledisloe Cup Series. Hooker Samisoni Taukei’aho will also stay with the All Blacks squad as cover for Asafo Aumua who missed the last two Tests of the Steinlager Series. Aumua may also play the opening round of the Bunnings Warehouse NPC to build his match fitness.

Meanwhile, it’s also a welcome back to midfielder Braydon Ennor [pictured below], who missed the Steinlager Series to undergo appendicitis surgery. 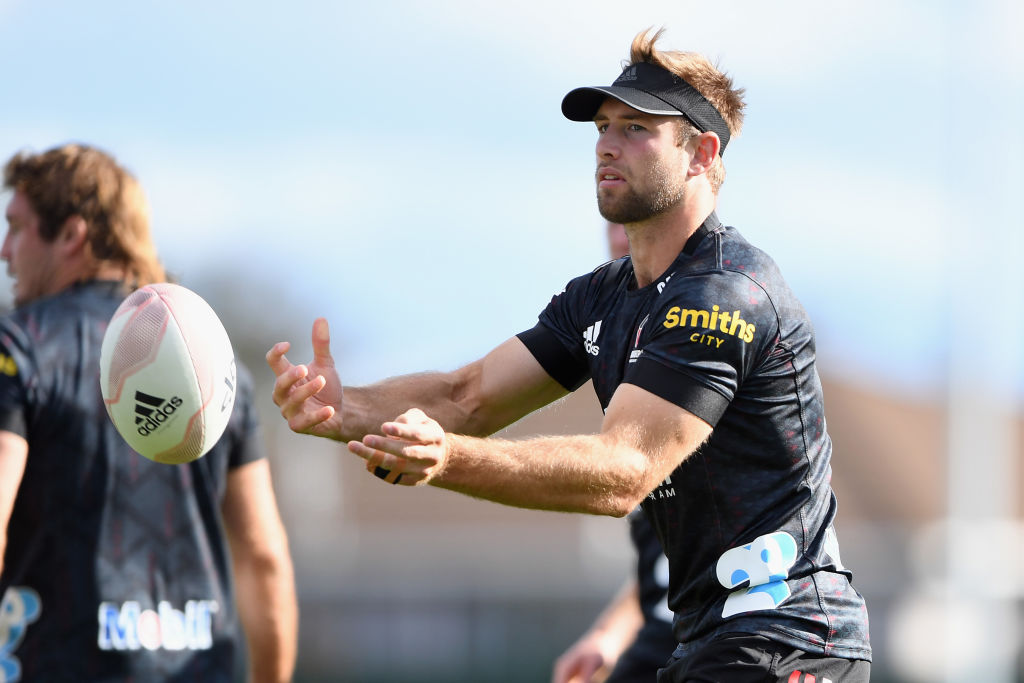 125-Test lock Samuel Whitelock will again captain the All Blacks, in the absence of Sam Cane who is still recovering from chest surgery.  As well as Cane, midfielder Jack Goodhue was also not considered for selection due to injury.

All Blacks Head Coach Ian Foster said: “It’s exciting to be naming the squad for the Rugby Championship and we can’t wait for the next phase of our Test season.

“The Steinlager Series gave us a great opportunity to grow some depth and experience. It also enabled us to re-establish some returning players, both from overseas or from injury. The Bledisloe Cup plus the Rugby Championship are pinnacle challenges for us and remain as our top priorities. There is real excitement in the group for these opportunities in front of us,” he added.

The All Blacks will have a two-day camp in Christchurch next week before assembling in Auckland for the pre-Rugby Championship Bledisloe Cup Test presented by Steinlager, at Eden Park on Saturday 7 August. The second Bledisloe Test is at Optus Stadium, Perth, on Saturday 21 August, with the third back home at Sky Stadium, Wellington, the following Saturday, 28 August.

“Our players are looking forward to spending some time at home before what is shaping up to be a hugely-competitive Rugby Championship. The Bledisloe Cup Series is a great way for us to kick off this part of the season,” Foster said.

“It’s our first challenge; we’re playing for a trophy that is massively important to us, and we’re both coming in fresh off our respective Series wins, so it bodes well for a great Series.”

Following the Bledisloe Cup Series, the All Blacks will then play four Tests in a row in September, with back-to-back Tests against Argentina, at Eden Park on Saturday 11 September and Sky Stadium, Wellington, on Saturday 18 September.

Foster said the team was again looking forward to playing the Pumas and relishing the return of the Springboks to the Rugby Championship.

“Having the South Africans back in the Championship is going to be exciting for everyone. We haven’t played them since Rugby World Cup 2019 so there’ll be a lot of anticipation about them, and the 100th Test match is going to be an extra special occasion.”