No Room For O'Connor in Latest Wallaby Squad

James O'Connor has paid the price for the Wallabies' loss against Argentina with Bernard Foley recalled after a three-year absence.

The Australians stumbled to a 47-17 loss to the Pumas in their last Rugby Championship outing, with playmaker O'Connor axed for the two home Tests against South Africa.

Coach Dave Rennie named a 35-strong player squad for Tests in Adelaide and Sydney, but skipper Michael Hooper remained absent following his withdrawal from the Argentina leg due to mental health reasons.

Rennie said veteran O'Connor was "devastated" to be axed from the team, which is building towards next year's Rugby World Cup in France.

"James got a crack in the last Test as we saw his experience as very important and wanted him to drive the ship," Rennie said on Thursday.

"We wanted him to implement our plan and we were pretty clunky to be honest, lacked cohesion so he's missed out on selection."

Foley last turned out for Australia at the 2019 Rugby World Cup under then coach Michael Cheika, but with a season-ending injury to Quade Cooper and Noah Lolesio and O'Connor failing to nail down the No.10 jumper, Rennie wanted another option.

The 32-year-old, who has played 71 Tests, has spent the past three years playing in Japan but has kept in contact with Rennie over the past 12 months.

Rennie said his lack of football since the end of the Japan season in May meant he may not be available for the first Test against the world champion Springboks at Adelaide Oval on August 27.

"We've got a lot of our game plan stuff to get a bit of study done and he's been doing additional training and he's been in Sydney with our staff having a decent look at him.

"We will make a call on Bernard once we've got him in camp on Sunday."

Rennie said Lolesio, who didn't play in Argentina, was a "strong chance" to face South Africa in Adelaide. 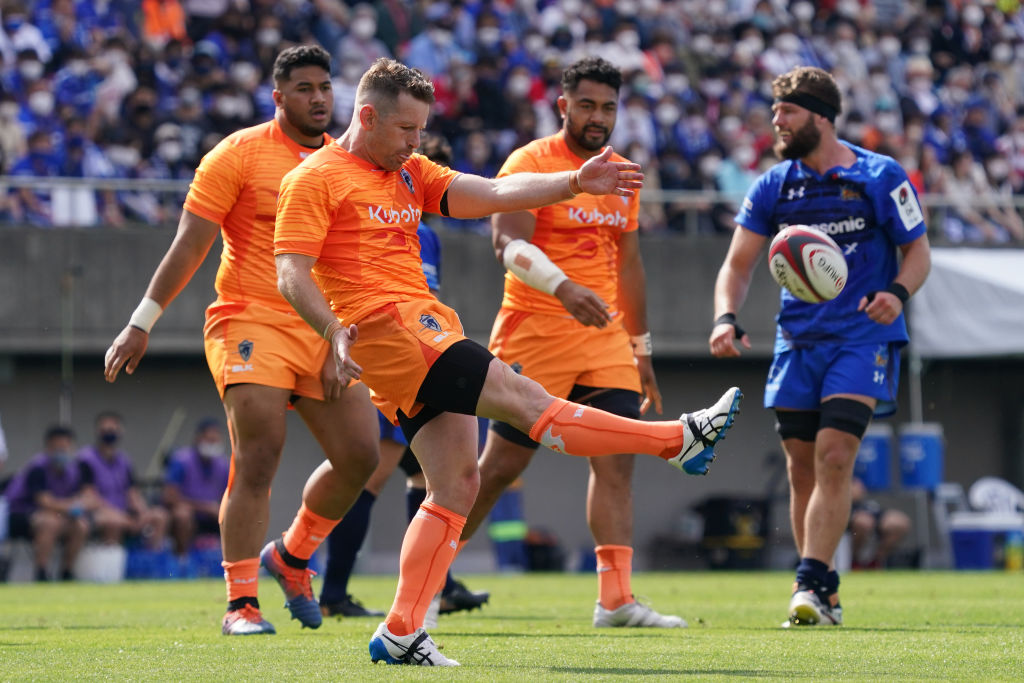 Bernard Foley has been playing in Japan Kubota Spears

The Wallabies have also been bolstered by the return from injury of winger Andrew Kellaway, props Angus Bell, Scott Sio and Allan Alaalatoa, hookers Dave Porecki and Folau Fainga'a as well as centre Hunter Paisami.

"After a tough two weeks in Argentina we're extremely pleased to be able to welcome a few men back into the mob," Rennie said.

"To have their experience on deck will be invaluable in what's going to be a massive challenge coming up against South Africa two weeks in a row."

Waratahs backrower Langi Gleeson, aged 21, has been named for his first national squad after impressing for Australia A.