The Wallabies have recalled their experience campaigners who were missing in loss to Italy.

Andrew Kellaway [pictured below] will start at fullback for the third time this season, with the Wallabies welcoming back a wealth of experience in the starting XV for Saturday’s Test against world number one Ireland in Dublin.

The changes come off the back of last weekend’s one-point loss to Italy, with Kellaway set to join Florence debutant Mark Nawaqanitawase and Tom Wright in the back three.

James Slipper returns to the captaincy in what will be his 126th Test, linking up with hooker David Porecki and last week’s skipper Allan Alaalatoa as the starting front row.

ACT Brumbies duo Cadeyrn Neville and Nick Frost will reignite their second-row partnership at Aviva Stadium, the latter overcoming a minor ankle injury picked up against France and illness to take his place in the side.

Nic White plays his 59th Test on Saturday night (local time) as the starting scrumhalf, partnering Bernard Foley who will the steer the team around the field at flyhalf in what’s set to be his last match in Wallaby gold for the year before returning to Japan.

A settled midfield pairing sees Hunter Paisami at inside centre with Len Ikitau outside him in the 13 jersey, both playing their first Tests in Ireland.

Western Force’s Folau Fainga’a is the replacement hooker, with the fellow Perth-based Tom Robertson and the damaging Taniela Tupou the finishing props.

France-based Will Skelton will create impact off the pine as the lock cover, while Pete Samu will play against Ireland for the first time since making his Wallabies debut against them back in the three-Test series in Australia in 2018.

Last week’s starting halves pairing Jake Gordon and Noah Lolesio will guide the side around the field in the latter stages of the match, while Jordan Petaia rounds out the matchday 23 after a strong performance in his return from injury in Italy.

Saturday’s Test will be the first time the side have played Ireland in Dublin since 2016.

Wallabies coach Dave Rennie said: “We were all bitterly disappointed after last weekend’s performance. We’re better than that and we need a response against Ireland on their home deck.”

“We’ve had a great week of preparation and welcome back a wealth of experience to the team this weekend.

“We’re excited by the challenge to play the number one side in the world and can’t wait for Saturday night.” 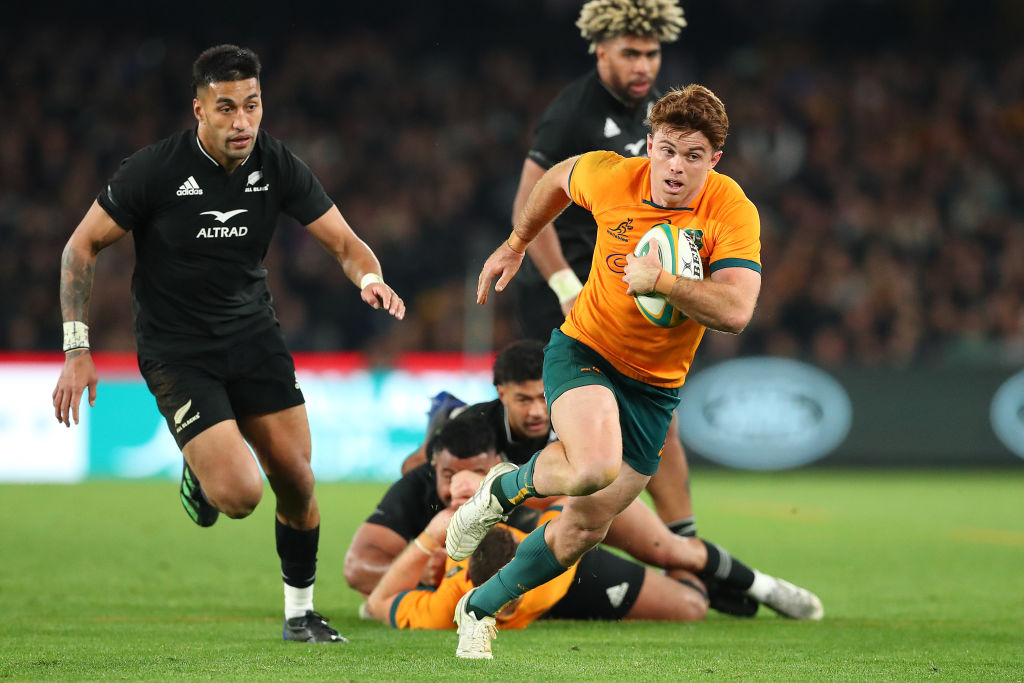