Rugby fans around the globe will be treated to a feast of top-class international rugby during the November window with all 19 nations qualified for Rugby World Cup 2019 in action, as preparations move up a gear on the road to Japan 2019.

The line-up for the ninth Rugby World Cup will be completed when the 20th and final place at Japan 2019 will go to the winners of the repechage tournament at Stade Delort in Marseille, France. The four-team round-robin tournament will see Canada, Germany, Hong Kong and Kenya battle it out over three match days on 11, 17 and 23 November to attain the ultimate prize of Rugby World Cup qualification.

Reflecting World Rugby’s commitment to ensuring that unions who have come through the qualification process for Rugby World Cup 2019 are in the best-possible form at Japan 2019, World Rugby is funding an exciting programme of international fixtures in line with union objectives.

The World Rugby funded programme includes a replica of the opening match of Rugby World Cup 2019 between Japan and Russia taking place at Kingsholm Stadium in Gloucester, England on 24 November.

Another duplication of a Rugby World Cup 2019 fixture sees Uruguay and Fiji come face-to-face, also in Gloucester, England on 17 November in what is a repeat of their Rugby World Cup 2015 encounter that saw Fiji run out 47-15 winners. The next time the two teams face each other will be on 25 September 2019 at the Kamaishi Recovery Memorial Stadium in Pool D of Rugby World Cup. 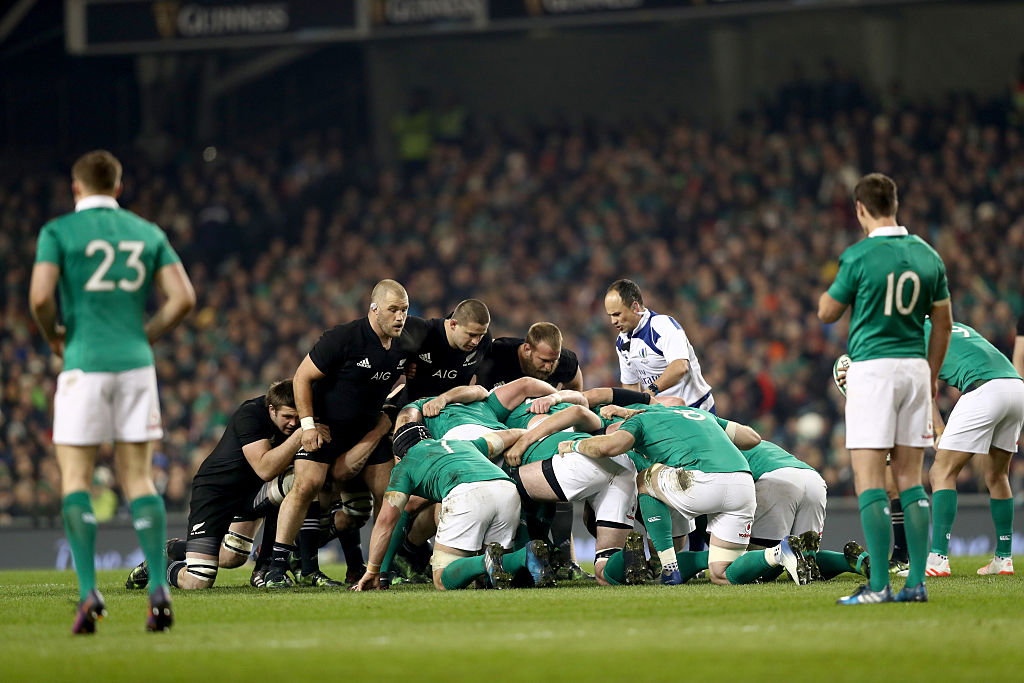 A mouth-watering schedule of international fixtures kicks off on 27 October as Rugby World Cup heavyweights New Zealand and Australia compete in the Bledisloe Cup at Yokohama Stadium in Japan, which will host the Rugby World Cup final just over a year later on 2 November 2019.

The action continues on 3 November when Rugby World Cup 2019 hosts Japan entertain reigning champions New Zealand at the same venue in Tokyo which will host the opening match of the Rugby World Cup just 323 days later.
Later in the month will see the highly anticipated clash of the top two nations in the current World Rugby rankings as second ranked Ireland take on world number one the All Blacks in Dublin on 17 November.

World Rugby Chair Bill Beaumont said: “With less than a year to go to Rugby World Cup 2019, we have reached the exciting moment where players, coaches and fans alike can start to countdown the days and feel the sense of anticipation build as rugby’s premier competition draws ever closer.

“The November window presents a fantastic line up of fixtures, including clashes of the titans at the top of the World Rugby rankings and, importantly, a great depth of matches in which emerging nations will have the opportunity to test themselves against the more established nations in front of large, vibrant crowds.

“We are confident that Japan 2019 will be the most competitive and compelling Rugby World Cup to date, thanks in large part to the level of high-intensity competition during November and specialist technical support that we are providing for the nations who have come through qualification.”