Experienced trio Rory Arnold, Kurtley Beale and Will Skelton will all make their return to the Wallabies against Scotland at Murrayfield.

Arnold will reignite his second row partnership alongside 2019 Rugby World Cup teammate Izack Rodda, while Beale and Skelton will make their returns to the Test arena via the pine, the latter last appearing for his country in 2016.

Queensland Reds playmaker James O’Connor will wear the number 10 jersey for the first time this year, partnering Nic White in the halves, the duo playing their first Tests in the United Kingdom since 2011 and 2014 respectively.

Up front, tighthead prop Allan Alaalatoa returns to the starting side alongside club teammates James Slipper and Folau Fainga’a in the front row.

Captain Michael Hooper will lead the side out once more in Edinburgh as part of an unchanged loose forward trio, with the mobile Rob Leota at blindside flanker and damaging Rob Valetiniat no.8.

The midfield remains unchanged from the one that defeated Japan a fortnight ago, with Hunter Paisami and Len Ikitau at inside and outside centre respectively.

Taniela  Tupou will return to Murrayfield for the first time since making his International debut back in 2017 as the reserve tighthead, with latest Wallabies debutant Connal McInerneyearning another opportunity alongside youngster Angus Bell as the replacement hooker and loosehead prop. 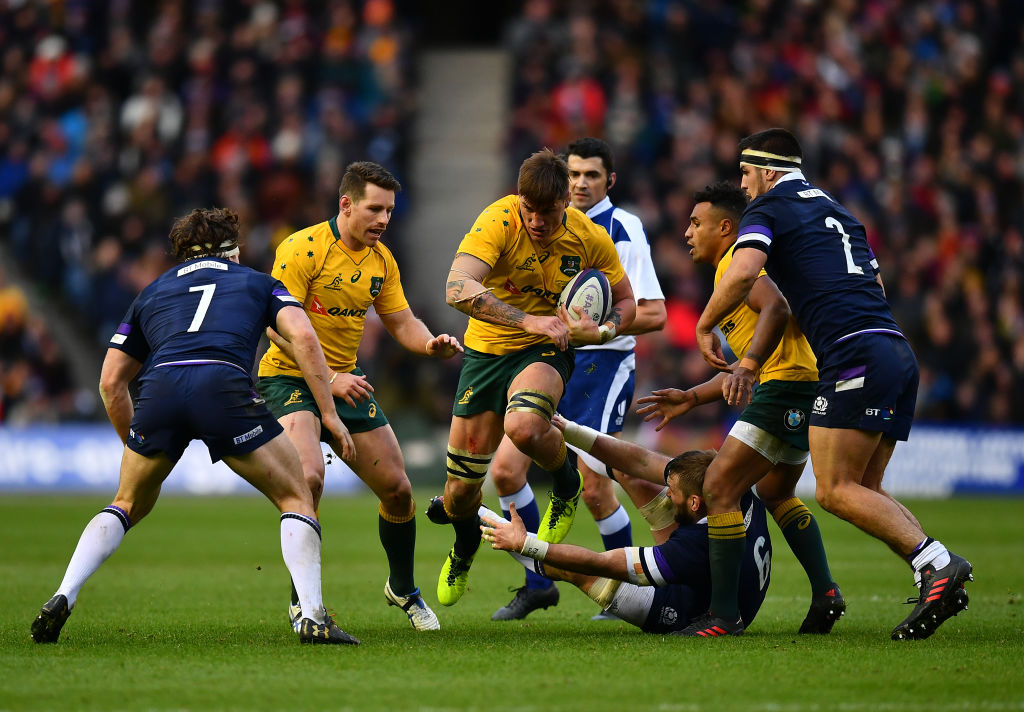 Last meeting was won by Scotland in Edinburgh 2017

Skelton is joined by the versatile Pete Samu as the remaining forward cover.

Livewire Tate McDermott will play his first Test in the Northern Hemisphere as the reserve scrumhalf with Beale set to provide cover for multiple positions across the backline.  Waratahs back Izaia Perese is in line to become Wallaby number 948, named as a potential debutant in the number 23 jersey.

Wallabies coach Dave Rennie said: “To be able to call on the experience and quality of players like Rory, Kurtley and Will is really valuable for our group.”

“Those three guys have merged with the group seamlessly, worked hard on their detail this week and are super excited to earn another opportunity to represent their country.

‘Izzy is someone who’s been on our radar for a little while now and has been impressive in training and deserves his chance.

“I’ve had the pleasure of working with a number of players in the Scotland set up and we’ve prepared knowing how tough of a challenge it’s going to be at Murrayfield on Sunday.”

The Wallabies Spring Tour Tests will be ad-free, live and on-demand with extended coverage on Stan Sport.