World Rugby has announced details of the qualification process for Rugby World Cup 2023 in France.

Following the most competitive and widely-acclaimed Rugby World Cup to date in Japan, the qualification process is designed to deliver the top teams in the world to rugby's showcase tournament, while promoting a genuine opportunity for all unions.

With 12 teams having secured their place at France 2023 courtesy of finishing in the top three of their respective pools at RWC 2019, the remaining eight places will be determined by a process of regional and cross-regional qualifiers. The process will conclude with a four-team round-robin Final Qualification Tournament in November 2022 to determine the final qualifier.

The dates for events in 2021 will be announced in due course and will be subject to an anticipated easing of the COVID-19 situation.

The announcement follows consultation with unions and regions in January 2020 and a full review of performance at Rugby World Cup 2019, where rankings upsets and the impressive performances in particular of Japan, Fiji, Uruguay, Tonga and Georgia cut the performance gap, with the average winning margin between established and emerging unions decreasing in comparison with 2015 benchmarks. 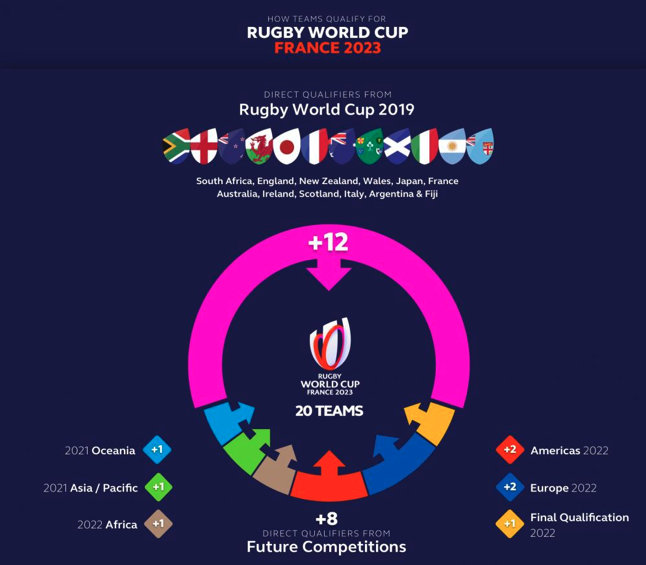 World Rugby Chairman Bill Beaumont said: "With the global pandemic having halted most rugby activity, confirmation of the global qualification process for Rugby World Cup 2023 provides a beacon of excitement for all, including players and fans.

"The process that has been developed via full consultation with our regional associations and member unions will provide a genuine opportunity for full member unions to qualify for our showcase men’s 15s event.

"Maximising existing regional competitions, the process is good for regions and unions in managing costs for organisers and participants alike, which is important as we all recover from the global pandemic.

"On behalf of World Rugby, I’d like to wish all teams involved the best of luck on their journey to France 2023."

"The success of Rugby World Cup 2019 in Japan and performances by the host nation is a testimony of rugby’s expansion globally. As the fight against the Covid-19 pandemic is about to be won, I welcome this optimistic prospect of reconnecting with the excitement of our sport. This is the start of our journey towards France 2023, which will be the best tournament ever delivered."

Final details of the regional competition formats and dates will be announced in due course. 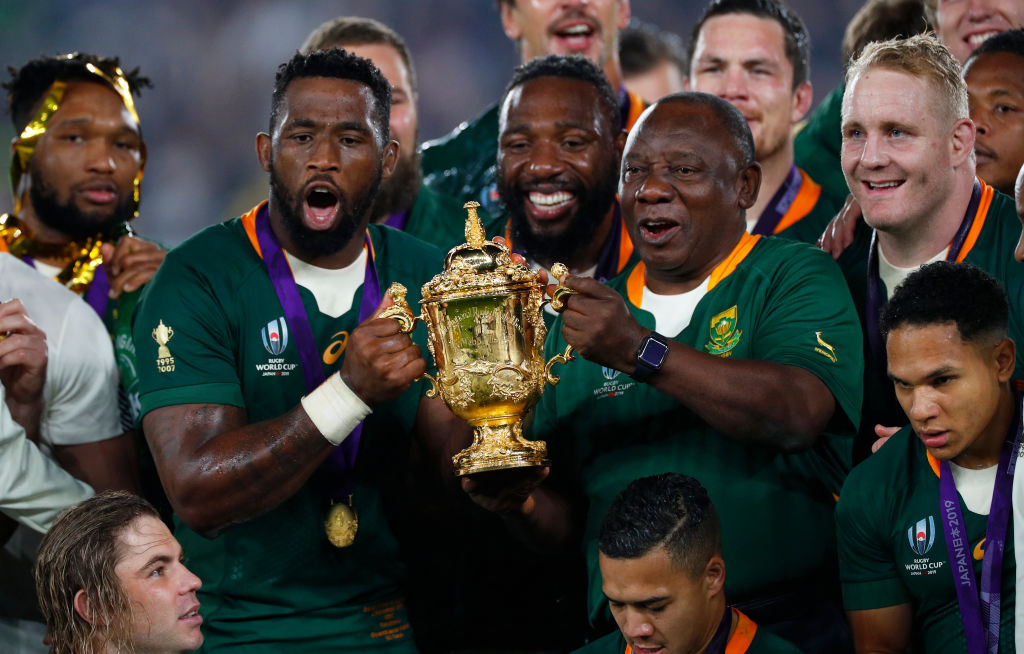 The Springboks were 2019 Rugby World Champions in Japan