One round to go but who are TRC's best gain-line warriors and hard-running ball carriers creating havoc in opposition defence structures?

The Rugby Championship 2019 has just one match day remaining, as the truncated competition prepares the four southern-hemisphere heavyweights for their tilts at the Rugby World Cup later in the year. The two rounds thus far have been hard-fought and it all comes down to the wire this weekend.

Momentum is key both within games and within the wider campaign as the four teams look to get a roll on ahead of the biggest tournament in the rugby world. On an individual level, none have been as effective in this regard as Argentinian Julian Montoya. The Pumas’ big man up front has crossed the gainline on two thirds (67%) of all his carries thus far in The Rugby Championship 2019, more than any other player in the competition to have made at least 10 carries after the opening two rounds.

It’s an all-Bledisloe affair among the next four carriers to have a gainline success rate above 50%. Wallabies duo Lukhan Salakaia-Loto (60%) and Isi Naisarani (55%) [pictured below] have impressed for this week’s hosts, while All Blacks’ pair Dane Coles (58%) and Sonny Bill Williams (55%) will be among the chief targets to shut down for Australia in this weekend’s opening Bledisloe Cup fixture. 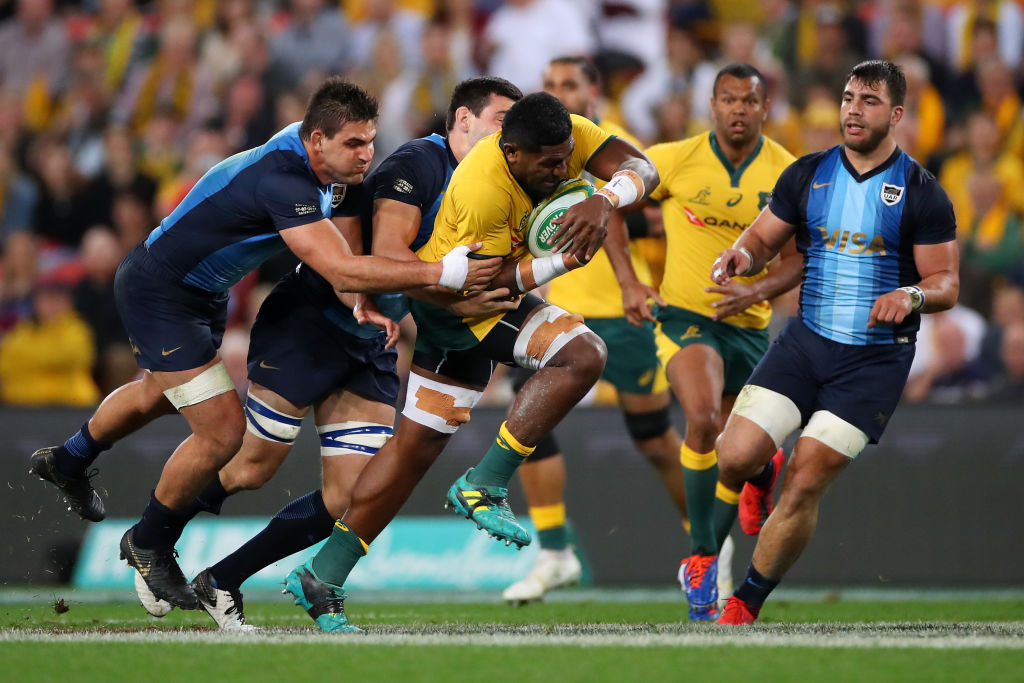 Indeed, we should have seen this strong vein of form from Isi Naisarani, who has impressed in his maiden Test campaign. Of the 82 players to make 100+ carries in Super Rugby 2019, only the Lions’ Marnus Schoeman (56%, 61/108) crossed the gainline on a higher percentage of his carries than the Rebels’ Isi Naisarani (54%, 91/170). It’s a figure he’s shown he can readily maintain at the highest level.

Back to the tournament at hand, and it’s this weekends Bledisloe foes Australia and New Zealand who have proven the most effective teams at bending the opposition defence. They are the only two teams in the competition to have crossed the gainline on more than a third of their total carries, with South Africa the only team of the four to have crossed the gainline on fewer than three in every 10 carries in The Rugby Championship 2019.