SANZAAR has today confirmed the abbreviated six-match schedule for this year's Rugby Championship including all match venues and kick-off times.

As it is a Rugby World Cup year (the tournament kicks-off in Tokyo on 20 September) The Rugby Championship is shortened to a three-round, six-match tournament from the traditional six-round, 12-match tournament with each team playing each other home or away this year.

The first match sees Argentina host New Zealand in Buenos Aires. In Round Three The Rugby Championship will return to Perth but a new venue as Optus Stadium will host the Wallabies versus All Blacks Test. The final match will see Argentina host South Africa in Salta.

An additional round of matches will be played on the weekend of 17 August to allow a further home match for New Zealand and South Africa, and as further preparation for Rugby World Cup. 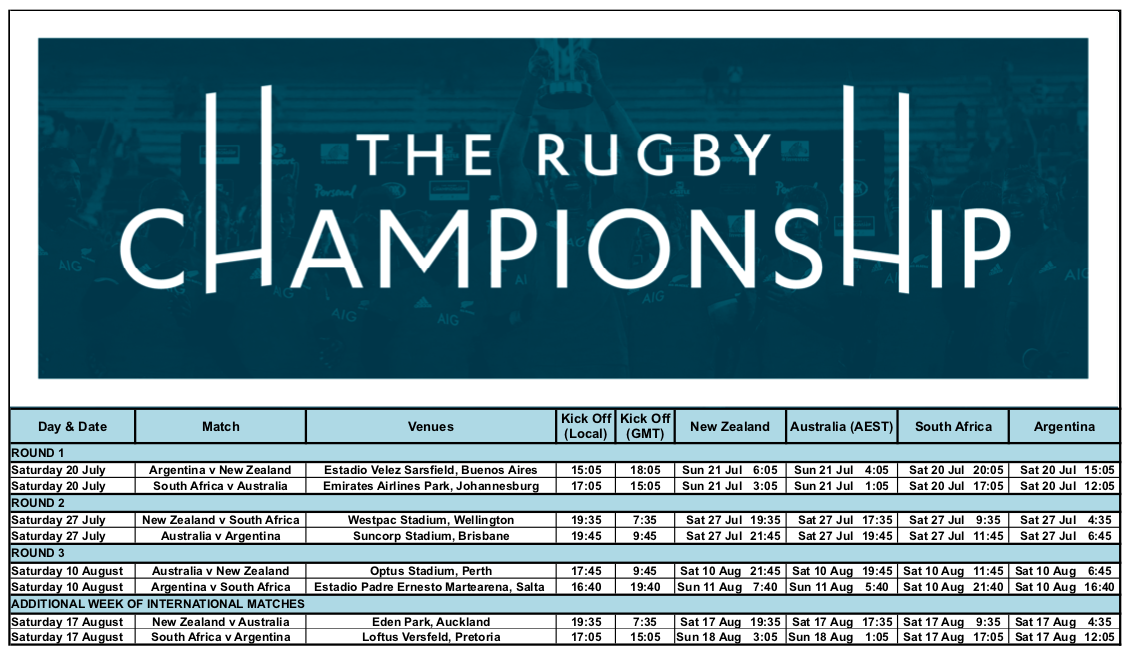