RWC 2023: All Blacks to play Springboks in London pre-Tournament.

The Springboks will line up against the New Zealand at Twickenham in England for only the second time ever when they clash in a Rugby World Cup warm-up fixture on Friday, 25 August 2023 – two weeks before the international extravaganza kicks off in France, where South Africa will attempt to defend their crown as world champions.

The match against the All Blacks follows another warm-up fixture for the Boks a week earlier against Wales at the Principality Stadium in Cardiff on Saturday, 19 August 2023, which will offer Jacques Nienaber’s team an ideal opportunity to put the final touches in place for the RWC against top-class opposition.

The All Blacks are currently ranked fourth on the world rankings, one spot behind the Boks, while Wales occupy seventh place, and with both teams expected to be among the top sides going into the spectacle, Nienaber and SA Rugby Director of Rugby Rassie Erasmus were thrilled about the confirmation of the fixture against New Zealand.

The Boks have faced NZ once before at Twickenham, in 2015 when the All Blacks won a tense Rugby World Cup semi-final by 20-18 before they went on to lift the Webb Ellis Cup a week later at the same venue.

“The Springboks and All Blacks share one of the greatest rivalries in rugby, and to face them at Twickenham will be an exciting experience for the players and our fans,” said Erasmus.

“The match will take place shortly before we kick off our World Cup campaign, and both this encounter and the Test against Wales will be vital for us to measure ourselves before the competition and to put the final building in blocks in place so that we can enter the showpiece in the desired form.”

Nienaber added: “We are excited to play this vital fixture against one of our main arch-rivals before the Rugby World Cup at the iconic Twickenham Stadium. There is a large contingent of passionate expats and Springbok supporters in London, and we have no doubt they will come out and support us in what we know will be a massive occasion for both teams before the World Cup.” 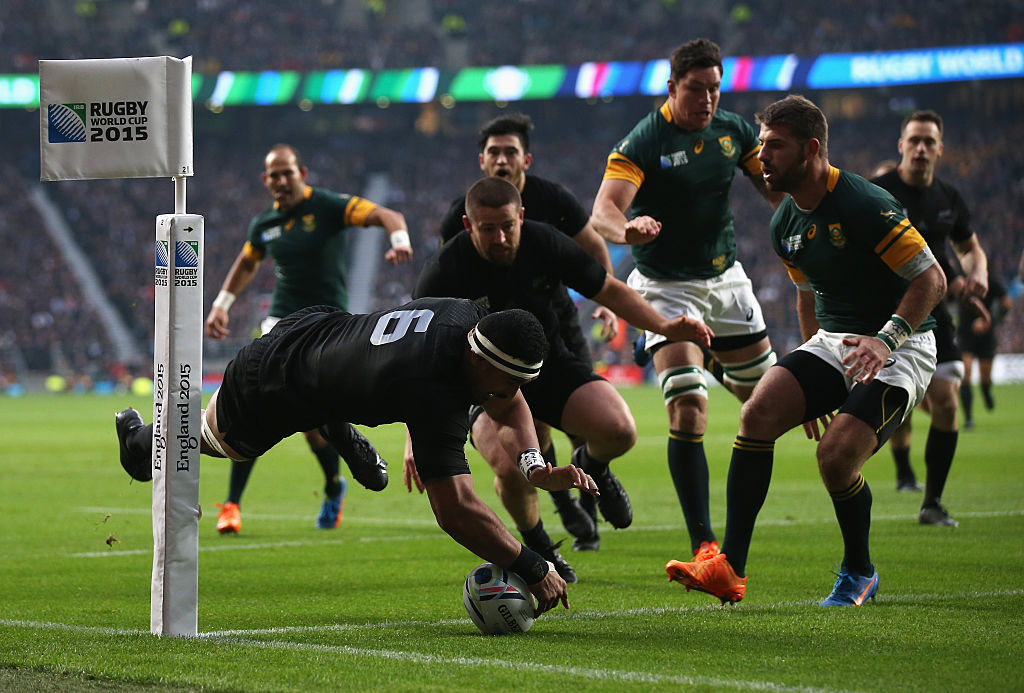 Adding significance to these matches, the Springboks edged Wales 19-16 in the semi-final of their triumphant 2019 RWC campaign in Japan to book their place in the final against England, a few weeks after South Africa went down 23-13 against the All Blacks in the pool stages. The team from down under eventually finished as bronze medalists.

Commenting on the clash, All Blacks head coach Ian Foster said: “This match will form an important part of our preparations for Rugby World Cup. Matches against the Springboks are always hard-fought and we are expecting nothing less than a titanic battle on this unique occasion.”

Bill Sweeney, RFU CEO commented: “We are looking forward to welcoming two powerhouses of global rugby. Both nations have sizable ex-pat communities in London and beyond, who will no doubt contribute to what is set to be an electric atmosphere at Twickenham Stadium.”

Tickets will go on sale from 10h00 (11h00 SA time) on Thursday, 27 October via Ticketmaster and the RFU. Secure your seats early and be part of this historic match from £55 for adults and £28 for Under-16s (Booking Fees apply). Visit www.eticketing.co.uk/rfu/events or https://www.ticketmaster.co.uk/event/35005D52BE1F72A6. Hospitality packages are available to purchase from £299 per person via www.twickenhamstadium.com