The expanded eight-week festival could not get off to a bigger start with hosts France and three-time champions New Zealand meeting in the opening match on 8 September, 2023, to kick-off the sport’s 200th birthday celebrations in style.

Rugby World Cup 2023 will be a truly nationwide tournament involving all of France. Each host city will host a minimum of four games and welcome at least one RWC 2019 quarter-finalist, reinforcing its commitment to unite the whole country through rugby fever.

In line with the mission to make the tournament the most accessible Rugby World Cup to date and attract new audiences in France, 80 per cent of the population will live within two hours from a match venue, while international fans will get to see the very best of the host nation.

With the draw delivering the prospect of thrilling matches, an extended pool phase will facilitate the very best experience for teams and fans alike with the big matches concentrated across Wednesday to Sunday, while for the first time Mondays and Tuesdays will be clear, enabling teams and fans to catch-their breath and reflect on the action.

One highlight of a spectacular opening weekend is a double-header in Marseille, a fan-favourite at the 2007 tournament. RWC 2019 runners-up England will launch their Pool D campaign against Argentina on the first Saturday, while reigning champions South Africa will start their title defence against Scotland the following day, offering fans two world-class fixtures in one location over an epic late September weekend in the south of France.

The streamlined nine, host city format will play see the world’s top 20 teams compete with the top two from each pool progressing to the quarter-finals. In typical style, the pool phase concludes with an epic weekend of matches with Six Nations rivals Scotland and Ireland going head-to-head in Saint-Denis and fan-favourites Japan facing Argentina in Nantes.

Marseille (Stade Vélodrome) and Saint-Denis (Stade de France) will host the quarter-finals on 14-15 October. The 80,000 capacity national symbol of Stade de France will also host the two semi-finals on Friday 20 and Saturday, 21 October, the bronze final on Friday, 27 October and will set the scene for the Rugby World Cup 2023 champions to be crowned on Saturday, 28 October.

Kick-off times for all 48 fixtures will be confirmed in due course. 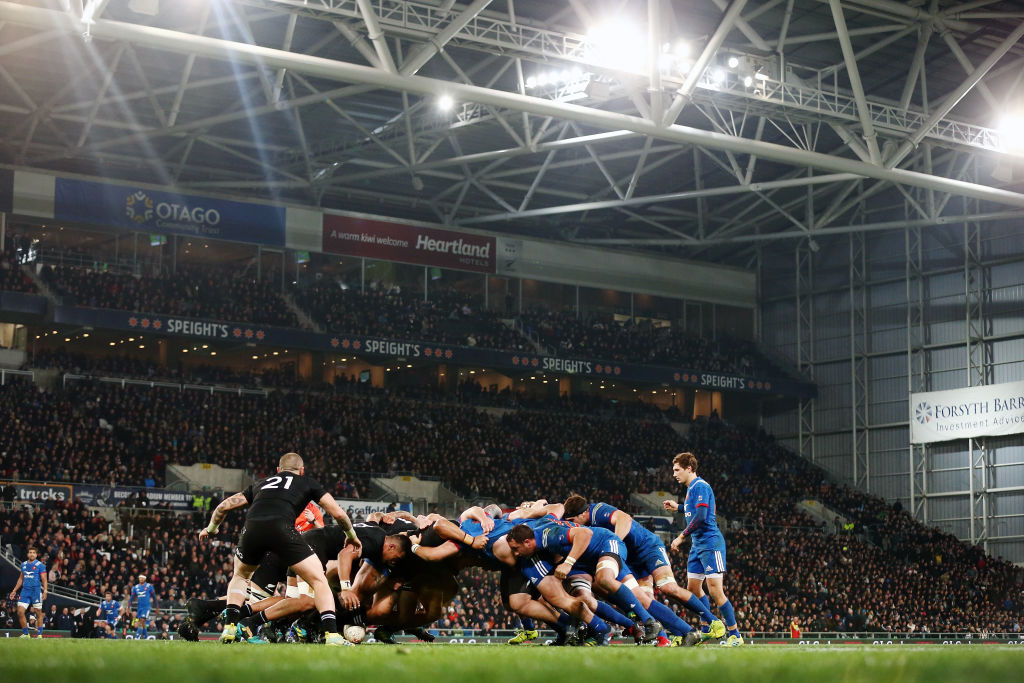 Last clash: 2018 Dunedin saw All Blacks victorious 49-14 but France have improved and at home in 2023 will be a formidable opponent.

The innovative match schedule developed by World Rugby and the France 2023 Organising Committee, in partnership with International Rugby Players, host cities and broadcasters, has team and fans experience at heart. For the first time in the tournament’s history, all teams will have a minimum of five rest days between all matches and an increased squad size of 33 players, optimising recovery and preparation and improving on-field performances. 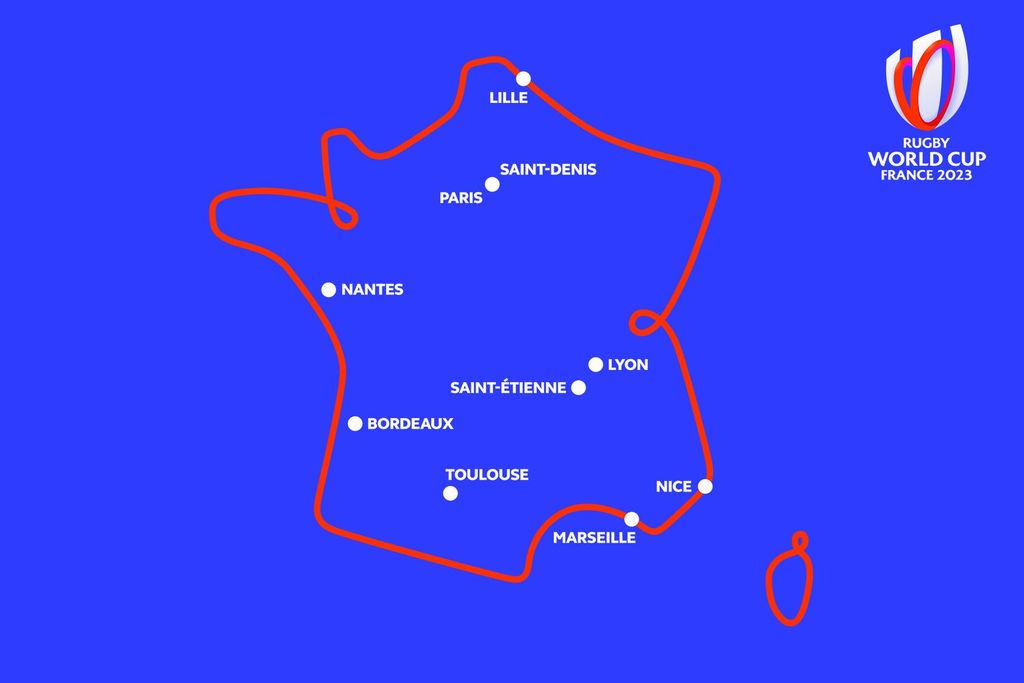 All matches will be organised between Wednesday and Sunday to maximise fan attendance and broadcast engagement and seven double-header weekends will translate into a festival atmosphere in the host cities. Building on a record economic impact of RWC 2019 in Japan, France 2023 will look to be the most impactful and sustainable Rugby World Cup ever, delivering a tangible impact for society and rugby.

World Rugby Chairman, Sir Bill Beaumont said: “The match schedule announcement is the moment when the tournament truly comes alive for fans all around the world and is an exciting milestone on the road to Rugby World Cup France 2023. It has been developed with teams and fans at heart and we are confident it will provide the best possible platform for a thrilling, historic and very special Rugby World Cup in the sport’s 200th year.  I would like to thank our friends at the France 2023 Organising Committee for their efforts in building the most fair and equitable RWC match schedule ever. I know I speak for fans around the world when I say that 2023 cannot come fast enough!”

World Rugby Vice-Chairman, Bernard Laporte added: “The match schedule announcement is a wonderful moment for all Rugby World Cup 2023’s stakeholders. It has everything: the world’s 20 best teams, 48 games and 51 days of celebration. Designed with players and fans at heart, this match schedule will delight all rugby lovers around the world. We have given each host city the opportunity to shine with thrilling fixtures happening all over France. We look forward to 2023!”

France 2023 CEO, Claude Atcher added: “The France 2023 Organising Committee is very proud of the match schedule presented today with World Rugby. An increase in financial investment for the purpose of better player welfare is unprecedented in the history of major sporting events. This new match schedule format will also provide a more equitable platform for all teams involved. We are also very pleased that each of our nine host cities and regions will host at least one quarter-finalist from RWC 2019, meaning the tournament, and all it has to offer, will be accessible to the widest-possible audience across the country. With this in mind, we believe this match schedule can deliver the most competitive and entertaining Rugby World Cup ever held.”

With momentum building, the Rugby World Cup 2023 ticketing programme will launch later next month as the first tickets for the showcase competition will go on sale.

Fans interested in tickets for the tournament are invited to join the 2023 Family to enjoy some exclusive advantages for Rugby World Cup France 2023, including pre-sale access.