Rugby Australia has today announced significant changes to the Qantas Wallabies program with Scott Johnson appointed to the new position of Director of Rugby.

Rugby Australia has today announced changes to the Qantas Wallabies program and confirmed that Rugby Australia and the four Australian Super Rugby organisations have reached an agreed set of principles that will underpin the development of a fully aligned National High Performance model.

Scott Johnson has been appointed to the new position of Director of Rugby and will oversee the Qantas Wallabies program and lead the delivery of the new National High Performance Plan. Johnson was previously Director of Rugby at Scotland Rugby after serving as interim Head Coach of the Scotland national team from 2012-2014.

A centre who came through the Parramatta Two Blues club in Sydney to captain the Australian Under 21s and NSW Waratahs, Johnson will take up the role in early 2019. The 56-year-old previously served on John Connolly’s coaching staff with the Qantas Wallabies in 2006-2007.

“I am excited to be returning to Rugby Australia in the Director of Rugby role and I am looking forward to supporting Michael and the Wallabies in their build up to the World Cup,” said Johnson.

“I am also looking forward to working with the Super Rugby teams to build an aligned model that will enable sustained success for Super Rugby teams, the Wallabies and ensure we maximise the opportunities for Australian Rugby,” he said.

Qantas Wallabies Head Coach Michael Cheika said: “It’s a great move for Australian Rugby and I know it will prove to be the best long-term structure for the game in this country.

“I’m looking forward to working with Scott and finishing the work that I started by making Australians proud of our performance.”

Rugby Australia Chief Executive, Raelene Castle said: “This is a significant strategic evolution of Rugby Australia’s High Performance environment, which will provide the Wallabies with the best opportunity for success at the Rugby World Cup and will lay the foundations for long-term success for all of our national teams, Vodafone Super Rugby teams and pathway programs.

“Scott Johnson has built a strong reputation in the international Rugby landscape over more than a decade, and since taking over as Director of Rugby in Scotland the national team has climbed to its highest ever world ranking of fifth.

“Scott has previous experience within the Wallabies coaching environment and in this new role will assume responsibility for the management of the Wallabies’ off-field program to allow Michael Cheika to focus on what he does best, which is coaching the team.

“We are confident Michael is the right man to lead the Wallabies to the World Cup and the appointment of Scott Johnson will support Michael and his coaching team as they prepare for the tournament in Japan next September.

“In his review, Michael identified potential changes to the current structure and he and Scott will work their way through these recommendations,” Castle said. 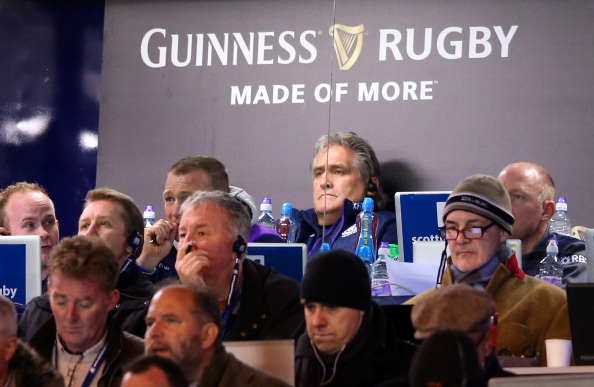 The changes to the Qantas Wallabies program comes as Rugby Australia and the four Australian Super Rugby organisations agreed to principles on an aligned National High Performance model. The model is supported by a new National Talent Management structure, which was announced by Rugby Australia in September.

“This aligned plan with a focus from grassroots to international level, will give us the best platform to build sustainable success for our men’s and women’s Vodafone Super Rugby and Buildcorp Super W teams and provide a clear pathway into the Qantas Wallabies, Buildcorp Wallaroos and Qantas Australian Sevens teams,” said Castle.

“We have worked closely with the Super Rugby teams and I want to thank them for their support of a unified approach to ensuring we will have the right structure in place to achieve long-term success. We have assessed the High Performance areas where we need improvement and measured ourselves against systems across our international competitors. Whilst we have incorporated some elements from other national systems, we have made sure that the framework for the National High Performance Plan is an Australian version that takes into account our differences and strengths.

“The National High Performance Plan will also be bolstered by the establishment of a fighting fund to support the recruitment and retention of identified youth talent. We want to find, develop and keep the best athletic talent in the land,” she said.

"It was clear when I started the role 12 months ago that we needed to make changes to how the game is run. Today's announcement is the result of a great deal of hard work by a lot of people at all levels of our game over an extended period. The commitment and passion for our game from those people has been unwavering and has focused on the singular goal of seeing our code and our Qantas Wallabies enjoying the success they deserve.

“It has been a tough year for all who love Rugby, and this is an important step in building a strong, successful and sustainable future for Australian Rugby and getting the Wallabies back to where they belong."