A disjointed Wallaby team beat Japan in Oita but errors and another intercept try almost cost them dearly.

The Wallabies have beaten Japan 32-23 in Oita to kick-off their 2021 Spring Tour in style, and notch up Australia's longest win streak in six years after their fifth straight victory.

It was a breathless start to open the game with the steamy conditions in Oita not stopping either side from shifting the ball wide.

Quade Cooper enjoyed an electric opening and was continually keeping the defence guessing before setting up Tom Wright in vintage fashion for the opener besides the sticks.

The Wallabies were forced into an early change with Reece Hodge clutching a shoulder after just 13 minutes, as Jordan Petaia was introduced to the right wing and Andrew Kellaway moved to fullback.

Japan worked their way into the game and kicked a penalty to reduce the margin before Australia hit back thanks to Petaia on the right edge.

The Wallabies had set up a strong maul and shifted the ball to the wing for Petaia to run in and dot down to extend Australia’s lead after just 23 minutes.

It wasn’t all the Wallabies way though as the Brave Blossoms refused to go away and set up a brilliant try for Lomano Lemeki, after a perfect cross-field kick by flyhalf Yukuta Nagare.

A Cooper penalty on the stroke of half-time pushed the margin out to four points at the break before the Wallabies stormed out the gates in the second period.

A barnstorming Taniela Tupou scored a memorable try after a sharp set piece move, with Folau Fainga’a receiving the ball back and then shifted it inside to Tupou, who ran over the would-be defenders to touch down.

A yellow card to Lemeki opened the game up and a Harlem Globetrotter-esque try followed shortly after as Rob Leota scored his first Test five-pointer. Andrew Kellaway scooped up a half-volley before a Nic White chip-and-chase provided quick ball for the Wallabies to score down the left edge.

A Japan try gave the hosts a sniff with 20 minutes left to play after Ryoto Nakamura grabbed a loose Quade Cooper pass to score under the posts and reduce the margin back to four points.

It was an arm wrestle for the last 15 minutes before debutant Connal McInerney scored with just 90 seconds remaining to secure the victory for Australia.

The Wallabies will now travel to the United Kingdom for three Test matches on consecutive weekends against Scotland, England and Wales to close out the year. 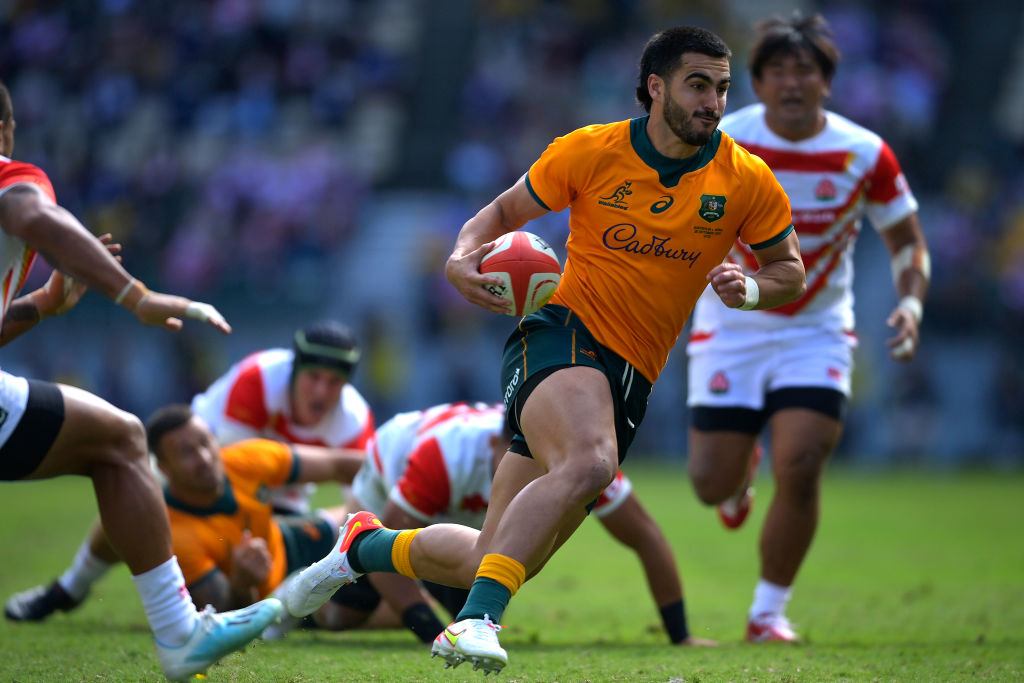