Skills at the Scrum

Know your scrums? Like the dark arts? We look at the performance of the teams in the scrum so far in TRC...

Round 2 of The Rugby Championship cooked up some intriguing food for thought at scrum time, Australia impressed at the set-piece in their 16-10 win over Argentina while South Africa managed to push New Zealand off the ball on more than one occasion in their thrilling 16-all draw.

With the final round of matches on the horizon in this condensed edition of the competition, pulling back the curtain shows some intriguing figures for all four teams on their scrummaging.

The Wallabies (14/14) and All Blacks (7/7) have both made it through the first two rounds of the 2019 campaign undefeated when scrummaging on their own feed, however a deeper look at their opposition on the other side of the scrum shows missed opportunities to turn the ball over and spring a counter attack.  In Round 1 against Argentina, New Zealand won all three of their own scrums but had 10 opportunities to win a scrum off the Pumas and could only manage to do so once. In the other Round 1 fixture, Australia won all three scrums when they had the feed against South Africa yet couldn’t do so on any of the 11 times the Springboks put the ball in. Indeed, the Springboks could also be sitting on a 100% success rate if not for one blemish against the All Blacks in Round 2 in Wellington.

Since Argentina entered the fray in 2012 to join the Tri-Nations trio and form The Rugby Championship, the team record for most scrums won (own feed) in a single match is 15, by the Pumas against the All Blacks in October 2016. It wasn’t enough on the day as New Zealand still came away from the road trip victorious 36-17, winning all nine scrums on their own feed themselves.

It is Argentina who are in front (5 tries, all in 2018) when it comes to scoring off a scrum over the last two Rugby Championship seasons, with the other three teams all sitting on four tries each across this span. South Africa have scored as many tries (2) from this method in The Rugby Championship 2019 as they did across a longer Rugby Championship campaign in 2018. Interestingly New Zealand are yet to exploit their strong scrum in attack in 2019, failing to score a try from this platform so far.

Round 3 will offer another opportunity for all four teams to improve their stock and test their skills in a 2019 year that has a lot still to play for, with plenty of props still looking to confirm a Rugby World Cup spot. It will be most interesting to see if Australia and New Zealand can preserve their respective 100% scrum success rates when they go head-to head while Argentina (16) and South Africa (18) will meet having won the most scrums in The Rugby Championship 2019. 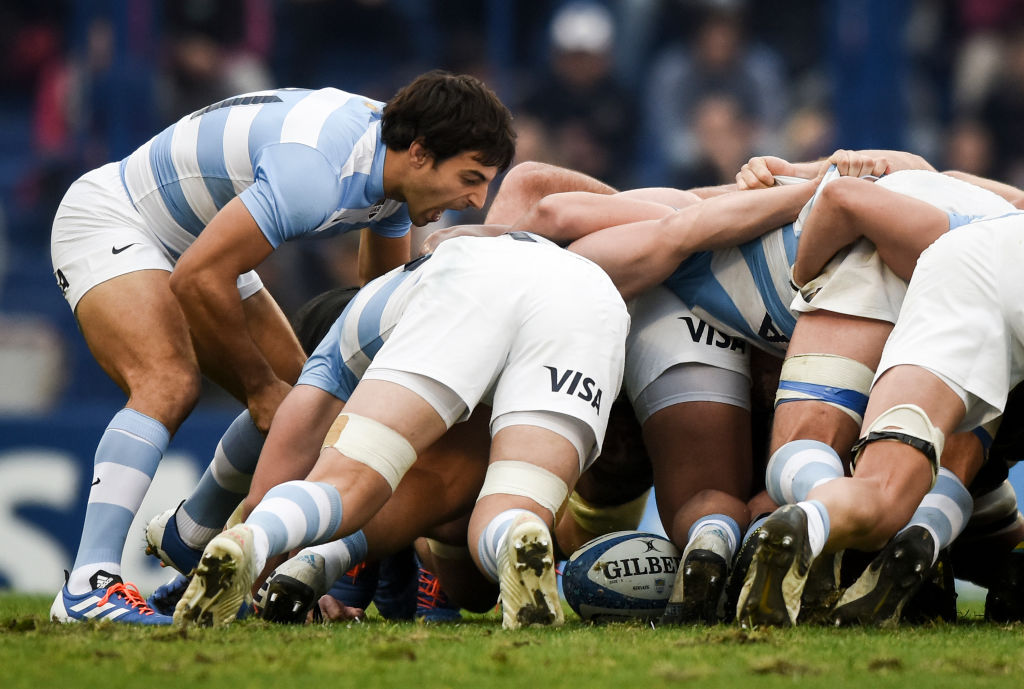