Experienced lock Eben Etzebeth has been named as Springbok captain for the first Castle Lager Rugby Championship match against Australia in Johannesburg, while Rynhardt Elstadt (loose forward) and Herschel Jantjies (scrumhalf) will both make their Test debuts on the Highveld.

Etzebeth takes over the captaincy from regular skipper Siya Kolisi, who is recovering from a knee injury, while Aphiwe Dyantyi was also not considered for selection because of a hamstring injury. It will be Etzebeth’s 12th Test as Bok captain.

Elstadt (Toulouse, France) and Jantjies (DHL Stormers) are the only two uncapped players in the starting team, while Lizo Gqoboka (prop, Vodacom Bulls) is also set to earn his debut off the bench.

Elstadt is picked at No 6 flank in a loose trio that also includes the experienced duo of Pieter-Steph du Toit (No 7, 46 caps) and No 8 Francois Louw (65 caps). Jantjies, will play alongside the 33-cap Elton Jantjies (flyhalf) in a new-look halfback combination.

The Springbok pack for Saturday’s match on the Highveld is hugely experienced, sharing 394 caps, and is expected to the lead the charge against the wily Wallaby forward unit. Etzebeth has 75 caps to his name, his lock partner Lood de Jager is set to make his 39th appearance while Tendai Mtawarira has already played in 107 Tests.

Rassie Erasmus, the SA Rugby Director of Rugby, said he and the Springbok team are excited for the start of the international season.

“The squad have trained together for more than three weeks and this match is important for us to start a very important rugby year. We want to win the Castle Lager Rugby Championship and we have a specific plan, which starts Saturday with the first Test against the Wallabies."

“We have planned to mix things up in the first two Tests of the season, in order to give game time to as many of the players in our wider squad, and we believe this is the right combination to face a very good and competitive Australian side,” said Erasmus

Meanwhile Wallabies coach Michael Cheika has confirmed his side Isi Naisarani [pictured below] named for his debut. The Melbourne Rebels backrower is set to become Wallaby 926 when he runs out at Emirates Airlines Park in the number 8 jersey.

It could also be a first Test cap for Waratahs young gun Harry Johnson-Holmes, who only joined the squad in Johannesburg on Wednesday evening local time. The prop was a late call-up following injuries to Scott Sio and Tom Robertson at training. 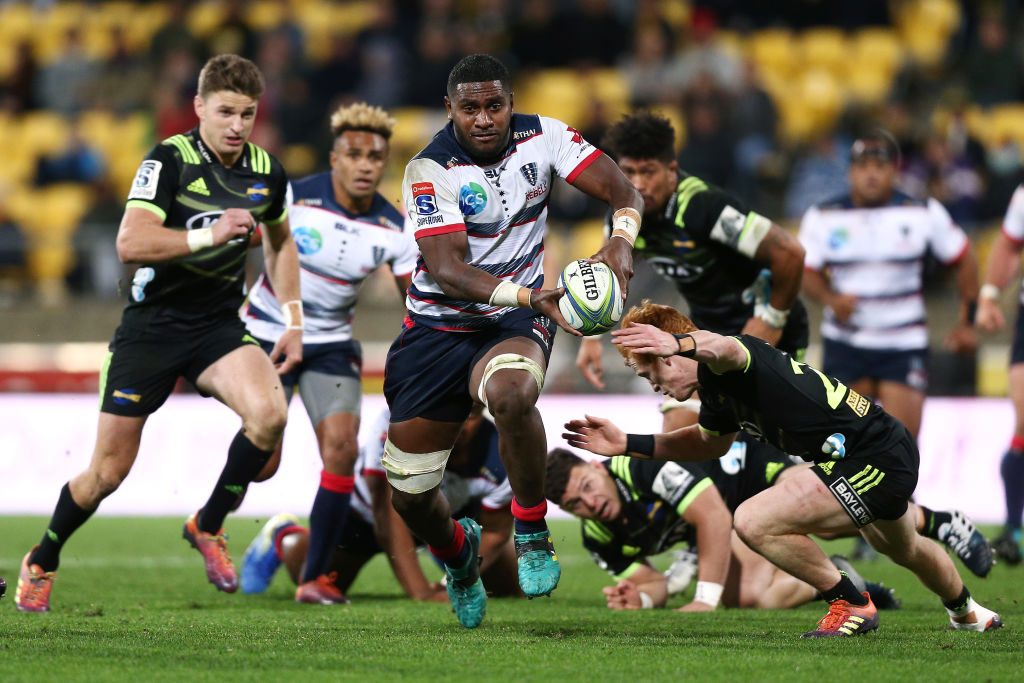 The clash will mark a return to the Test arena for fellow prop James Slipper - 959 days after his last International against England at Twickenham on the 2016 Spring Tour. It’s been an even longer wait between Test caps for Nic White with Saturday’s Test to be almost four years since he last played in a Wallabies jersey. White’s last start came against New Zealand at Eden Park in August 2015.

Tevita Kuridrani will partner Samu Kerevi in the centres, resuming their combination for the first time since November 2017, when they faced Scotland in Edinburgh.

Coach Michael Cheika said: “This is an opportunity for our team. We really want to begin building momentum to take us towards our goals in 2019."

“The players are impatient to play at Ellis Park where our Wallabies haven’t had an opportunity to play for quite a while."

“We know we go into the game as heavy underdogs but most of the players have had a touch over three great weeks of training to prepare, so really they just can’t wait to get out and get into the battle.”

Australia are the current holders of the Mandela Challenge Plate after having retained the trophy in 2018 with both sides enjoying one win each on home soil.