Fly-half Elton Jantjies has been handed a start as South Africa name a strong team to face Wales in Saturday's first Test.

The world champions are without influential outside-half Handre Pollard for the opening Test at Loftus Versfeld after the Leicester-bound 10 joined up late with the Springboks after winning the Top14 with Montpellier last week. Damian Willemse starts at fullback amid a backline packed to the brim with world-class talent.

Wingers Makazole Mapimpi and Cheslin Kolbe, centres Lukhanyo Am and Damian de Allende, and scrumhalf Faf de Klerk were all starters for the World Cup win in 2019 and the Lions series victory last year. In the front row, Frans Malherbe and Ox Nché will pack down on either side of Bongi Mbonambi, with Eben Etzebeth and Lood de Jager starting in the second-row.

After injuries to Pieter-Steph du Toit and Duane Vermeulen, Springbok captain Siya Kolisi lines up in the back-row alongside Franco Mostert and Jasper Wiese. On the bench, Springbok coach Jacques Nienaber opts for the familiar 6-2 split - with Salmaan Moerat and Elrigh Louw in line for debuts as replacements. 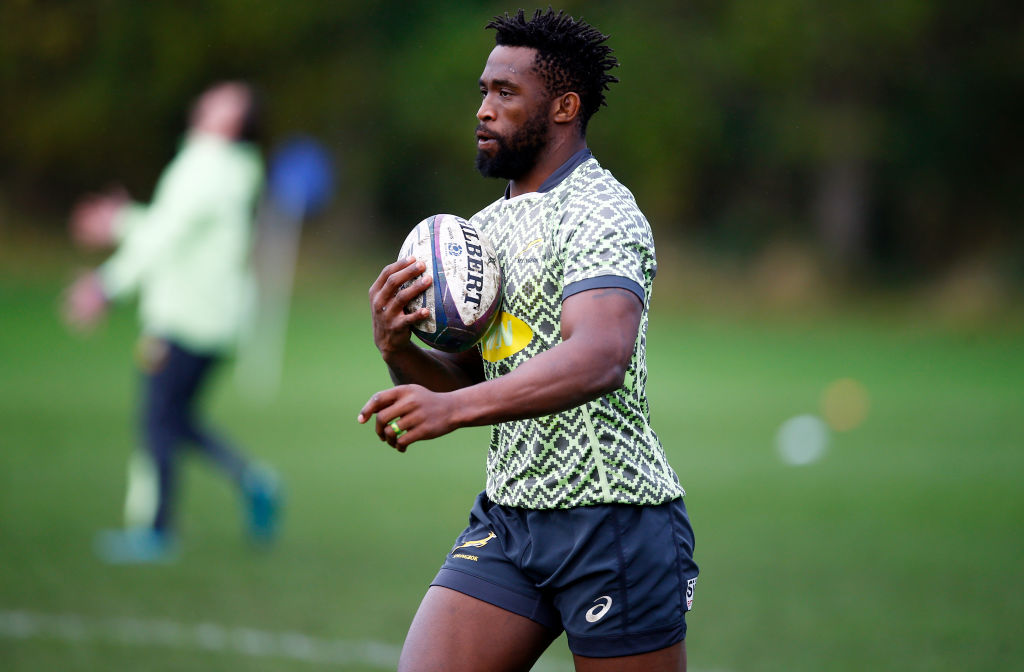 Siya Kolisi will captain the Springboks against Wales

“We have the added advantage of having several players that are quite versatile, so a guy like Damian Willemse for example can cover fly-half and centre in addition to fullback, while Kwagga covers each of the loose forward positions and can even slot in at wing with his Blitzbok experience," said Nienaber after naming his team.

“Franco also gives us options at loose forward and lock, so we look forward to seeing what this team can produce on Saturday. We have a fantastic crop of young players who have really been working hard at training and putting up their hands, and it is pleasing for us as coaches to give Salmaan and Elrigh this opportunity.

“Salmaan was with us on our tour to the UK last season, and despite being so young he brings a different sense of experience as a former Junior Springbok and SA Schools captain, while Elrigh also featured in a World Rugby U20 Championship and has been playing senior provincial rugby for a while."

Despite Wales' recent form, with a dismal Six Nations compounded by a first home defeat to Italy, Nienaber expects the tourists to give everything in Pretoria.

“Wales have been training together for a few weeks now and we have no doubt that they will give everything against us on Saturday.

“They are an experienced squad, and they have top class players in their ranks – some of which represented the British & Irish Lions last year – so we are expecting a hard grind of a Test.

“They have physical forwards and backs that spark something from nothing, so we need to deliver a quality performance in order to get our season off to a strong start.”