Springbok coach Rassie Erasmus has made just one change to his starting lineup for the Rugby World Cup Final in Tokyo.

He regains the right wing berth from stand-in Sbu Nkosi in the only change to the team that eased their way to a 19-16 victory over Wales in Sunday’s semi-final.

Siya Kolisi will lead the team out for the 20th time as he becomes the eighth player in the 23 to have won 50 caps.

Rassie Erasmus, director of rugby, named the now familiar six-two split on the bench to field a settled line-up, 22 of whom will be appearing together for the fourth time in the tournament.

This line-up first played together in the play-off-clinching, 49-3, win over Italy a month ago and was retained for the quarter-final, semi-final and now final. Only Kolbe’s ankle injury interrupted the pattern.

“Chessie is fully fit and ready to go,” said Erasmus.

“It’s tough on Sbu to drop out of the 23 altogether but, like the other seven, non-playing squad members – and the two injured players back home [Trevor Nyakane and Jesse Kriel] – he has made vital contributions to our campaign.

“But we have been developing some momentum through the tournament, which has come from consistency, and although we know there are things we can do better this is a fit, well-practiced set of combinations who know what they have to do on Saturday.” 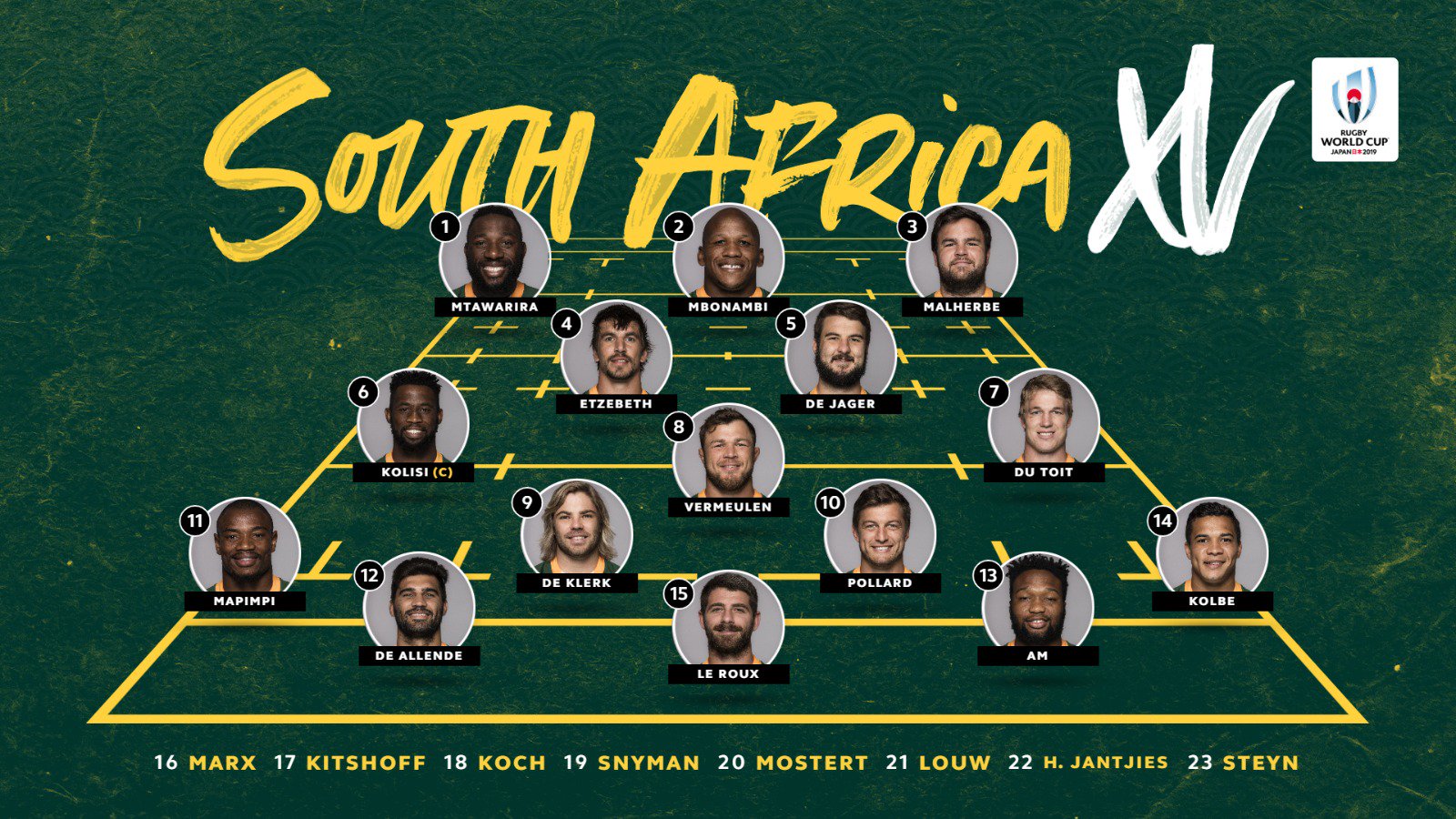 That momentum has seen the Springboks lose only once in 11 tests in 2019, during which they claimed the Castle Lager Rugby Championship and climb back into the top two of the World Rugby rankings for the first time since August 2015.

“Getting to this stage is not enough for this team,” said Erasmus.

“We now have what may be a once-in-a-lifetime chance to become World Champions – something that would mean so much to our country and our people.

“We know the excitement that there is back home and that the country may well be coming to a standstill on Saturday lunchtime in South Africa. There’s a huge weight of expectation.

“We may not be favourites but these players will leave nothing in the tank. We know how the wins in 1995 and 2007 lifted the country – even if it was momentarily. We want to give South Africa that experience once again.”

Kolisi has the opportunity to follow in footsteps of Francois Pienaar and John Smit by becoming the third Springbok captain to lift the Webb Ellis Cup.

It would be achieved on the occasion of his 50th cap: Pienaar did it on his 21st appearance and Smit on his 74th. 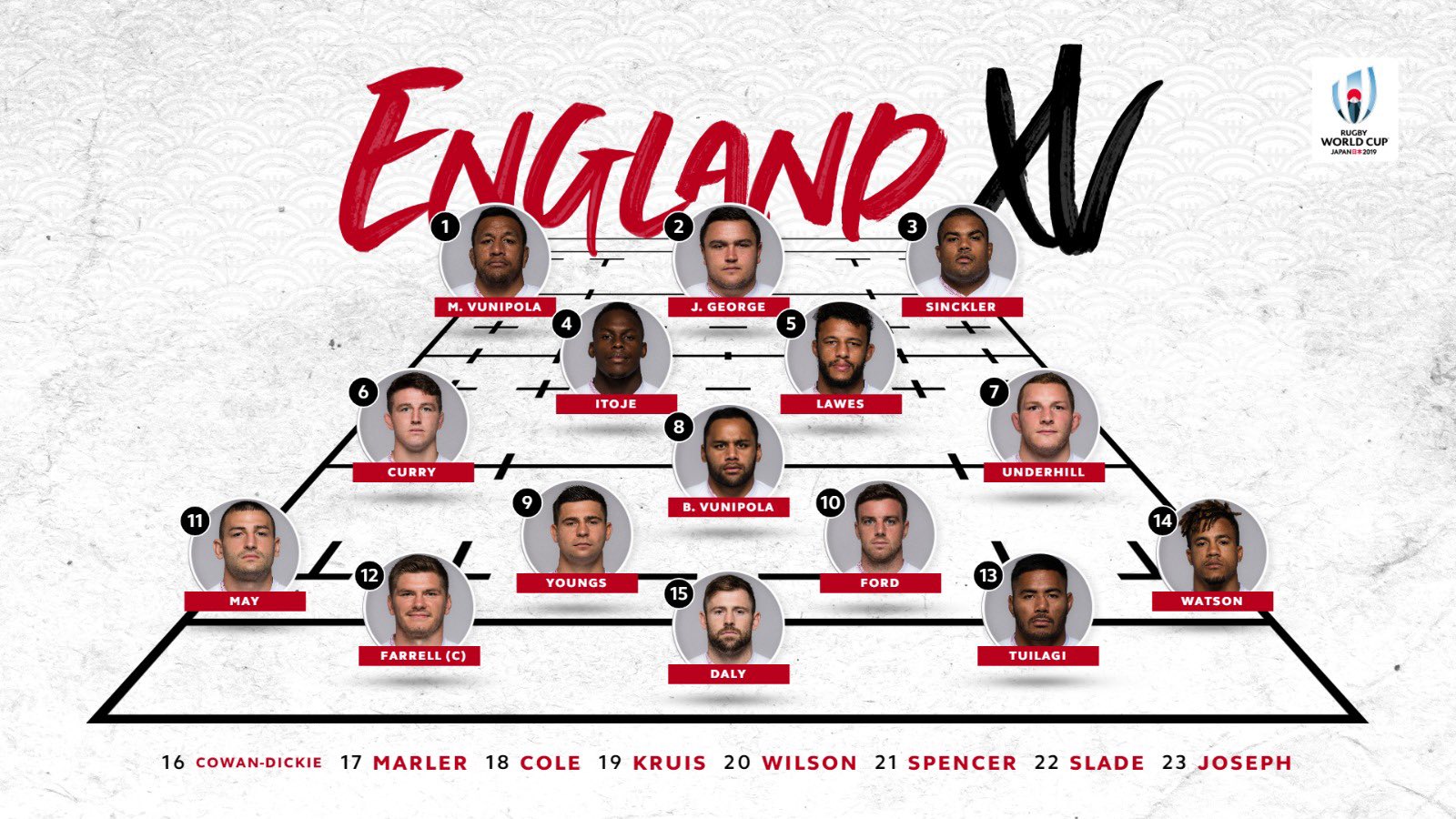 “Any Springbok captain carries a heavy load – probably doubly so in Siya’s case – and he has really risen to the occasion over the past two years.

“No one is hiding from the significance that would be attached to him lifting the trophy on behalf of this team and South Africa. But first and foremost on Saturday this is a rugby match that we’re only focused on winning.”