Springbok coach Jacques Nienaber and captain Siya Kolisi singled out the effective use of their point-scoring opportunities as one of the main keys to success as South Africa defeated Scotland 30-15 in the second match on the Castle Lager Outgoing Tour at Murrayfield on Saturday.

The victory followed on a victory against Wales in their opening match in Cardiff last week, and will serve as a good confidence booster as the team enter their final match of the tour next week against England at Twickenham.

Springbok wing Makazole Mapimpi scored both the team’s tries, while Elton Jantjies and Handre Pollard (flyhalves) and Frans Steyn (replacement back) kicked a combined total of six penalty goals as the team delivered a solid performance in which the forward pack laid a strong foundation a to hand the side the victory.

“We are fortunate to have two quality front rows, who work in tandem and the guys that started laid the foundation, which the replacements built on nicely when they took the field,” said Nienaber.

“In the build-up to the match we said as a team that everyone thinks Scotland is a great attacking team, but they’ve actually been the best defensive team in the northern hemisphere in 2020 and 2021, as they conceded the least points in the Six Nations and the Autumn Internationals. So we always knew it was going to be tough to break them down.”

Nienaber added: “In the first few minutes of the match we had all the territory and possession, but we knew that if we keep on knocking it will consume energy and we hoped to get a few opportunities at the back end of the match, and it turned out that way.” 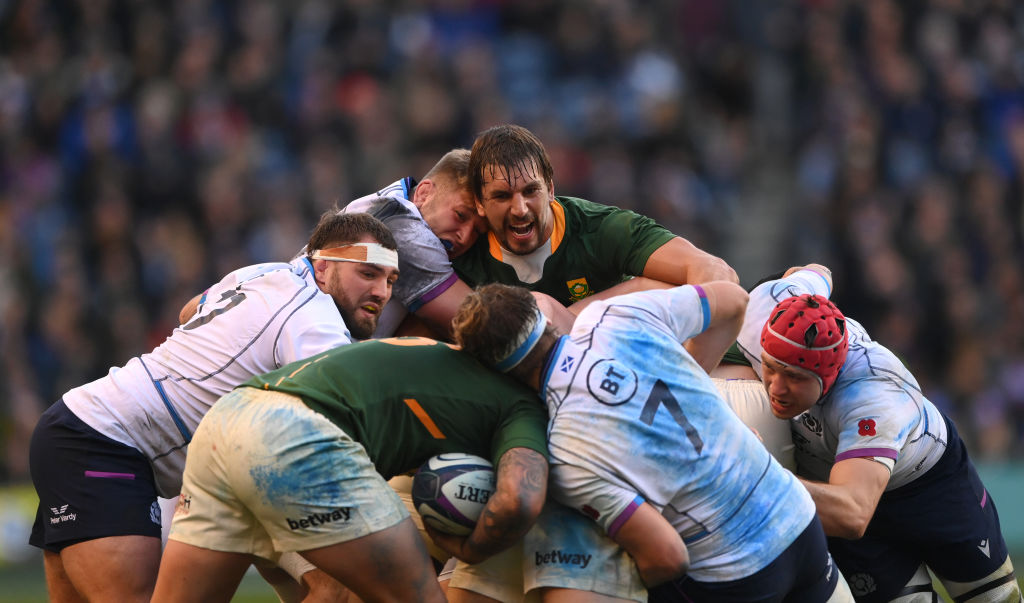 Kolisi said converting their opportunities into points was one of the key themes in the camp this past week, and lauded his team-mates for delivering on this.

“We didn’t change anything,” said Kolisi.

“The difference today was the way we used our opportunities, which we didn’t do as effectively against Australia and New Zealand.

“We scored two tries and there were times when we applied so much pressure they kicked the ball, and we won it back.

“That’s what Jacques has been driving – to see the opportunities and use them, and we did that today.”

The Springboks will travel to London on Sunday for their final tour match against England.